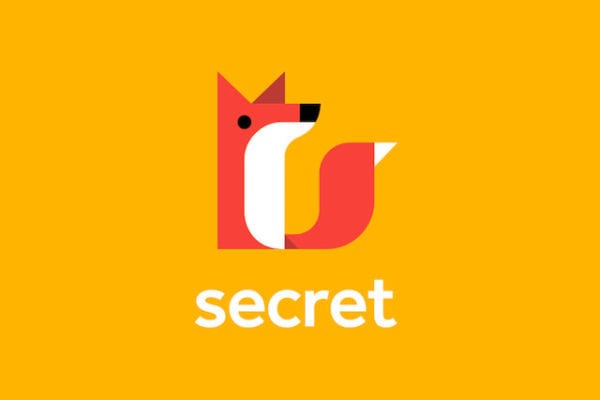 Business truly is a dog eat dog world. If one company can’t execute itself well, another one will quickly pop up and take its place and its profits. That is an extremely stressful prospect, so many businesses go through very careful planning to make sure that they can remain afloat and rise to the top. But, on the flip side, there are plenty of businesses that can’t keep up and will die out sooner rather than later. In this list, you’ll read about ten companies that failed due to just one mistake. 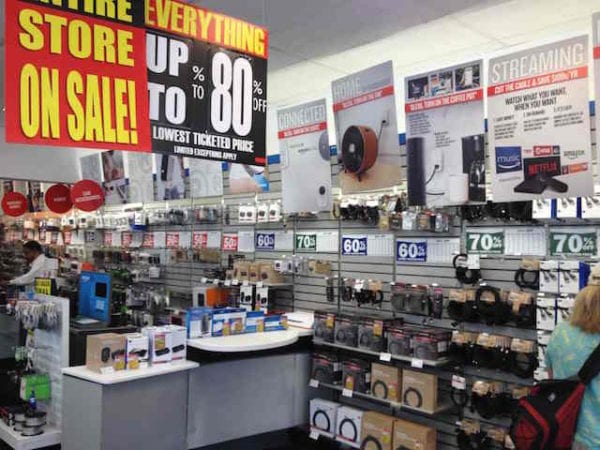 RadioShack existed for almost a century before meeting its downfall. There were several problems that contributed to the business eventually filing for bankruptcy, forcing it to close locations at a rate of over 200 per year, but there is one glaring mistake that stands out. Electronic sales started happening online and RadioShack decided to stick to its guns and didn’t even try to implement any form of e-commerce. Eventually, poor profit margins on what they could sell coupled with a loan they couldn’t repay took down what was once the go-to place for electronics. 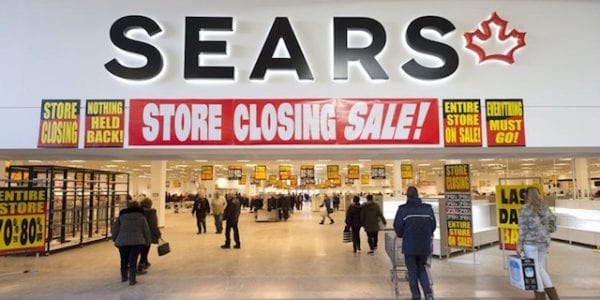 Sears was the department store back in the day but now, it has shut down more than half of its stores in the past decade. Over 100,000 jobs have been lost and Sears has a negative reputation. That reputation, of course, is what killed it. Sears is just viewed as frumpy, at best. Sears didn’t take care of its employees, with little room for advancement or increases in pay. The employees didn’t care about the company that didn’t care for them, leaving retail locations poorly maintained and only adding to the already poor reputation. If a company can’t value its workers, the workers aren’t going to care about their jobs, and value will just continually dwindle. 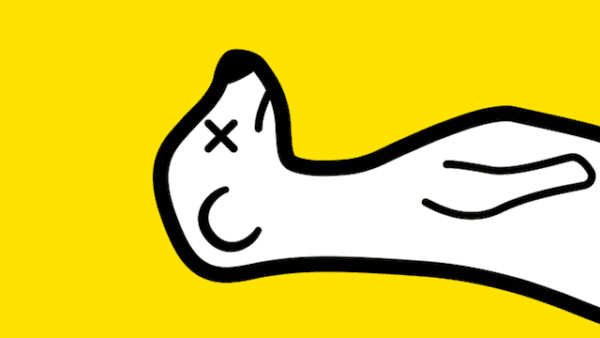 Have you ever heard of Meerkat? What about Periscope? Both of these are live-broadcasting social media apps. Meerkat rolled out just before Twitter launched Periscope and Facebook implemented this same feature shortly after. The problem that befell Meerkat is that despite the millions it received in funding, much of that was spent on celebrity endorsement rather than creating a great user experience and sense of community. When it comes to social media, the user experience is everything. Meerkat simply focused on the wrong thing and fizzled out. 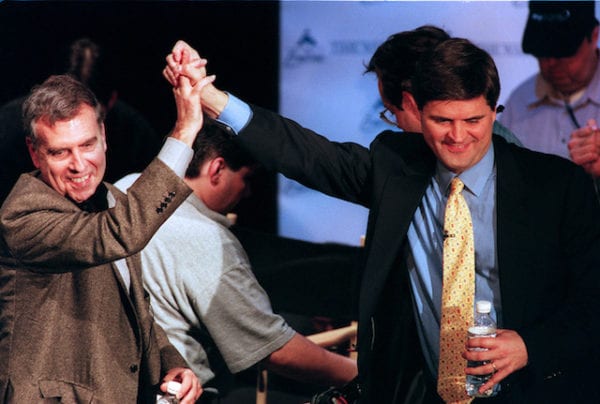 The merging of AOL and Time Warner in 2001 is widely noted as one of the largest business fails in history and this one mistake cost two companies and $99 billion. The idea behind the merger was simple. AOL had an online audience, Time Warner had a television audience, and putting the two together would allow for a larger consumer reach. Instead, the two businesses failed to make sure that their organization was compatible. This resulted in poor organization overall, poor management, and a massive failure.

Vine was incredible for most of its users and it is something that a lot of young people miss greatly because there isn’t a platform that replicates the experience. However, no matter how well-loved a company is, it can still fall apart. Instagram launched a video feature several years ago that would also allow content creators to post short videos, and Vine just couldn’t bounce back. The reason that the creators left Vine is that there was no way for them to generate any revenue whereas they could do so on Instagram and even Youtube. Vine didn’t create enough incentive for content creators to stick around. 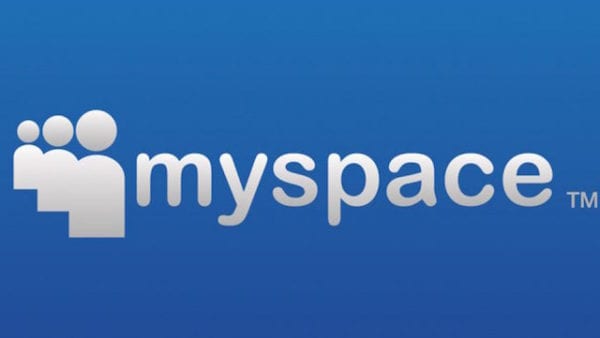 MySpace pioneered what we know as social networking sites. It was the biggest and the best until Facebook came into the picture. Facebook started as just a college thing, but soon it evolved to have things that MySpace failed to provide, like a way for online businesses to target their audiences and even just a mobile app. The problem that took MySpace down, in the end, is that they got too comfortable and didn’t strive to innovate the user experience in a timely manner. An entire year after Facebook, when MySpace was but a wasteland, the app rolled out. 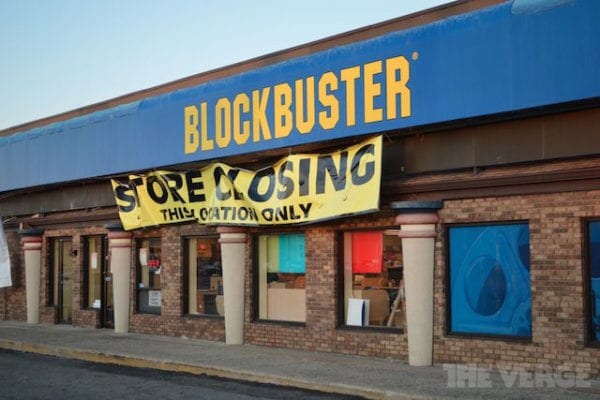 Throughout the 90’s, Blockbuster was an entertainment juggernaut. It was the place to go to rent movies and video games and a decision seemingly made out of sheer panic began the company’s slow decline. In 1994, box office sales dropped by 2% so Blockbuster had its own type of solution: add impulse purchase items such as toys, candy, and eventually electronic accessories to the shelves instead of taking the matters of promoting their new releases into their own hands. As social media grew, Blockbuster fell behind and eventually fell off entirely. 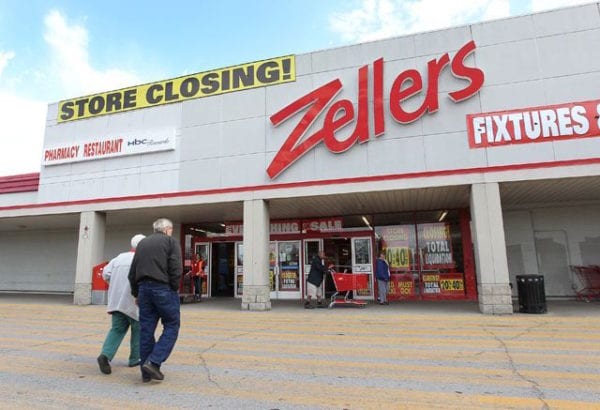 Zellers was a chain of clothing stores in Canada, similar to many of the department stores in the US. Zellers’ claim to fame was the incredibly low prices and it was the cheapest place to get clothes until Walmart spread further north. Instead of concentrating on other aspects of improving the business and presenting itself as a solid competitor, Zellers just started buying up more retail locations. The logic, it seems, was that if there are more Zellers locations than there would be more customers. However, it didn’t pan out that way in the end.

Yahoo is a search engine and email service that was worth an incredible $125 billion at its peak. However, it recently sold to Verizon for less than 4% of that. The mistake that killed Yahoo expanded so fast that it was hard for the company to keep up. Higher positions in the company were almost like revolving doors and millions were spent pursuing strategies that never panned out in the end. Poor planning led to a sharp decline in Yahoo because its products were of lower quality and it wasn’t even trying to compete with the emerging Google.

Secret raised $35 million in venture capital in just a few months; it was an app that would allow users to post anonymous messages, falling somewhere between Whisper and Curious Cat. The mistake that took Secret down is that it was pushed out too soon, leading to a very bad first impression. There was no system to report people for cyber-bullying and because of the fact that users could only see first- and second-degree connection posts, there were many users who would log in for the first time and see absolutely nothing.