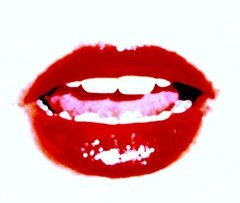 As a partially reformed foul mouth, I’m always intrigued by cussing in the work place. For some businesses it’s obviously totally off limits. You can’t have the hostess at the Olive Garden telling you to sit your sorry a** down. However, in light of recent economic news, I can’t think of another time people would be tempted to let ‘er rip.

It seems the more intimate the setting, the more likely people are to use swear words. Or maybe it’s a generational/societal thing and we’ll all be swearing and thinking nothing of it soon. It’s a slippery slope. (I have to remind the neighbor kids that we don’t use frickin’ at my house.) Or maybe it just depends on the workplace.

What’s the Point of Swearing at Work?

I learned that you can always find another word to get your point across. But sometimes that’s just not true. Sometimes you want the wow factor of a cuss word. But as these words become more accepted, does the wow wear off? And then what’s left behind?

A lot of people believe swearing at work can improve morale? One 2007 study even ‘proved’ it. Have you ever felt a little closer to the boss after the dropping of an F-Bomb? A relaxed attitude can make people feel more comfortable, but does this lead to increased productivity or just a degradation of workplace civility?

SEE ALSO:
7 Functional Features You Need on Your Business Website

Do Men Swear More Than Women?

More interesting is the difference between the sexes. Are guys more prone to cuss at work, or only in front of other men? When I was working for a big accounting firm I found out that certain partners communicated quite differently with the men than they did with the women. I never heard them utter anything improper. The guys, however, enjoyed a much less restrained relationship. I always wondered if that worked to my benefit or detriment. It would have been nice to cuss with the guys, but it was also quite pleasant to be spared from their uncensored frustration.

Do you use foul language at work and if so, do you have any self-imposed rules for doing so?