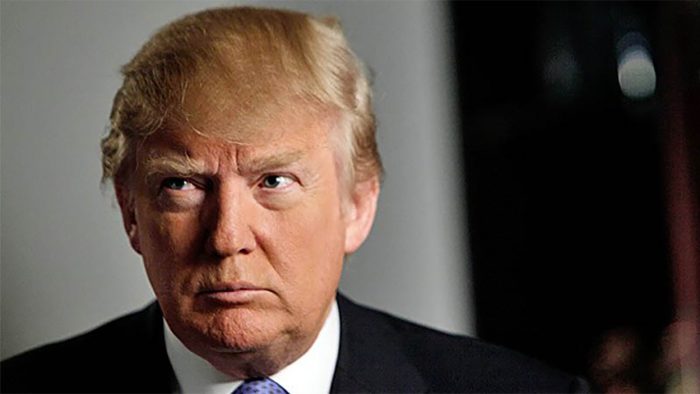 Donald Trump’s net worth has been a major point of debate throughout the US Presidential race.

While Trump claims his net worth is somewhere in the $10 billion range, most publications believe he is worth closer to $3 billion to $4.5 billion.

Because Trump has failed to release all of his business and personal finance information, the best we can do it determine his net worth by examining what the top wealth publications have to say about his earnings.

Forbes wanted to determine the entire value of the billionaires real estate and personal holdings. They broke down his fortune into several areas which we have highlighted below.

Among the billionaires “other properties” are Trump Tower Las Vegas, Trump Tower International in Chicago, Trump Winery in Charlottes Ville, VA, and the D.C. Post Office building, among others.

Trump has also licensed his name to other companies and building owners, all of which added to his “assets” and “other” earnings to total $1.78 billion. 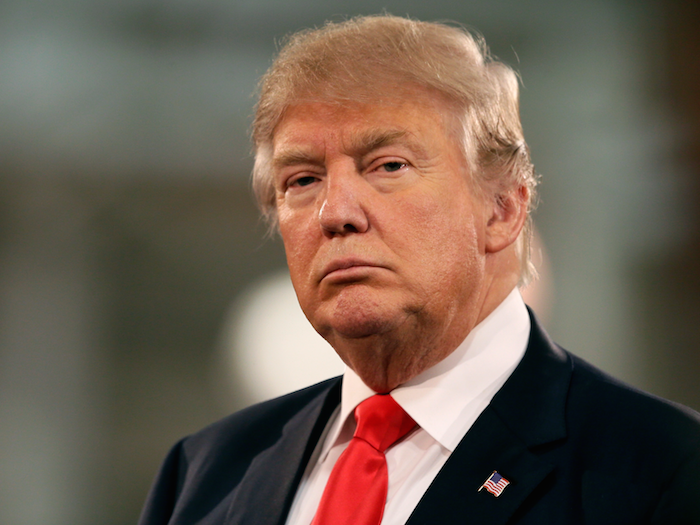 Bloomberg claims that Donald Trump’s Net Worth is closer to $2.9 billion.

Among the assets listed by Bloomberg are Trump’s properties, aircraft, golf courses, and cash holdings.

Here’s the Bloomberg valuation for Trump’s net worth compared to his own claims: 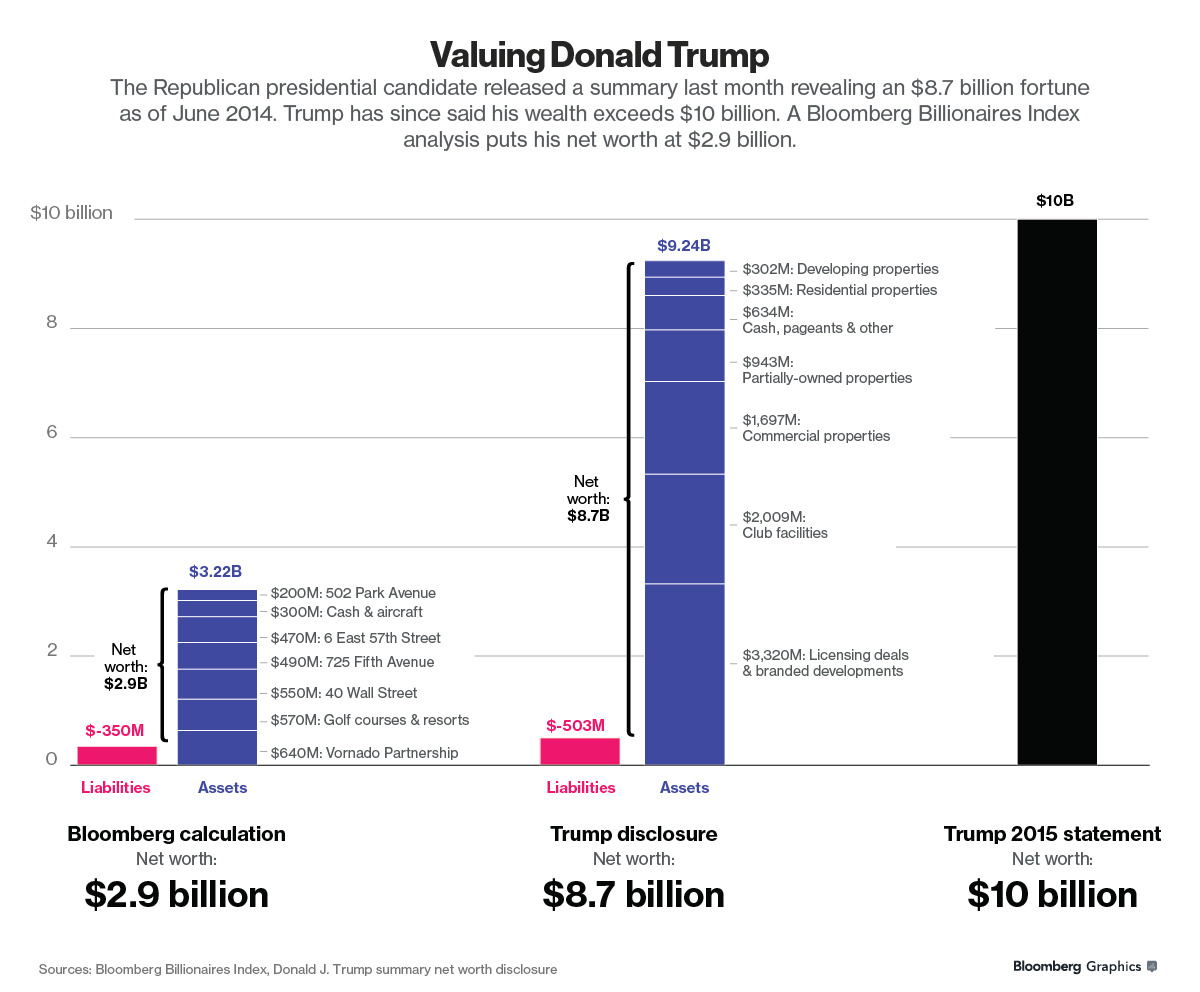 Bloomberg does admit that there may be some disclosures that its own analysis doesn’t take into account, such as royalties and fees that are collected for use of the Donald Trump name.

In any case, Trump’s valuation of his own assets put a much higher premium on their worth than Bloomberg’s own valuation.

Fortune has placed Trump’s net worth at $3.92 billion.

In its analysis, the publication examines Donald Trump’s real estate holdings, his assets through rentals, and his other holdings. Fortune combined Trump’s own filings with publicly available data to estimate his possible net worth.

Fortune started by examining Trump’s commercial and condo properties, including his flagship Trump Tower in Manhattan.

Royalties from book deals and other partnerships: $63 million

Combined revenue: $235 million in rents, $63 million in royalties, and $400 million in all other income—chiefly golf course revenues and condo sales—for a total of $698 million.

That total was rounded up to $700 million.

After expenses: $700 million in revenue delivers operating profits of $224 million.

Fortune says it then determined the multiples that Trump’s fortune deserves by examining other popular real estate holding companies and REITS in his industry to estimate a fortune of $3.75 billion.

Other investments: Fortune added $171 million to Donald Trump’s net worth, for a grand total of nearly $3.92 billion. He is cash and bonds heavy as a risk-adverse investor.

Fortune’s estimate of Donald Trump’s net worth is based off: “Giving Trump every advantage —including top range on all his revenue estimates and a princely p/e. If we take the low ranges, his net worth would be considerably less, though still significant, more like $3 billion.” 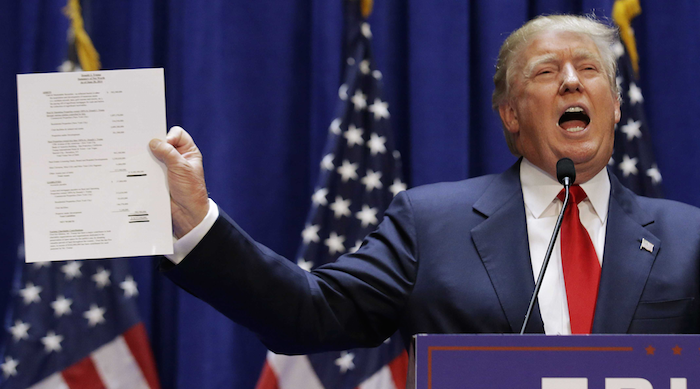 Let’s split the difference on Donald Trump’s Net Worth

Keep in mind that Fortune admits to using the “highest possible” valuations on all of Trump’s businesses.

In any case, Donald Trump’s net worth is nowhere near what he claimed in 2015 when he tried to convince voters he was worth a cool $10 billion.