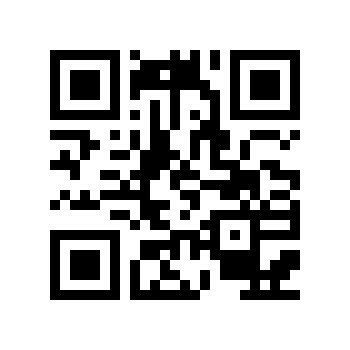 Facebook will likely let users create QR (Quick Response) codes for their profiles. QR codes are like personal bar codes, but they hold more information. When a mobile phone camera reads a QR code, it converts the QR code’s content (text, links, photos, and other media) into a readable format. TechCrunch has the scoop on Facebook’s experiment:

…we’ve gotten a number of tips in our inbox in the past 10 minutes so it’s safe to assume it’s not a hoax or anything: Facebook appears to have started enabling users to generate custom two-dimensional QR codes.

From the looks (our) screenshot, there are two types of QR codes: a personal barcode or a “status QR barcode”. This also seems to appear on Facebook Fan Pages.

Judging from the tweets about this, the QR codes don’t seem to actually function yet, and the links on pages appear to come and go.

“We’re always testing various features on the site, but we have nothing more to share at this time.”

While status updates may not be the most fascinating use of QR codes, Facebook’s move does reflect a bigger trend. PCWorld has more on their overall use:

The QR Codes are just a simple bridge from the Internet to the “Outernet,” a concept that seems to be on many people’s minds here (at SXSW, where the article was written). They allow you to get Internet content about something that you are close to or looking at in the real world.

If the people I’m talking to here are correct, QR Codes — or something like them — might start showing up everywhere. Especially as mobile networks get faster and mobile devices get easier to use (think iPad). Stop me if you’ve heard this one before, but QR Codes are already quite common in Japan.

I can imagine a roomful of people wearing their QR Code T-shirts pointing their devices at each other, deciding who they want to meet, in a sort of augmented speed-dating ritual.

And don’t be surprised if you start seeing QR Codes as standard on business cards everywhere.