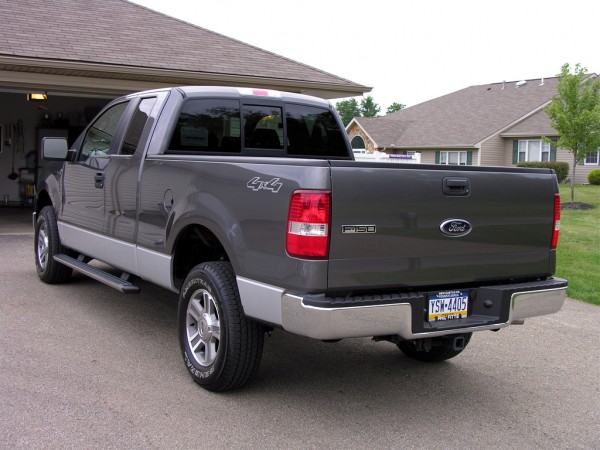 Ford is recalling 144,000 2005-2006 F-150 pickups because airbags in the trucks have deployed unexpectedly and injured people. The recall comes after the National Highway Traffic Safety Administration asked Ford to recall more than 1 million F-150s last month. The Detroit News has more:

NHTSA, which has been investigating the issue since September 2009, took the unusual move of sending a formal letter for a recall after Ford refused to voluntarily do so. NHTSA convened an agency panel in December to approve the decision to send the recall request letter. In its investigation, NHTSA reviewed complaints that said 238 driver air bags on 2004-06 F-150 vehicles inadvertently deployed without warning causing 77 injuries. The injuries included chipped and broken teeth, cuts to the arm, hand and face, lacerations and minor burns. Two owners reported a loss of consciousness as a result of air bag deployment.

In resisting a recall, Ford had argued that the number of incidents was low, that the injuries were minor and that “consumers received adequate warning” because the air bag warning light was on and they should have gotten the vehicle serviced.

Typically, automakers agree to a recall after NHTSA completes an engineering analysis and makes a request.

“(Automakers) will negotiate with the agency — they may agree to a service campaign or an extended warranty or a more limited recall,” said Allan Kam, a former NTHSA attorney. “When NHTSA goes eyeball to eyeball with the industry, the industry usually blinks because of the risk of adverse publicity.”

Ford will keep updating the NHTSA about vehicles made during the years in question, according to the article. Ford is probably hoping this recall doesn’t have to get any bigger.