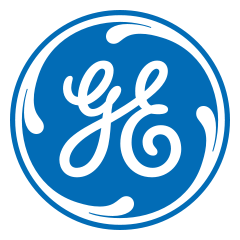 The Wellstream purchase expands GE operations in Brazil, where Exxon Mobil Corp., BG Group Plc and state-controlled Petroleo Brasileiro SA may need to spend more on Wellstream’s flexible pipes and risers to ramp up energy production. GE said in November it would spend $500 million to expand energy, transportation and health-care manufacturing in Brazil while adding its fifth global research center.

Buying Wellstream supports CEO Jeffrey Immelt’s strategy to build up GE’s industrial business while shrinking the finance unit as a source of sales and profit. Immelt said in October that GE had about $20 billion in discretionary cash to spend as he unlocks a war chest amassed over two years.

The acquisition will be added to the GE Oil & Gas unit, which generated $7.7 billion in sales last year. GE agreed to buy oil-field equipment maker Dresser Inc. for about $3 billion in October. With Dresser, GE added industrial valves and pumps to challenge companies such as Tyco International Ltd., Flowserve Corp. and Emerson Electric Co. Other energy-unit acquisitions this year included the waste-heat power generation business of closely held Calnetix Inc. for an undisclosed sum.

GE’s buy is reflects the consolidation that has been going on in the oil and gas industry this year, according to the Wall St. Journal:

The Wellstream deal, “is symptomatic of what’s going on in the wider industry,” said Evolution (Securities) analyst (Keith) Morris. The oil and gas services sector has seen significant consolidation in 2010, following a steep downturn in 2008-2009, and this is likely to continue, he said.

In February, one of the sector’s largest companies, Schlumberger Ltd. (SLB), agreed to buy Smith International Inc. (SII) in an all-share deal worth $11 billion. Norwegian companies Acergy SA (ACY.OS) and Subsea 7 Inc (SUB.OS) have combined their operations in a merger worth around $5.4 billion.