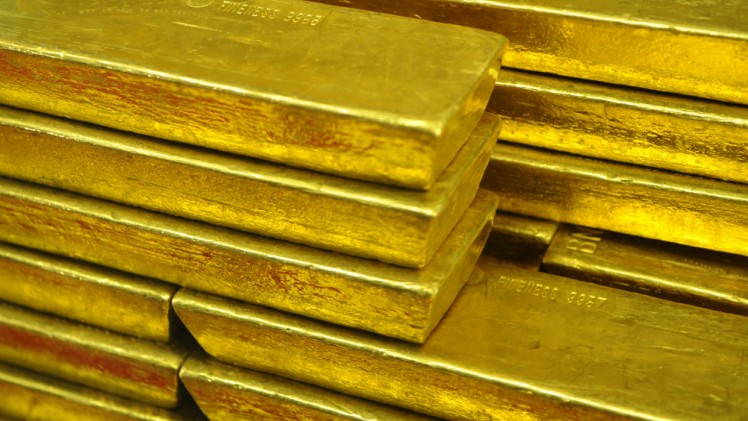 Gold climbed above $1,300 a troy ounce on Monday, a move that was helped along by a weak dollar and investment inflows.

The price of gold hovered close to $1,300 earlier in the year, but failed to keep its momentum.

Recent weakness in the dollar combined with investment inflows gave gold the push it needed to climb over the $1,300 psychological threshold.

Gold prices tend to rise when the US dollar weakens since it is priced internationally. A weaker dollar usually makes gold cheaper to buy for consumers outside of US, especially in India and China.

The dollar weakened last week after the Bank of Japan said it would keep its monetary policy unchanged. The US government also announced that the gross domestic product in the US failed to impress in the first quarter.

Analysts say the key factor that will determine the direction of gold prices is any indication from the US Federal Reserve on when it might shift monetary policy and tighten rates.

In recent weeks, industrial metals such as copper have gained strongly on signs of better demand from China. Analysts believe silver will follow suit as demand increases.