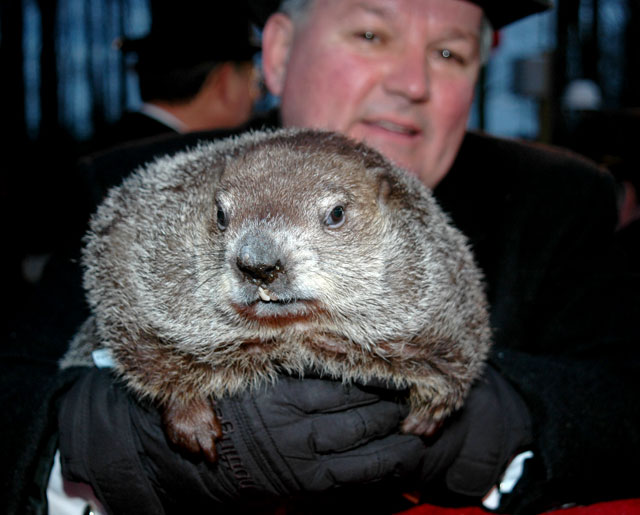 Or was that 6 more weeks of winter? We can’t tell them apart anymore. Punxsutawney Phil, the famous groundhog who uses his shadow to forecast more winter, made the fated move this morning on Groundhog Day in Punxsutawney, PA. From the New York Daily News:

‘‘After casting a joyful eye towards thousands of his faithful followers, Phil proclaimed that his beloved Pittsburgh Steelers were world champions one more time,” said the announcer at the annual event, as Punxsutawney Phil — the most famous groundhog in the world — gazed out at the cheering crowd.

”And as he looked, ‘a bright sky above me showed my shadow beside me. So six more weeks of winter it will be.’ Oh, woe is us. Woe is us!”

That’s it for Groundhog Day 2009, folks. It means we can’t fret about the economy in T-shirts until April.