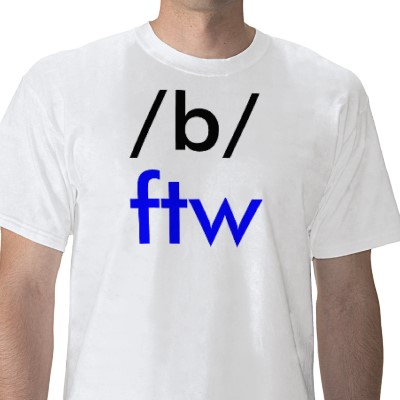 Recently, 4chan pwnd Time Magazine’s poll to identify the World’s Most Influential Person. The online community dominated that poll and made the founder of 4chan, moot A.K.A. Christopher Poole the winner. That’s not surprising. 4chan is known for pwning everything it can get its hands on.

But this last week 4chan got a little of it’s own medicine when it’s infamous /b/ board got crippled (that’s Internet slang for “it stopped working right”). For over a week, the 4chan /b/ board was down. The question is why?

Here’s the scoop straight from our anonymous source’s mouth:

Spammers posted pics with a link saying “See nude girls here?” – The link led to a zip file that was an autoexecutable virus. Allegedly the autoexecutable was a virus based on Virtumonde. The altered virus was able to create a MASSIVE botnet capable of DDosing the board. So in essence, the people who brought down /b/ turned out to be /b/ itself. To many people got infected with the virus that is DDosing that board.

4chan users got tricked into downloading a virus which turned around and attacked the server that the 4chan /b/ board forum runs on. The way to fix the problem is for 4chan users to clean up and get rid of the virus.