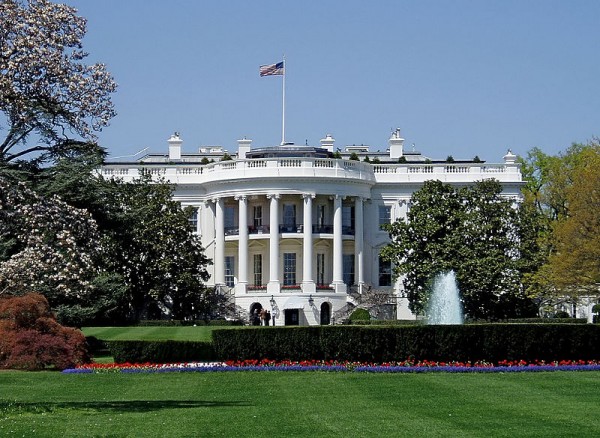 How can the government support entrepreneurship? There’s no easy answer to this question. People have written books on the topic for years, but it’s anyone’s guess as to who is right.

The Obama administration’s latest effort to foster an innovative economy is called Startup America. It aims to increase opportunities for entrepreneurs through increased availability of funds, mentorship, education, and support systems.

I wanted to review how effective the program might be in more depth, so I consulted the Global Entrepreneurship Monitor (GEM) Global Report’s 2010 survey. Researchers surveyed more than 175,000 people in 59 countries to reach the bolded conclusions below. I pitted those conclusions against Startup America to see how our program measures up:

“In the US and Western Europe, people become entrepreneurs because ‘they recognize
an opportunity that can improve or maintain their incomes or increase their independence.'”

In the US, we’re lucky in that we culturally revere entrepreneurs. So how, and through what organizations, can we encourage even more people to be entrepreneurs? I can’t see a public campaign by the government itself working that well–picturing cheesy pro-entrepreneurshup ads and pamphlets nobody reads–but extending more grants to non- and for-profits that do encourage entrepreneurship might help accomplish this task.

The program doesn’t address such entrepreneur PR directly, but does put juice into programs geared at encouraging entrepreneurship.

“Nordic countries (Netherlands, Sweden, Denmark and Iceland) showed especially high proportions of opportunity motives. A…desire to improve incomes or increase independence…(plotted) against “rule of law” (extent people have confidence in, and abide by the rules of society) shows that th(e entrepreneurial) motive increases with greater rule of law.”

This doesn’t translate into the need for more law as much as people having faith in the rule of law. Translation: A transparent, non-corrupt government (or at least a government that is not perceived as being corrupt) make people feel better about entrepreneurship. In this sense, the government cleaning up its act will actually benefit entrepreneurship.

Nobody in the program is addressing this connection.

“(T)here are more entrepreneurs in the 25–34 age group than any other age range.”

Encourage and teach entrepreneurship in schools.

Startup America has at least five programs, some with nonprofits, some with companies, that will encourage grade school and college entrepreneurship. Many are regional in nature; it would be nice to see more far-reaching national programs.

Many business go sour because the market drives them out, but the government could play a part in making access to financing easier for viable businesses going through hard times.

“The Treasury will host a conference March 2011 to explore access to capital for small and entrepreneurial businesses,” according to the Startup America fact sheet.

* The Tax Relief, Unemployment Insurance Reauthorization and Job Creation Act of 2010 provides a 100-percent exclusion from tax for capital gains realized on the sale of certain small business stock held for more than five years.

It’s something, but the extent of this part of the program will be unclear until the Treasury releases more details.

“Entrepreneurship does not impact an economy simply through higher numbers of entrepreneurs. It is important to consider quality measures, like growth, innovation and internationalization.”

According to this blog post by Phil McKinney, small businesses file more patents per worker, and those patents are of higher quality than in large organizations.

The U.S. Patent & Trademark Office is…(giving) innovators more control over the application processing and support a more efficient market for innovation. Under this initiative, applicants would be able to request prioritized examination (Track I), obtain processing under the current procedure (Track II), or request a delay lasting up to 30 months (Track III). Entrepreneurs who are seeking capital, or accelerated market penetration, may benefit from the prioritized examination offered by the Track I option. In contrast, those entrepreneurs working to commercialize more embryonic ideas may prefer the extended timeframe associated with Track III. Another benefit to entrepreneurs will be shorter overall examination queues.

But they don’t address patents for small businesses in particular.

“Economies need to enable people to start businesses when it is necessary, but they also need to encourage those attracted by opportunity to venture into entrepreneurship, even when they have other work options.”

Here’s the laundry list of mentorship-related programs, both public and through public-private initiatives:

* The SBA, Department of Energy and Advanced Research Projects Agency-Energy (ARPA-E) are funding four business accelerators that will “provide intensive mentorship from seasoned entrepreneurs to a selection of the most promising new companies previously funded by DOE and ARPA-E.

* The Department of Veterans Affairs (VA) will establish two of the first integrated business accelerators focused solely on helping our Veterans launch and sustain their own businesses.

* HP is investing more than $4 million in 2011 in HP Learning Initiative for Entrepreneurs (HP LIFE), a global program launched in 2007 that uses educational and technology outreach aimed at helping entrepreneurs and small business owners create and grow commercial opportunities.

* As part of Facebook’s ongoing commitment to encourage entrepreneurs, the company will launch Startup Days, a new series of 12 to 15 events around the country designed to provide entrepreneurs with access to expertise, resources and engineers to help accelerate their businesses.

* TechStars, which invests in seed companies, is adding incubators in 20 cities.

The government is also soliciting feedback from existing entrepreneurs and holding roundtables and workgroups.

The program is on the right track, but something more aggressive might yield more dramatic results.

“Entrepreneurship needs both dynamism and stability. Dynamism occurs through the creation of new businesses and the exit of non-viable ones. Stability comes from providing new businesses with the best chance to test and reach their potential.”

How can a government foster that chance? With access to capital, resources and support.

* The Small Business Administration is also launching a private sector investment matching program, in which they’ll match up to $2 billion of private capital with secured bonds. $1 billion will go to “funds that invest growth capital in companies located in underserved communities” and “emerging sectors” like clean energy. $1 billion will go to early stage seed funds.

* The Treasury Department is discussing this issue, and will release more details in coming weeks.

“Entrepreneurship in a society should contain a variety of business phases and types, led by different types of entrepreneurs, including women and underrepresented age groups.”

Summary: Based on the global entrepreneurial policy standards put forth by the GEM, Startup America is right on track in many ways, and lacking in a few others. Like many government policies, it’s a mixed bag.