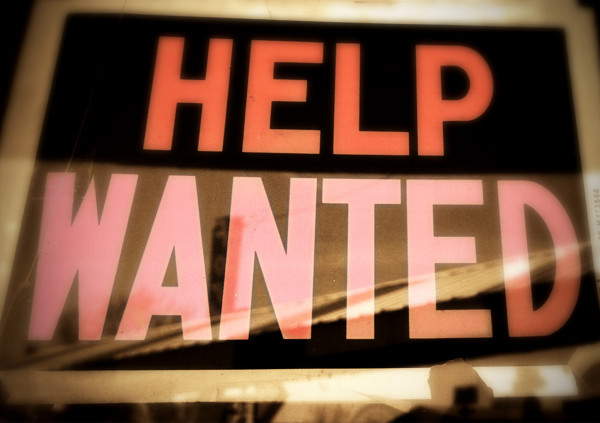 Matthew Yglesias wrote a perceptive piece at Vox this weekend on the “mystery” surrounding unfilled jobs. Basically, there are a lot of job openings right now but they don’t seem to be filling up as fast as you’d think, given the equally high number of folks looking for work (or new work).

This problem has bedeviled policymakers for years. All throughout the Great Recession, the refrain went, companies couldn’t hire because the available workers didn’t have the right skills. So unemployment remained high and the positions remained unfilled.

But as Yglesias points out, that “skills gap” might be overblown. American workers, on the whole, are better educated than they have ever been. And if companies need workers that badly, the cost of hiring less-than-ideally-qualified candidates and training them would seem to be far below that of allowing the position to sit unfilled for months, if not years.

But Yglesias also points to the problem posed by technology, namely that it has made applying for jobs so easy that hiring managers are inundated with choices. And that, in turn, has created a “tyranny of choice” for those companies.

Wait, what’s the “tyranny of choice”?

The “tyranny of choice” (or “paradox of choice”) refers to the idea that an abundance of options may be a bad thing since it can result in an inability to make decisions.

The concept was introduced by psychologist Barry Schwartz in 2004, and followed groundbreaking research by psychologist Sheena Iyengar. Writing in Scientific American, he argued that “although some choice is undoubtedly better than none, more is not always better than less.” People can essentially be divided into two groups, “maximizers” and “satisficers.” The former want to make the best choice and spend an inordinate amount of time researching all their options, while the latter group will be perfectly fine settling for “good enough.”

Scwartz’s research found that maximizers often had higher rates of anxiety and depression; the failure to reach the best decision caused emotional distress. One possible reason was the concept of “opportunity costs” – the costs associated with choosing one thing over another. “Sometimes,” Schwartz wrote, “opportunity costs may create enough conflict to produce paralysis.”

How does that fit into hiring decisions?

With the rise of the Internet, there are few barriers to entry when it comes to job applications. It’s really easy to enter words into online forms and click “Submit.” Sure, that oversimplifies the process in most cases, but incentives can also skew in favor of applicants putting less effort into more applications. Which can mean a lower quality of applications and hiring managers perceiving a dip in quality of the applicants themselves.

In any case, technology makes it really easy to apply for jobs. And so HR departments find themselves with more candidates to sift through. In other words, the tools make job applications so easy to create that companies have to make hiring decisions based on large pools of (what they perceive to be) lackluster candidates. The incentives for applicants are such that less time should be spent on any individual application (after all, if companies are being inundated with the things it would be foolish to waste too much time on your one unless you perceived a perfect match). And the incentives for companies are such that, with so many candidates and computers making it easier to sift through them, finding a needle in a haystack should be doable – eventually. That “eventually” turns into the lengthy hiring process we’re now seeing.

And, as the Wharton School’s Peter Cappelli pointed out in a 2013 piece for the Harvard Business Review, companies were focused on cutting costs throughout the recession:

Line managers with profit-and-loss responsibility also have a big financial incentive to avoid adding new employees and the associated costs, so the pressure to hire often comes from overworked employees who demand more help when business and the workload picks up. But even when managers give permission to hire, they may drag their feet about actually bringing someone on. With all those people looking for jobs, why not be picky? Candidates routinely report that companies now take months to make hiring decisions, putting the candidates through round-after-round of interviews with long pauses in between, as the employer picks through the many worthy candidates.

And University of Chicago economist Steven Davis told Yahoo last year that another complicating factor is the proliferation of screening tools. The Internet, after all, makes background checks just as easy as job applications.

But with all those job openings, employers likely aren’t the only ones who could be holding out for the perfect. Schwartz told NPR that he tries to warn his students against the tyranny of choice in the job market.

“When we live in a world of essentially limitless options our expectations about how good the option we end up with go through the ceiling,” Schwartz says. “So you get something that’s great, but it’s not perfect, so you feel like you’ve failed.”

Unfortunately, the impact of the Internet on the hiring process hasn’t been thoroughly examined yet. Yglesias points to just two studies: one from Peter Kuhn of the University of California Santa Barbara that finds average application quality dropping while another from Constantin Mang of the Ifo Institute finds that online job searches better match candidates to employers than other processes.

Could something else be holding back hiring?

While companies may be crippled by having too many options and hobbled by not having enough good ones, it’s also true that the nature of work itself has changed. Many firms have shifted to relying on temporary help filling those open positions. And since those temps don’t usually receive benefits, their labor comes at a lower cost to the company. Those hiring managers have less pressure to find a perfect candidate if that position is being adequately filled.

Sometimes, those temps go full-time. But that transition can be drawn out, or happen not at all depending on the requirements of the position and the company’s understanding of it. After months of going without a permanent replacement, management could realize that the position isn’t really necessary after all. Or, it could change it fundamentally and reboot the hiring process. Or just string temps along to avoid a more costly permanent employee and hold out for a stellar candidate.

So how do we fix this?

Get rid of the Internet?

But seriously – the focus on a “skills gap” might be part of the problem. A better policy solution might be doing more to improve job seekers’ skills at applying and interviewing. But if that increases the number of high-quality choices for employers, the decision might get more difficult.

Cappelli, the Wharton professor, says that usually these situations sort themselves out because employers “eventually learn that they either have to raise their pay or lower their expectations in order to get the workers they need.” But the longer companies go without those workers in an effort to find the perfect one, they may discover there isn’t really much of a “need.” And that keeps wages down and expectations high – if anybody is hired, they better be really good.

There likely isn’t a silver bullet, especially in a case like this where technology is clearly shifting incentives to create a situation everybody seems to dislike. Perhaps, once everything shakes out, those incentives will end up giving us an entirely new definition of work.

So it isn’t really a “mystery” as to why positions stay open much longer today. The real mystery is how that changing hiring process will transform the wider economy when all is said and done.