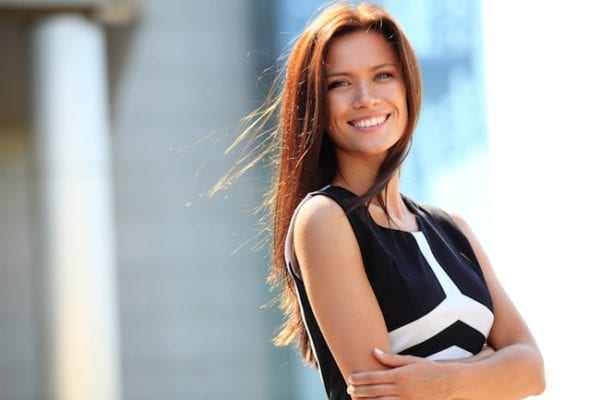 It’s all too easy to let your confidence get dented but it’s not good when it happens. Why? Confidence has a huge part to play in the way that your career develops. When you feel confident and have a strong sense of self-belief, it’s been demonstrated that you more likely to set and attain goals. When self-doubt sets in it gets in the way of achieving what you want to achieve and can set your career back.

Women, in particular, need to feel confident more often in the workplace. There’s a body of evidence which suggests that women need to feel a complete sense of confidence before putting themselves forward for promotion or asking for a raise. This can lead to women lagging behind their male peers when they’re suffering from a lack of confidence. Evidence from Google’s internal promotion plan showed that when people could put themselves forward for a promotion – men did so far more often than their female peers despite there being no underlying difference in performance between the two sexes.

Things That Can Hurt Your Self-Confidence

People often sabotage their own confidence; they set standards that are too high and then fall beneath them. It’s also true that others in the workplace can harm your confidence too if you let them. Here are some of the things that have been shown to damage people’s self-esteem in the workplace and what do when you face them:

Having pride in a job well done is a good thing. We should strive to produce our best work and deliver the results that the businesses we work for demand. However, it’s also possible to take this too far. When people perform well, there’s a risk that they will become overly demanding of themselves. They begin to set unattainable standards in the quest for the perfect piece of work and then become discouraged and doubting when they fail to hit those standards.

To avoid this you might want to look at the fact that in the majority of cases; getting work done is better than getting work done to a ridiculously high standard. You should focus on the fact that your best has been good enough to get you where you are today and it’s good enough to get you where you want to be too. There’s no need to sweat every single tiny detail; the chances are that even if you do hit that perfectionist target – no-one else will notice except for you.

The Fear of Failure

The truth is that failure offers us learning experiences. If you go for a promotion and don’t get it; you’ll learn what it is the interviewer and selection panel wanted to see. You’ll then know what you need to do in order to get that promotion next time. If you don’t go for the promotion; you’re no wiser than you were before the process began.

The trick is to try new things, to set loftier ambitions and then to learn from both your successes and failures. Yes, successes too. The fear of failure doesn’t mean that we will fail; it just means that we’re afraid to fail.

A Lack of Engagement

Doing something that isn’t challenging or interesting is a great way to find yourself disengaged from your work. Do that for long enough and you’ll start to lose your self-confidence and begin to do the job less and less well.

If you feel that you’re under-utilized or that you’ve stopped learning in the role you currently do; it’s time to look for something new and put yourself back into a position where you’re revitalized by the work you do every day.

If that’s not possible at this moment in time – it can help to focus on the positive outcomes you create every day. Make a note of when you delivered something of great value or hit a target and celebrate it. The more you see the value in what you do, the more you will see the value in yourself and your confidence will return.

There’s nothing worse than the micro-manager. They’re there every time you turn around. They always have something to say on even the most tiny aspect of your work. They make you feel like you’re doing something wrong and they do it constantly.

The truth is that this kind of boss isn’t trying to dent your confidence. They’re suffering from a lack of confidence in themselves. Good bosses are content to let people perform, bad ones get it into their head that they’re responsible for everything that goes on around them and then they try and get involved in everything.

It might be hard at first but you need to understand that this is their problem and not yours. Don’t let your micro-managing boss get under your skin; they do it to everyone not just you. 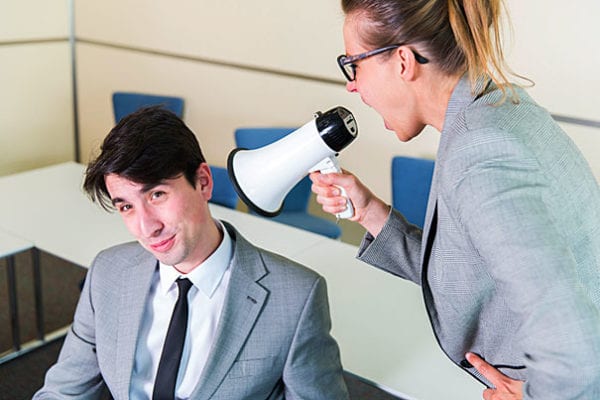 Just like the micro-managing boss can drain your energy and self-confidence; so can your peers. Working alongside people who are demotivated, rude, spiteful, arrogant or unhelpful people can have a real impact on your personal confidence if you let it.

The trick is not to let it happen. To keep focusing on the positives of your work and the things that you do. There’s another benefit to this – if your peers are truly poisonous it won’t have gone unnoticed by management; if you can keep your head up and project confidence and calm, it’s going to be much easier to rise to the top of the pile when it comes time for promotions.

In short over-coming self-confidence issues at work is simply a matter of being self-aware and taking small steps to tackle the problem. “Fake it until you make it.”