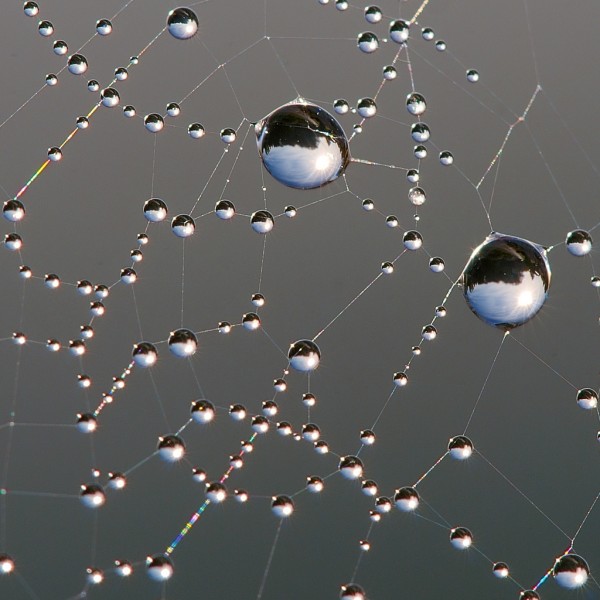 Social networking for small business took off about 6 years ago. If you’re like me, and you didn’t know that, then welcome to SaleSpider. This all-encompassing, small biz-specific social network touts its ability to make you money instead of–or in addition to–just friends.

SaleSpider helps you find leads, jobs, contracts, hundreds of thousands of other members, and most of the other kinds of contacts that you’d need as a small business owner. I caught up with CEO Russell Rothstein to learn more about what SaleSpider does, who uses it, and how it is evolving.

BP: How fast has SaleSpider grown?

We grow pretty much steady. At this point, we get 5,000 to 7,000 new members a week, and that’s been steady for years now. We are non-venture capitalist, so we did not try step on the gas and spend $20 million at all costs. We actually grew with the concept of let’s be profitable the entire time. We were a real business if you will. So we’ve had steady growth at 25,000 new members a month.

BP: You sound like kind of a rarity in being an online business that is making steady money and has been without venture capital. Can you tell me a little bit more about how you monetize so effectively?

I had a previous background in finance and in being an entrepreneur. I decided not to take venture capital money. I was offered it in the Valley four years ago by a number of different well-known venture capitalists. I turned them down because I saw their term sheets, and it seemed too diluted.

What we did is we tried to monetize as much as we could while balancing our two main stakeholders: the members and the advertising clients. The concept was simple. Large companies and enterprises want to reach small business owners. They are a very difficult group to reach, they are complex, there are multiple verticals. There’s many of them, and they want to be treated like large companies, given customized service. But they are like small companies, consumers, in that there are so many of them.

What we did to monetize is we really went after the advertising model . We did not just offer display advertising, we had newsletters, we had text notifications. Every time I send you a social message on SaleSpider, you’ll be notified “Russell has just sent you this message.” It will say at the bottom “Brought to you by Campaigner.“

We monetized through links, text messages and advertising. That has driven the growth of the company and allows us to be profitable.

We’re also very focused on automation. Every time we’ve taken on a project to make the site better, we constantly add value to the users to make it better without costing the users money. That’s been a philosophy. For example, as opposed to having 50 people in the corner collecting government opportunities, writing them down, and entering them into a database, we actually have an automated library system that we’ve built.

We’re really a bunch of engineers who have automated as much as we could. It means a lot of development, but once you finished the development of it, it’s very much a maintenance game. That’s really how we’ve monetized it.

It’s been good. Growth is always something we’re looking at. We are taking more and more steps. We just released mobile a couple months of go, we’re looking at going out of North America in January. We’re increasing our growth to get the market share.

BP: You mentioned that small businesses are notoriously hard to reach. Could you tell me more about that? You said big enterprises want to get in touch with small businesses but it’s hard to do. Why is that besides there’s so many?

Have you heard of Geoffrey Moore, who wrote Crossing the Chasm or Inside the Tornado?

His first book came out 15 to 17 years ago. I attended his keynote presentation at a Sales 2.0 event a few years ago, and I think he really nailed it. There’s always been two types of models in sales in North America generally. One was the grocery chain model where you walked into a grocery chain, you pulled out the cereal, and it was self-served completely. That was targeted towards consumers, meaning no one is going to sell you cereal boxes, you’re going to have to choose your own and they pull you in the store by commercials.

Then you have the other model, which is the older model, where you have expensive sales reps whose job it was to go target large companies and enterprises and sell them multimillion dollar solutions. They have to be multimillion dollars in order to justify the resources resources–the sales reps, engineers, and sales engineers involved in customizing the solution to an enterprise.

The problem is the small business owner is in between. So what if he or she wants to receive the personal handheld holding to say “well I know you’re running a company with 7 or 18 people, I know you need an accounting system and a CRM system, here’s how we can tweak it for you, here’s how we can specialize it for you. By the way, it’s going to be $1800 or $100 or $1,200 a month, but we’re not going to be able to fly someone in to meet with you.”

That’s why we’re so challenged. The costs were too expensive to have direct sales, but the market was so large that it was the most untapped market in the United States.

The enterprise market became fatigued with purchasing. They were public companies and they had to cut down their numbers and were expensive. When this happened, the small business market became the most open and lucrative available that had not been tapped.

BP: If I’m a small business owner and I go onto SaleSpider, can I just put up a profile and will people find me? Or do I have to be more proactive and engage with the site?

If you join SaleSpider, you have to put up your profile. If you don’t put up your picture, or who you are, then you’re a silhouette with a blank and obviously no one is going to try and contact you. But if you put up your profile, upload your resume, your company profile–it takes 20 minutes–I bet you that within 4-5 hours you’ll have messages and connections

It’s a very active community. Small business owners are active. They are looking to connect and leverage relationships. When you’re a large company you may be able to afford to have offices in 25 different cities, but when you’re a small company you’re looking to leverage partnerships in order to compete.

In order to make it easier for people, we put a keyword search in where you could put your keyword in, whatever word it is, you could say iron, or widget, you could set your location, state, multiple states, whatever you want, and you press go and within half a second you’re connected to opportunities which have those keywords in it.

It’s like a Google Alerts when it arrives. Same kind of popup feel as that.

In a survey we recently handed out, we found that 3/4 of small businesses told us that they are going to be putting more effort into social networking as a way of marketing their business. It’s low cost, they’re able to do it, it’s easy, and that’s where the customers are also.

The question is how to do it. If you’re a local business or restaurant, I imagine you may be interested in having a Facebook Ad, although it’s tough to know whether people would use Facebook to choose their restaurants.

We copied the Google bar, if it’s just a search term, and you press go, it makes life so much easier. Our mobile app is completely based on that search. Put your keyword in, press go.

We learned it the hard way. We constantly learn the same things over and over again. You listen to your users, your members, ask them the questions, they tell you what to do, and you deliver it.

It took a lot of engineering to make it fast enough. The biggest challenge of our keyword search was the speed issue because you’re searching three quarters of a million members profiles, 35,000 government RFPs and open contracts, hundreds of thousands of classified ads, and 500,000 jobs, and it’s just a lot to search and you do it by keyword. So there was a lot of engineering that went on to that. It took us eight months of testing.

BP: What kinds of opportunities could you find on SaleSpider easily that you couldn’t easily find elsewhere? Or is it kind of a mix?

It is a mix. Let me give you an example. Most of the information we’re getting is public information but it is scattered in thousands and thousands of sites. Some of the most convoluted sites you can imagine.

We take this information, we scrub it, and we make it available and complete for every member. That includes ever state, the Canadian provinces, the federal government, and the European nations. That’s a perfect example that you can’t get anywhere else. We have a patent pending on that.

Another example is just our membership. With 730,000 small business owners and being able to instantly connect with them by keyword, that’s just unique, because you can’t do that otherwise. I mean, LinkedIn has six degrees of separation, and you’re looking by a company name. LinkedIn is more a resume place. To be frank I use it a lot. I was just with the CMO of LinkedIn and their business model is based primarily on recruiters and HR people.

Facebook is more for my eleven-year-old or my sixteen-year-old, who are on it all the time.

BP: I know plenty of 40-somethings who are also on it all the time.

It’s amazing, isn’t it? There’s no business to be done. Just a lot of just idle chatter. It’s fun to listen to a little bit but you can’t go on it every day.

The one thing you’re going to remember is that if you’re in your office, you’ve got SaleSpider on, and your boss walks by and sees you, he’s going to know that you’re driving business. He doesn’t want to see you on Facebook.

Really, it’s exciting times, because with the economy it way it is, people want opportunities. The truth is, we’re so much cheaper than a trade show. It will cost you $5,000 for a show, you walk through, you get a hotel, you meet 500 people and 30 would be good, now you can do it online and that’s a big thing.

Honestly, our biggest challenge is unless we want to raise $20 million dollars in venture capital, we just want to get people to try it. Go to the site. Put a keyword in. There’s no cost. Press go and see if it gives you value. It’s free, and you’ll get leads and opportunities, and be connected every day. 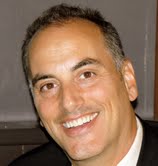 Official bio: Russell Rothstein is the President and Founder of Sales Spider. A business social network, Sales Spider was launched in March 2006. Prior to the development of Sales Spider, Rothstein was the President and Founder of NorthPath, a Sales Outsourcing company offering lead generation and field sales outsourcing to leading technology companies. Previous to NorthPath, Rothstein served in numerous sales and application capacities for Oracle. Before Oracle, Russell was the Managing Partner and Founder of Bizware, a software supply chain for retail petroleum and major convenience stores. He successfully built Bizware into the industry market leader before selling to a Nasdaq listed public company in 1995.