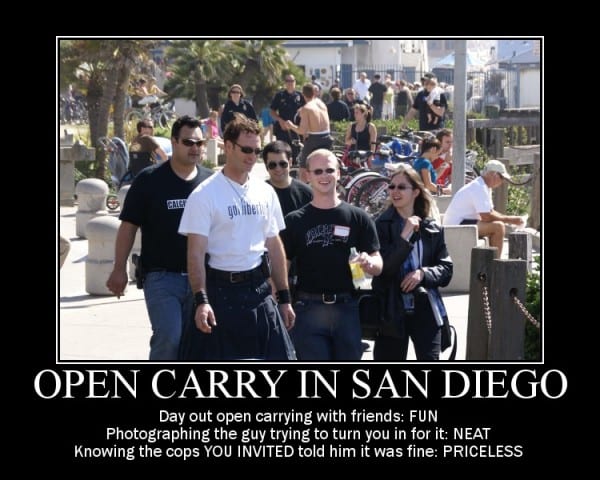 After reading about protesters bringing guns to anti-Obama rallies, I grew curious about which states are open-carry; that is, they allow people to carry guns in public, as long as the guns are visible. I made this list from the map graphic at OpenCarry.org:

Many other states have their own versions of open carry–eg. it is allowed in some rural areas of California. See the map for details.

Using a loaded gun to demonstrate your right to bear arms at a presidential event is a dumb idea. Maybe you’re a responsible gun owner, but what about the 50 people next to you? Who’s to say someone won’t get excited and start firing? And if that happens, the government will be even more interested in restricting gun rights. Demonstrators either need to keep their guns unloaded, or not bring them at all.