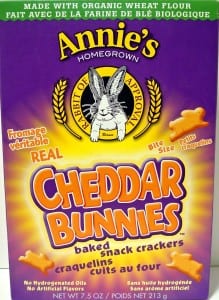 Sandra Rogoff reached into the cupboard on Oct. 10 (2008) and opened a box of crackers, only to find an unmarked white envelope taking up residence next to the bagged crackers. She opened it to discover $10,000 in $100 bills.

Rather than go on a shopping spree, the family called police…Police later heard from store managers at Whole Foods in Tustin that an elderly woman had come in a few days earlier, hysterical because she had mistakenly returned a box of crackers with her life savings inside. In a mix-up the store restocked the box rather than composting it.

The Lake Forest woman, whose identity was not released, had lost faith in her bank and decided the box would be a safer place for the money. Luckily for her, the box of Annie’s Sour Cream and Onion Cheddar Bunny crackers were bought by the Rogoffs, who discovered the crisp $100 bills in an unmarked white envelope on Oct. 10.

The Rogoffs never heard from the woman and didn’t receive a reward, but Rogoff did return to Whole Foods a couple weeks later. “I asked them if I could have another box of crackers,” she said with a laugh. The store obliged.

The old woman trusted a box of crackers more than her bank. That sure says something about the state of the economy, doesn’t it?