The U.S. Department of Commerce recently released its quarterly data on per capita income (PCI) change, noting an overall drop in 0.5% from 2008 Q4 to 2009 Q1. This is slightly worse than the preceding range, which was registered in at -0.4%. With all the talk about this recession being the “worst since the Great Depression,” these figures may seem to reduce the severity of the recent economic situation; it should be noted this change was preceded by over a decade of unprecedented growth, and the last notable decrease in PCI occurred in 1991. The following graphic illustrates the implications of such change on the U.S.’ various regions, as well as what the average PCI change has meant to individuals living in them. 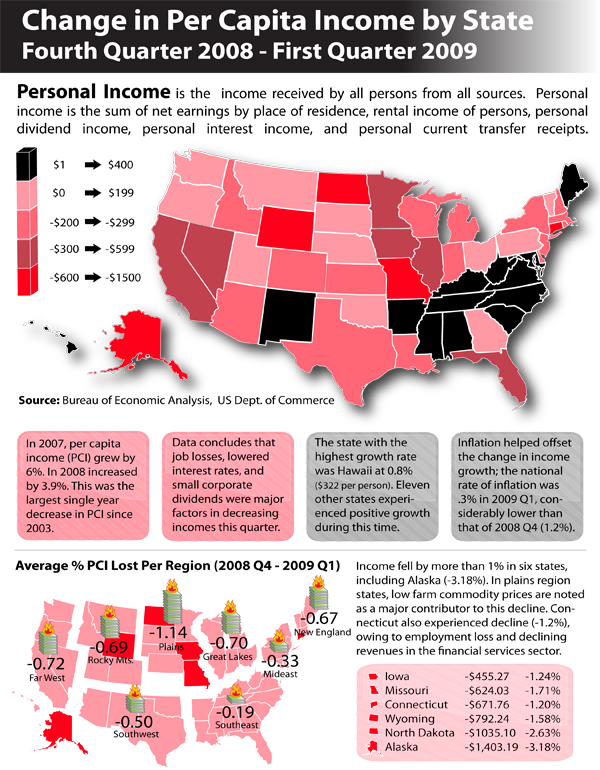