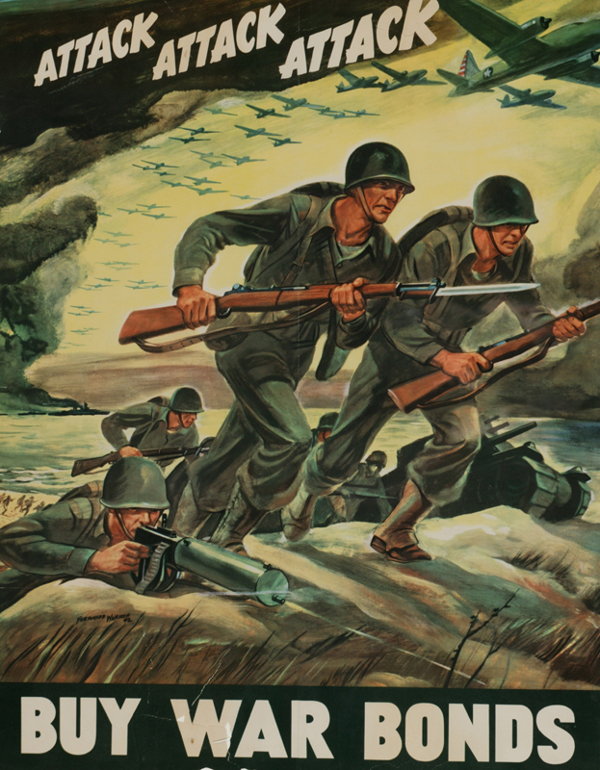 Six state attorney generals are suing the federal government for ownership of unclaimed bonds. The AP has more:

Most American families bought at least one bond (during the national World War II bond fundraising effort) and many never cashed them in — thanks in part to a 40-year maturity in the bonds. And those same “Series E” war bonds continued to be sold by the federal government until 1980. More than $16 billion worth of the bonds are unclaimed, either lost or forgotten about with the death of the original purchasers.

The state attorneys general suing the Treasury Department charge that the federal government made no effort to find those people. They want the money given to the states, who have a legal system in place for finding the owners of unclaimed funds.

It’s not like the states will get the money free of obligation, about $55 million in the case of Montana. The states would be obligated to pay bondholders no matter if it takes them decades — or longer — to show up. In the meantime, though, states usually earmark the interest earned on such unclaimed money for schools or other purposes.

States involved include New Jersey, North Carolina, Montana, Kentucky, Oklahoma and Missouri, according to the article. The Treasury Department claims it does try to find bond owners, and offers this website to help them find the bonds themselves, writes the AP. The department argues that most people are aware of their bonds. Some don’t cash them in for tax reasons, or out of patriotism, said a Bureau of the Public Debt spokeswoman in the article.

Final arguments will be based on perceived constitutional contracts between the federal government and states.