Which business school should you attend? Figuring out where to get your MBA is crucial to your career, your connections, and your future.

Can you take two years off from work, or do you need your MBA to be part-time? On-campus or online? Where can you get in, given your qualifications? Finally, and perhaps most importantly, can you afford it?

Popular publications like the US News & World Report, The Financial Times, Entrepreneur Magazine, The Economist, The Wall Street Journal, and BusinessWeek compile business school rankings to help you determine what business school you want to attend. While informative, such rankings aren’t perfect. What, for example, makes an analytically-oriented business school with financial industry connections better than a business school specializing in case studies and teamwork? Subjectivity, probably, which is why these rankings often fall short.

Still, rankings help. That’s why we analyzed the top picks from the publications above to give you a list of the 10 best online and traditional business schools. Regardless of location, these MBAs will cultivate your skills, sharpen your network, and give you the title you need to bring your career to higher ground.

Booth School of Business at the University of Chicago 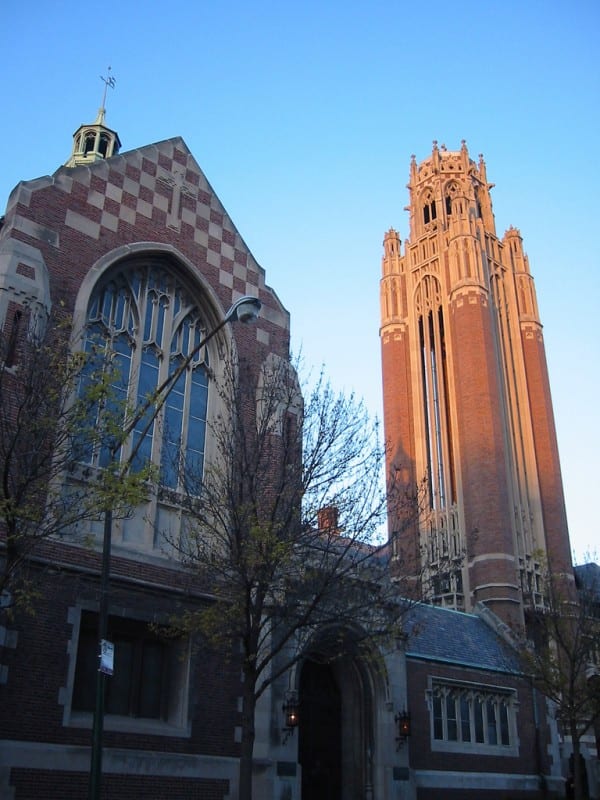 One of the first business schools established in the US, the University of Chicago’s Booth School of Business lets students study commerce in direct proximity to the famous Chicago School of economic thought. Whether that makes you a neoclassical businessperson by default is unknown. Either way, Booth is one of the best business schools in the world. Unlike many other schools, Booth gives students a lot of control over the range and variety of courses they take to complete their MBAs. Aside from one required course, students can custom-tailor their degree, resulting in a specialized and individually satisfying MBA experience. 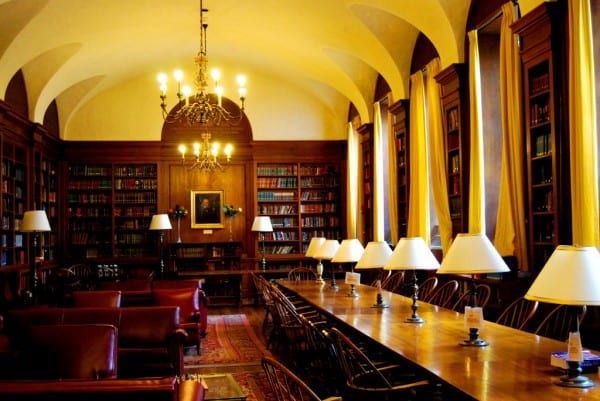 Harvard practically invented business school by coming up with case studies as a research and teaching tool. The institution’s eminence and deep sense of history continues today, giving Harvard MBA holders automatic access to the most elite facets of the business world. Many of today’s top business leaders, from JP Morgan Chase CEO Jamie Dimon to New York City Mayor Michael Bloomberg, came off the Harvard MBA assembly line. In short, if you want to be a Master of the Universe, look no further than HBS. 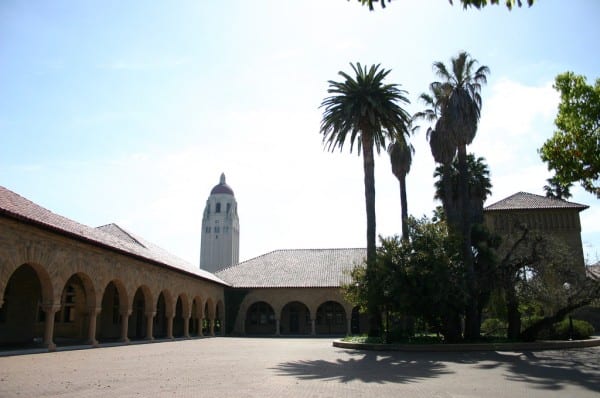 The most prestigious business school on the West Coast also boasts one of the most coveted MBAs in the world. If you manage to squeeze into the program, you can join the ranks of other alumni and run big companies like Gap, Capital One, or GlaxoSmithKline. Or you can found the next Trader Joe’s or Kiva, both of which were created by Stanford MBA alumni. While Stanford isn’t an Ivy school, it might as well be, for all the inroads it provides.

Wharton School of Business at the University of Pennsylvania 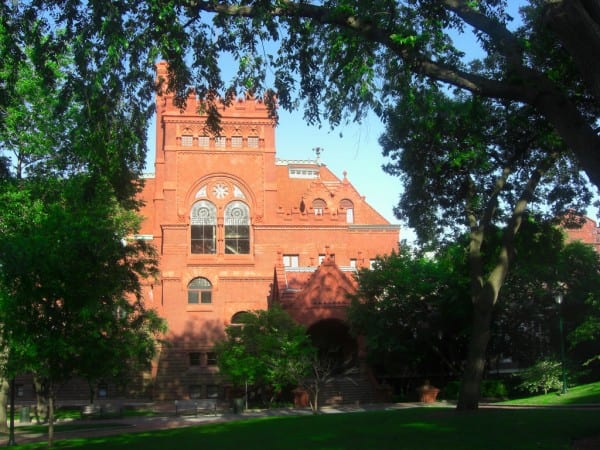 The first business school in the United States (est. 1881) is also one of the most prestigious. A gaggle of eminent CEOs emerged from Wharton, including the CEOs of American Airlines, Estee Lauder, Boeing, Tesco, and Comcast. At nearly $85,000, this data-driven school isn’t for the faint of wallet. It does buy you not only a killer education, but access to a network of students and alumni that will either help you get a window office or get into office. 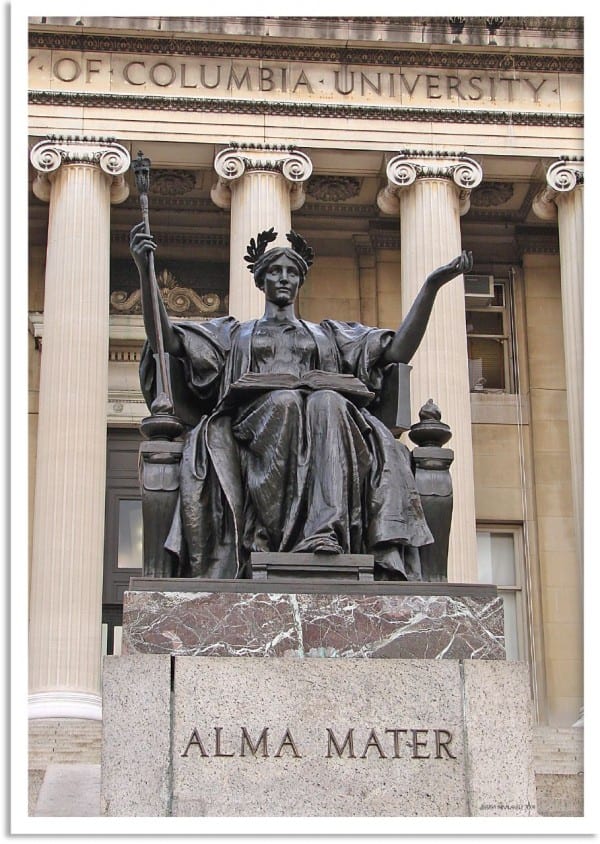 Wanna be a Wall Street mogul? Ever since Wall Street kingpin A. Barton Hepburn, president of Chase Manhattan Bank, founded Columbia Business School in 1916, it has been cultivating financial geniuses, including Benjamin Graham, David Dodd, and Wareen Buffett. Consistently one of the top MBA programs in the US, Columbia even offers select students an education on value investing, taught in part by eminent hedge fund managers. The only thing they don’t give you is access to the lobbyists necessary for any banking mogul to do business, but you can find those easily enough through the alumni network. 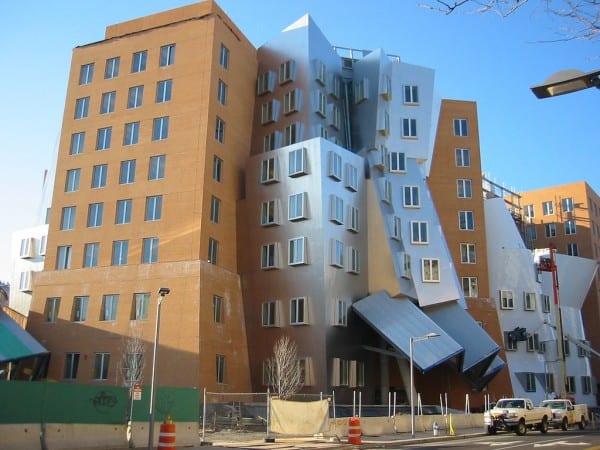 MIT’s Sloan School of Business began, predictably enough, as a program for engineering administration. It then evolved into a school that offered a Master of Science in Management. Only after 1995 did Sloan, still renowned for its analytical and quantitative curriculum, finally begin offering an MBA.

The school is still one of the best places for mathletes to train their business muscles, especially in the renowned entrepreneurship program. In an elite university hand-holding arrangement, Sloan students can also take courses at Harvard Business School to satisfy some of their Sloan requirements. Sloan coincidentally matriculated the current dean of the Harvard Business School and Wharton’s former dean, aside from a host of other captains of industry.

Tuck School of Business at Dartmouth 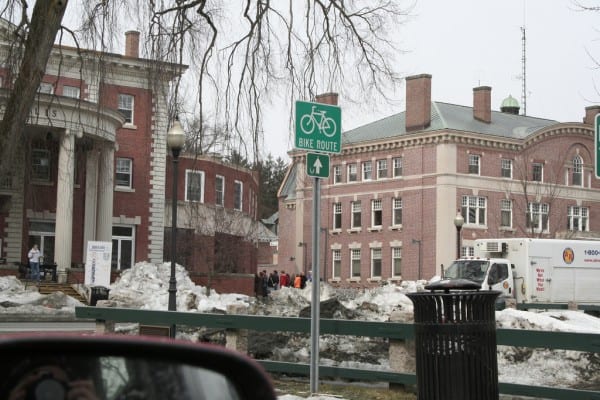 Founded in 1900, Tuck is one of the United States’ oldest business schools. Unlike the variety of MBAs offered by most other business schools, Tuck only provides a two-year full-time MBA. The school claims that this structure, combined with small classes and accessible faculty, makes it the business school of choice for students seeking a true community in their class. With only 250 students and 47 full-time faculty, this Ivy League school swaps out size for intimacy. 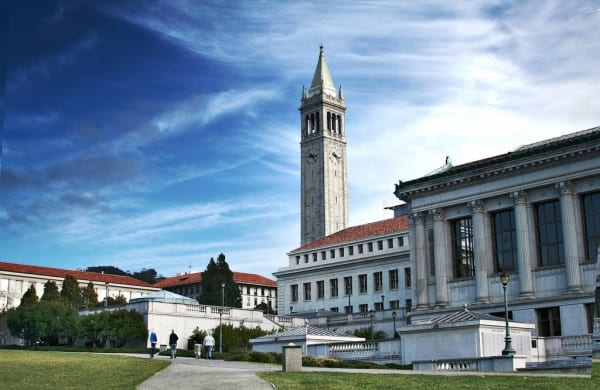 UC Berkeley is one of those rare public universities that offers an Ivy League-level business education. Besides the full-time program, you can take an evening/weekend program and an executive MBA in conjunction with Columbia, where you study at Columbia in New York City during part of the program. Famous alumni include the CEOs of Jack in the Box, Adobe, Intel, and Bank of America. 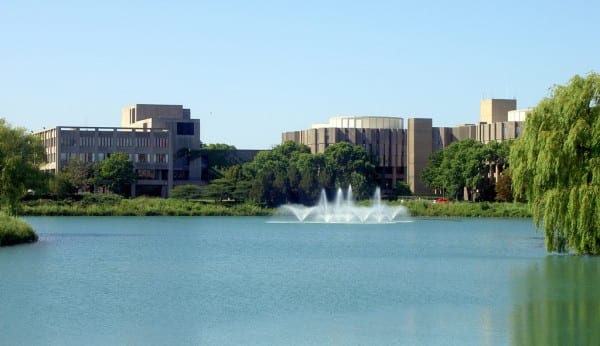 With an emphasis on teamwork and group projects, Kellogg is a haven for the more socially-minded business aspirant. Kellogg, a b-school brand that holds serious sway in the business community, is also known for strong marketing and consulting training. Besides a full-time MBA, Kellogg offers part-time and Executive MBAs. Notable alumni run Match.com, Office Depot, Campbell Soup Company, and Seven-Eleven. 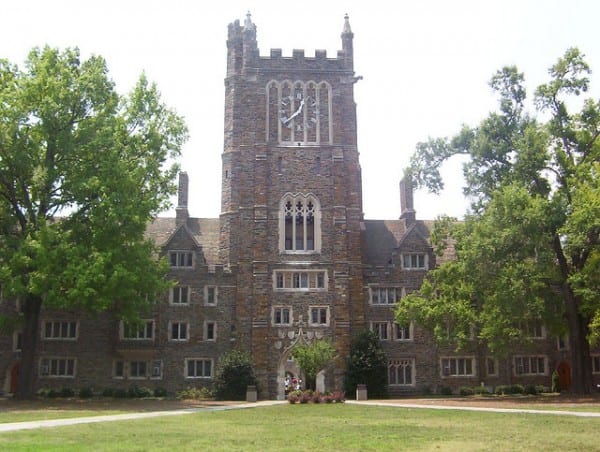 The relatively young Fuqua, founded in 1969, offers a bigger variety of MBAs than your usual elite institution. Aside from the usual full-time and weekend MBAs, you can earn a Global Executive MBA, Cross Continent MBA, Weekend Executive MBA, and three different flavors of Masters in Management Studies. Melinda Gates, Delta Airlines CFO Hank Halter, and Victoria’s Secret CFO Pamela White all made the world their oyster with a Duke MBA.

Editor’s Note: this post is from 2010. For an updated ranking, check out this ranking of the top 10 online business schools for 2012. 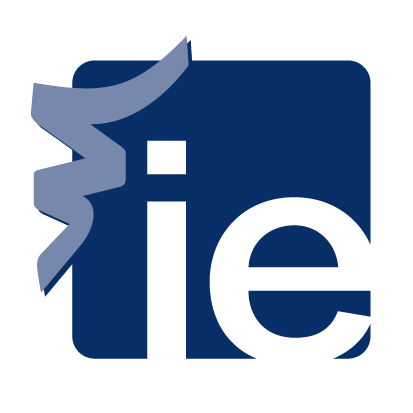 Madrid-based Instituto de Empresa (IE) Business School has one of the world’s leading MBA programs, online or offline. Its 15-month online Global MBA, which you can take in English or Spanish, requires two 5-day residential periods in Madrid, but who can complain? Better yet, the online International Executive MBA requires three residential periods of 2 weeks each. At nearly $48,000 for the online Global MBA–the Executive MBA is closer to $71,000–it’s not the cheapest online MBA you can find. But you get a quality of education, eminent brand, and excellent global network in return. 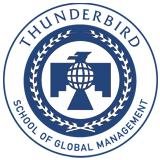 Based in Arizona, this 46-year-old private university offers an online version of its world-renowned Global Management MBA, attainable in 1-3 years. Thunderbird, one of the top names in international business, boasts alumni including a former Starbucks president, Microsoft CFO John Rex, and BP CEO Bob Dudley. That international eminence, mind you, will set you back $66,800.

Thanks to their decision to focus on their distance learning programs more than many other traditional universities, Leicester, one of England’s better universities, also offers a dirt-cheap online MBAs. At £8,165 (or $12,601), with potential to pay it off in three payments, few other online programs can compete with Leicester’s price to quality ratio.

Want to know what a next-generation online education looks like? Singapore-based U21Global (formerly Universitas 21 Global), the result of a partnership between 18 universities and Connecticut-based digital education company Cengage Learning, truly reflects a 21st-century education. The online-only U21 offers a global education informed by member universities from more than 10 countries. These universities include Canada’s McGill University, the University of Virginia, and the Universities of Melbourne, Singapore, Hong Kong, and Edinburgh. U21 launched its first program, the MBA, in 2003.

Although students in India and Southeast Asia comprise the majority of enrollments at U21, the total student body comes from more than 50 countries. The MBA, which generally takes 2-3 years to complete, is heavy on case studies, with all exams being open-book and open-web. The university isn’t accredited (its single accreditation, the EFMD, applies only to technology-based management programs). But if you want to build your global business buddy network, and are cost-conscious, this could be your U.

Walden University, a Minnesota-based online university, offers a slew of graduate degrees, including an MBA. The university is one of Laureate Education Inc.’s vast network of for-profit online learning centers. As a result, you can tap into their vast network, which includes Bill Clinton as honorary chancellor.

You can specialize your Walden MBA in one of twelve disciplines, including some that many other top online MBA programs don’t offer, like Healthcare Management. Your MBA will set you back a relatively reasonable $30,000. 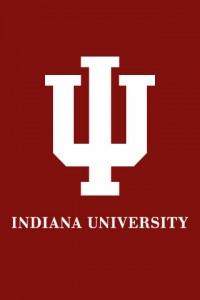 Indiana University is one of the leading universities in the US. its business school is no exception. The IU distance MBA, “Kelley Direct,” gives you access to the school’s quality education without the need to move yourself to Bloomington for longer than the school’s two 1-week on-campus sessions. Famous alumni include the CEOs of Nestle, Whirlpool, FedEx, and Cisco Systems. Oh, and Jared Fogle, the Subway guy who lost a lot of weight. At $1,065 per credit, the school’s costs are moderate, but the excellent network and brand are worth it.

Henley Business School at the University of Reading

The UK’s first business school likes to point out that it’s one of the only triple-accredited online MBA programs in existence. Quality-assured by the Association to Advance Collegiate Schools of Business (AACSB), the European Quality Improvement System (EQUIS), and the Association of MBAs (AMBA), the Henley Business School doesn’t mess around when it comes to credentials.

Formerly a management college, Henley has been a business school since 2008. Its MBA by Flexible Learning (the online MBA), attainable in 3 years, costs a relatively reasonable $26,000. 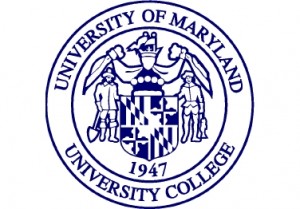 The University of Maryland University College (UMUC) is known for serving not only its namesake state, but more than 50,000 active US military servicepeople located in various countries overseas, including Iraq and Afghanistan. It’s also one of the biggest distance universities around.

At $49,602, this fully accredited program isn’t the cheapest MBA around, but you don’t have to take the GMAT or GRE to get in. And with “Curb Your Enthusiam’s” Larry David among notable alumni, who wouldn’t want to attend?

Robert Kennedy College, founded in 1998, offers you the unusual opportunity to get a University of Wales MBA while studying at a private university in Switzerland. Despite a mere 1-week residency requirement in Zurich, the university claims that “whatever you are called – Richard, Douglas, Apostolos, Karin, Ahmed, Ajay or Francis – we’ll know you by your name.” Students are from more than 90 countries.

Students take between 2-5 years to earn an MBA with one of the school’s many specializations, which include hospitality management and investment management. Faculty and lecturers include Harvard and Oxford alumni. And at around $13,740, this is one of the least expensive MBAs you can get. 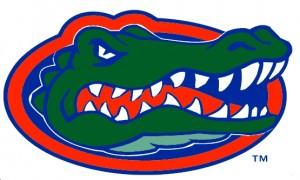 In two years, you can obtain a University of Florida Internet MBA with eight weekend campus visits, or polish that MBA off in a mere year, with five weekend campus visits. With those time constraints, it’s not the easiest online MBA, but you do get a degree from one of the biggest schools in the country, with a similarly large ratio of notable alumni. Plus, it gives you an additional excuse to watch Gators games.