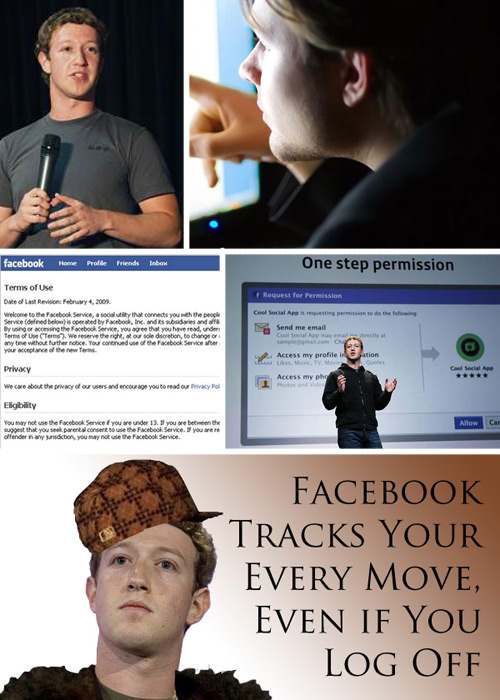 Facebook is our new God. It’s omnipresent (except when you don’t have service) and controls our lives, albeit somewhat silently. We fear it and for our reputations, lest some embarrassing pictures get tagged or dirty laundry aired out on Facebook’s very public walls. More than that, it’s super mysterious and works in mystical, unknown ways. To be fair, our limited knowledge about Facebook’s rules and regulations is mostly our fault — who wants to read eighty pages of superfluous, legal-jargon riddled small print? Most of us don’t, and therefore skip it… allowing Facebook to impede on our lives in ways we would normally find shocking and appalling. Here are the five most important points in Facebook’s TOS and why you should care about them, but probably won’t. Not enough to delete your precious little profile, anyway.

Usage of Everything on Your Profile 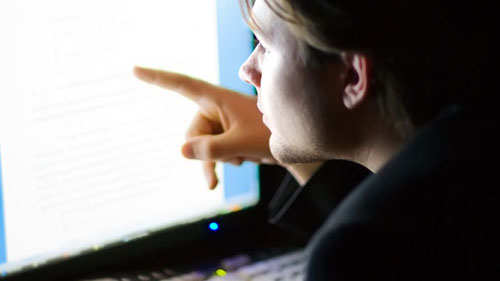 Everyone thinks that Facebook automatically owns anything uploaded onto its servers, but the truth is surprisingly more sinister. While they actually don’t claim ownership of your uploaded material (i.e. photos and videos), they do retain the right to use your content however they see fit. No matter what you do or say, you can never legally force Facebook to stop using your media. They can use, copy, publish, stream, store, retain, publicly display, transmit, scan, modify, edit, frame, translate, excerpt, adapt, and distribute anything you post — but only depending on your privacy settings. If your profile is super private and shared only with a few of your closest friends, you’re somewhat in the clear on this.

On the other hand, those with public profiles might someday see their wall posts up on some billboard for everyone to read. Their images may be used in commercials for any company Facebook grants permission to, Facebook promotional videos, or even the introduction to the nastiest pornographic film on the market. Even people with so-called “private” settings are subject to having their public name and profile image used and re-used. If Facebook doesn’t use your public information, they’ll just keep it on file like a terrible hoarder. The only difference between the hoarder and Facebook is that the hoarder doesn’t really mean it when they say, “That’ll come in handy one day.”

And that’s just when it comes to retaining and re-using your information. The part about editing, framing, excerpting and adapting basically translates to “we’re going to Photoshop d*cks into your mouth and then edit your status updates to make you sound like a pedophile before releasing all of that information to the public in a viral video.” While this exact scenario will probably never happen, it would be Facebook’s legal right to do it if they so chose.

But who cares? If you delete your profile, you should be in the clear. “Should” is the key word here — Facebook has the right to “retain archived copies of your User Content,” making deletion nothing more than a thin facade of privacy and safety.

Big Brother is Watching You 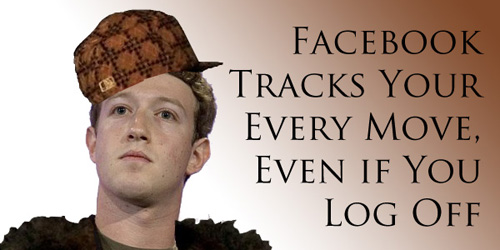 Facebook notes that even though they’re already retaining your information, there are certain things you may do which will definitely absolutely for certainly sure never ever be deleted from their servers. The way in which this rule is expressed implies that while your deleted profile may be saved, the following will be saved in bold:

‘Other’ sounds like Facebook’s way of covering all their bases with that broad and vague blanket. User disputes and complaints? What’s so important about that? Nothing, unless Facebook decides to one day hold against you any arguments you’ve had with peers (but especially Facebook staff regarding complaints and the like). Additionally, breaking the law is an extra-special no-no. If you’re committing crimes, it’s common sense to avoid Facebook like the plague. Just wait a few years until accessing the employee’s Facebook to ensure they aren’t living anything resembling a fulfilling life becomes common practice, something which was only recently deemed as illegal and stopped.

And by the way, Facebook is able to track you based on where you’re logging in from…even after you’ve logged off. Definitely dispose of your iPhone or whatever device you’ve ever used to login to Facebook when running away from the police. 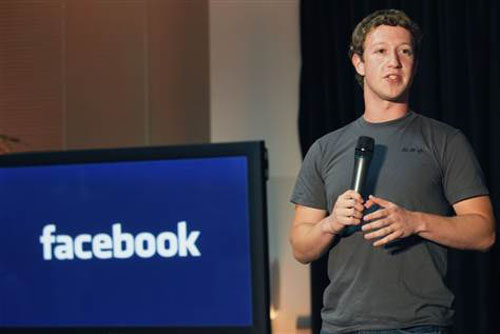 Arbitration basically means that any problem you have with Facebook is “too f*cking bad for you, buddy.” Arbitration is Facebook’s way of protecting themselves from ever having to deal with whiny registrants, no matter what their complaints may be about. If someone slanders you, publishes your nude photos, creates a fake profile posing as you and scams people out of money, uses your likeness to trick girls into date-rape scenarios, creates a hate group against your kid and bullies him to death, or learns how to make a dangerous homemade weapon off the website, Facebook doesn’t really care. They may delete the offensive material at hand, but you can never blame the website for your woes. If you try, it’s Facebook’s right to settle your dispute “confidentially” and in “a location chosen by the company.”

Even if your plight is against a Facebook group or page and not the site itself, arbitration says that you might be summoned to a sewer to have the situation mediated by that old rat Splinter on 80 tabs of acid. Legally, you’re just a helpless pawn with a URL instead of a name. 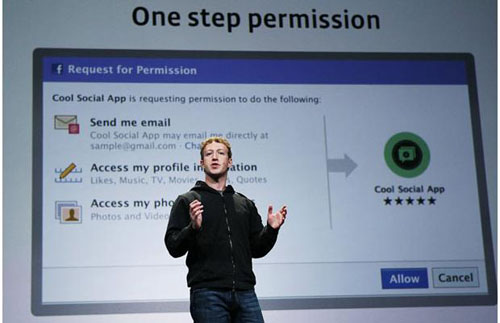 Facebook retains and can manipulate all of your information in a number of ways (depending on your privacy settings), but realistically, why would they care to? Within all the jargon about owning your life and soul, people often miss the point that Facebook can and will sell you off to third parties. Many people don’t realize how important it is to remain private, and Facebook is selling the name and information of those registrants to the highest bidder. In 2011, Facebook released a statement saying they would soon be selling addresses, cell phone numbers, and other information to third-party developers and external websites. They retracted the statement due to the understandable outrage, but claimed that it would “re-enable it in the next few weeks” with improvements. Despite the so-called “improvements,” which is basically equivalent to clicking the “allow” button (the consequences of which are vastly unknown and ignored among the many non-tech-savy users), the policy is widely criticized as turning members into easy targets for spam and con artists.

Once Facebook goes public, users are especially susceptible to the selling and publishing of their information. Shareholders want to make money, and that requires sales and advertising. Selling off your pictures and videos to be used in billboards or on television, and scrutinizing your likes in the hopes of selling you or someone else a product based upon your click has turned Facebook into what Yahoo! Finance calls “a social disease.”

TOS Can Change Without Notification 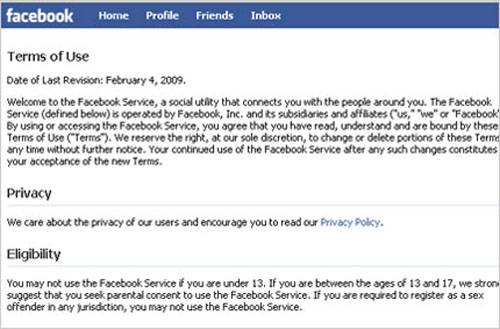 The biggest and broadest “you’re f*cked” provided by our friends at Facebook is that they can change the TOS at any time without notifying you. You clicked the box that says “I agree.” Not only did you agree to forfeit all of your content, images, videos, and opinions/ideas, but you agreed to go along with whatever Facebook feels like doing at any time. For now, your private profile is private. What if Facebook decides to remove the privacy settings altogether, therefore revoking the promise that your ‘private’ information won’t be sold off or splattered on advertisements?

Or if they decide to fine every person who posts a copyrighted image/video/song. Or delete your profile without reason…or perhaps just certain status updates that are too politically charged and opinionated.

But don’t worry, if Facebook decides to begin stalking, censoring, and fining you, you can always bring a lawsuit up against them. It’ll be settled in arbitration, and Facebook will be sure to send out an extremely biased mediator who won’t let you get out two words edgewise before asking you to please exit the alleyway. Err, arbitration location.