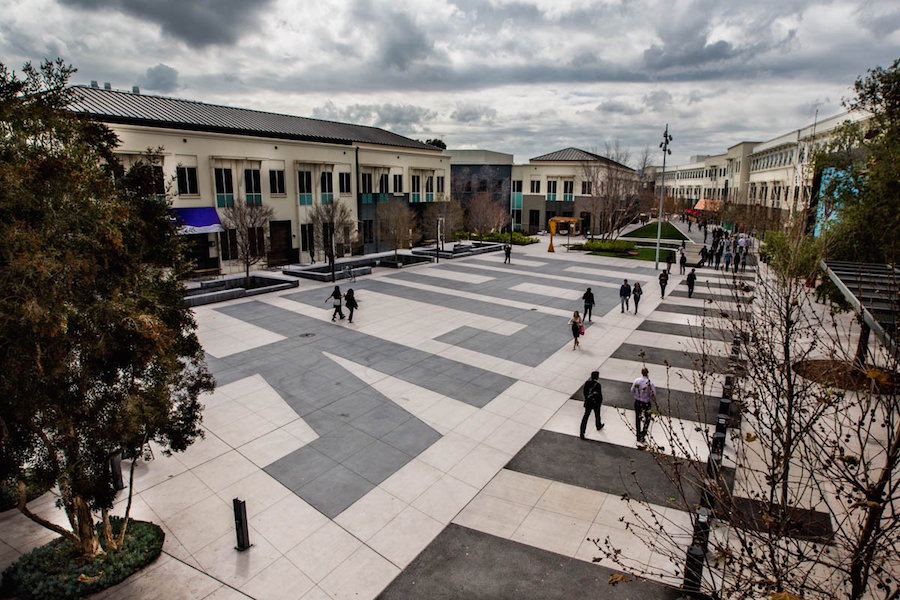 According to Bloomberg, Facebook has made a point to include at least one minority candidate for open positions in some departments. It’s a proactive (well, reactive) move to address the glaring diversity deficiency in the tech industry. So, of course, it’s also probably controversial.

What Is the Rooney Rule?

Bloomberg compares Facebook’s program to the NFL’s Rooney Rule, and based on the description given, it’s an accurate comparison: the NFL requires teams to consider minority candidates for head coaching and front office vacancies. The rule is named after Pittsburgh Steelers owner Dan Rooney and was put in place in 2003 after two fired black head coaches were replaced by white coaches.

There was another concern surrounding those firings: the fired coaches, Tampa Bay’s Tony Dungy and Minnesota’s Dennis Green, had long track records of success in their respective cities. Dungy actually had a winning season that year, and the Buccaneers would go on to win the Super Bowl in the first season under new (white) coach Jon Gruden.

An extended version of the Rooney Rule also exists. Dubbed the “R.L.J. Rule,” it encourages private companies to interview at least two minority candidates for open positions. That version received some political support in the U.S. Senate last year, but more on it shortly.

Has the Rooney Rule worked?

Before the Rooney Rule, there had been only six black head coaches in eight decades of NFL history. In fact, there was a long layoff between the first and second: Frederick Douglass (Fritz) Pollard was the first African American head coach in the NFL back in the 1920s. The second? Tom Flores, five decades later. Dennis Green, would join him when the Minnesota Vikings hired him in 1992.

Green’s firing a decade later would help spark the creation of the Rooney Rule, and it seems to have made a bit of difference in minority hiring.

Before the rule was instituted in 2003, there had been only seven African American head coaches in the NFL’s eight-decade history. Since 2003, fourteen minorities have been hired as head coaches. Within three years of the rule being put in place, the NFL saw the percentage of its coaches who were black increase from 6 percent to 22 percent.

That’s better, sure, but is it good enough? And has the rule really made a difference?

“Our conclusion isn’t that racial discrimination doesn’t exist or that it’s not important,” Walker said. “But if the goal is to increase the number of minority coaches, the question is, how do you go about doing that? We find that maybe the Rooney Rule isn’t the best way.”

But Walker’s study indicated that hiring decisions were biased more toward a candidate’s prior success (particulary as an offensive or defensive coordinator) than their race or ethnicity.

The rule has also come under fire in recent years, most notably in 2013, when 15 Rooney Rule-affected vacancies all went to white candidates.Former black head coaches Tony Dungy and Herman Edwards criticized the misuse of the rule, arguing that it was possible teams interviewed minority candidates only to fulfill the rule and not out of any realistic interest. Dungy said “the concept is good and something we need to do” but “obviously, it’s not working the way it should.”

As Harvard law professor Charles Ogletree told the New York Times, “there is a big difference between interviewing and hiring.”

The Politics of the Rooney Rule

The Rooney Rule, like any form of affirmative action, has drawn some strong criticism.

Sen. Tim Scott, a Republican from South Carolina and one of only two black senators, pushed for a private sector Rooney Rule last year by sponsoring a resolution “encouraging” private businesses to increase by planning “to interview a minimum of 2 qualified minority candidates for managerial openings at the director level and above and to interview at least 2 qualified minority businesses before approving a vendor contract.”

It suggests a quota mentality and a belief that companies are not already interested in finding the best qualified individuals and cannot be trusted to make non-discriminatory hiring decisions.

But the Senate resolution would be non-binding. It’s essentially an innocuous statement that the Senate thinks greater workforce diversity is a solid goal for American companies. And it had the backing of Republicans as diverse as Rob Portman of Ohio, Rand Paul of Kentucky, and Marco Rubio of Florida.

Why Tech Has a Diversity Problem

Take a look at this graphic from Information is Beautiful and you’ll see pretty quickly just how striking the diversity problem is for the technology industry, particularly when it comes to women. The U.S. population as a whole is about 51% female, yet the only company on that list that gets close to matching that is Pandora at 49%. The next closest? Pinterest, with a 40% female corporate population. And while Asians are overrepresented relative to their proportion of the national population, blacks and Latinos are vastly underrepresented.

Facebook is particularly bad, with women making up only 31% of its staff (and according to the Wall Street Journal, only 15% of Facebook’s tech jobs are held by women). Only 2% are black and 4% Hispanic.

None of this is really news. And Facebook isn’t the only company to make an effort to address the fact that its ranks are filled with mostly white men. Just this week, several small Portland, Oregon tech firms announced their own joint diversity pledge, saying that “each of us has agreed to cultivate cultures of inclusion and create a plan for increasing diversity in our organizations.”

Will Facebook’s Move Make a Difference?

It’s a good move given the stark lack of minorities at Facebook and in the tech industry as a whole, but the NFL’s experience offers a bit of caution to those who think adding a mandatory interview requirement will be enough.

I think this rule was put in place to just get people to try to broaden their outlook a little bit. And if it does that, then it’s successful. You can get around any kind of rule. You can circumvent it. And that has been done. But I think, overall, the rule has probably helped people.

That’s really key. Just “considering” minority candidates won’t solve the diversity problem, but a robust effort to build interest and aptitude among minorities could increase the potential pool of candidates and enhance not just their competitiveness but also their influence in the industry. And that could end up creating a world where a Rooney Rule isn’t necessary.

Take that Portland diversity pledge, for example. In explaining how they plan to increase minority hiring, the companies are doing more than just making sure to include a minority candidate in their searches:

Some companies are already partnering with organizations that support youth employment opportunities. Others are working closely with code schools and technical training providers to employ graduates as interns and in entry level positions. Strategies are being developed to ensure that hiring can result from employee recruitment efforts to reach populations underrepresented in Portland tech.

That’s the kind of holistic approach that can increase diversity in a real way, long-term.

But for the time being, and even with the likely shortcomings predicted by the NFL’s experience, that kind of requirement can ensure that the future has some present leadership to look up to.

What does this mean for everybody else?

So will the Rooney Rule and Facebook’s model find a home elsewhere?

It’s possible. That Senate resolution Tim Scott sponsored? It has the backing of Robert L. Johnson, founder of Black Entertainment Television, and is based on Johnson’s own derivative of the Rooney Rule – the R.L.J. Rule, after his own initials. And Kenneth Shropshire of the University of Pennsylvania’s Wharton Sports Business Initiative told the Times that rather than the NFL taking a page from the corporate world, “if anything, it is the other way around.”

The Root’s Keli Goff wrote last summer that Scott’s resolution could offer a compelling “compromise solution for addressing racial inequities in hiring and promotion” that draws bipartisan support. To the extent that conservatives embrace privately mandated affirmative action and liberals accept industry self-regulation in this area, she may be correct. But both are probably overly optimistic.

Much will depend on how effective Facebook’s “diverse slate approach” proves to be. Numbers aren’t yet available, but the company’s COO, Sheryl Sandberg, has been vocal in her advocacy for increasing female participation in the tech workforce and said reports on Facebook’s own progress would be forthcoming this month.

Those numbers will go a long way toward determining how widespread a “corporate Rooney Rule” might become. But given the criticism levied against the NFL program and its mixed results, business leaders might want to think more about how they can improve the chances of diversity before the hiring process even begins.

As Walker, the Indiana University economist, said about the NFL: “You need to expand the pool of available talent, and the way to do that is to get more minority coaches involved early on.”