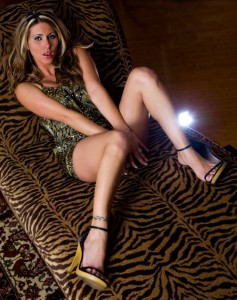 You can hear the full interview here.

Former Bush press secretary Ari Fleischer, who also happens to be Tiger’s PR man, must be banging his head against a wall right now. If Tiger really wants to remake his image, he either needs to embrace his not-so-inner pervert or lay low for another 6 months.