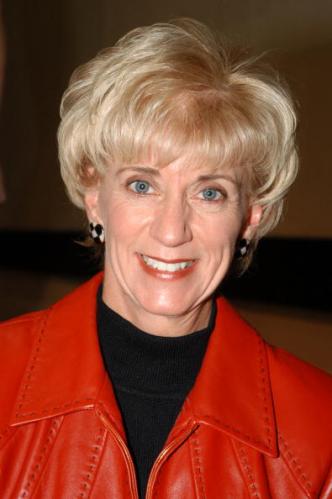 Linda McMahon, CEO of World Westling Entertainment, Inc., will resign from her job to run against Chris Dodd in the 2010 Connecticut Senate race. The LA Times has more:

Maybe The Rock and Triple H will serve as campaign managers.

Although not nearly as flamboyant as her husband — WWE Chairman and ringmaster Vince McMahon — Linda McMahon is considered the brains behind the brawn. She has been CEO of WWE since 1997 and is respected on Wall Street. She and her husband have been focusing on making over WWE from a raunch-fest to more family-friendly entertainment, albeit a family that likes to throw each other around a ring and talk in double entendres (for more on how the WWE has been repositioning itself, read our Aug. 24 story). Whether the move toward kinder, gentler wrestling was in part motivated by her political aspirations remains to be seen, but it probably won’t hurt.

With deep pockets and a fairly established presence in the state, McMahon could be a force in the race. According to the The Hill, a Washington political publication, McMahon’s likely opponents for the Republican nomination are former U.S. Rep. Rob Simmons and former Ambassador to Ireland Tom Foley. Interestingly, former Connecticut governor and Sen. Lowell Weicker is on the WWE’s board of directors.

Inside the WWE, McMahon’s exit comes as the company is in the midst of an expansion. Vince McMahon, who will assume his wife’s CEO position, indicated last month that he wants to launch a cable network and is also pushing harder to make more movies with his stable of wrestling talent.

She certainly sounds like she has a fighting chance.

Fox Business has an interview with McMahon (below).