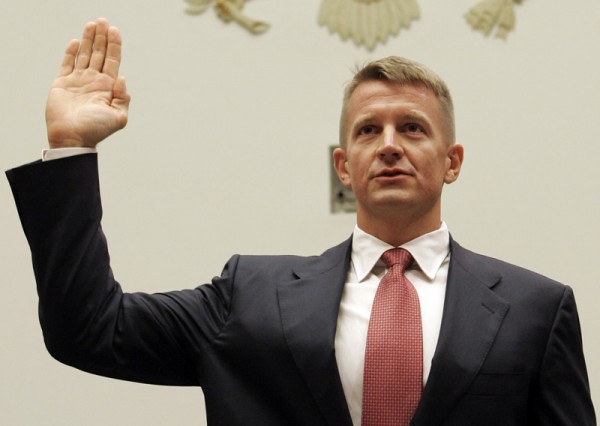 People say business is a cutthroat world, but some executives have been known to take this a bit too literally. Capitalism is a tough game, and to be a truly successful executive, you have to have a ruthless personality, often straddling the dividing line between genius and madness. What’s more, CEOs and high-level businessmen have a great deal of power, of course, and everyone knows what they say about what too much power will do to a person. Here, we look at some of the top businessmen who have taken the slash and burn approach to their personal — as well as their professional — lives… 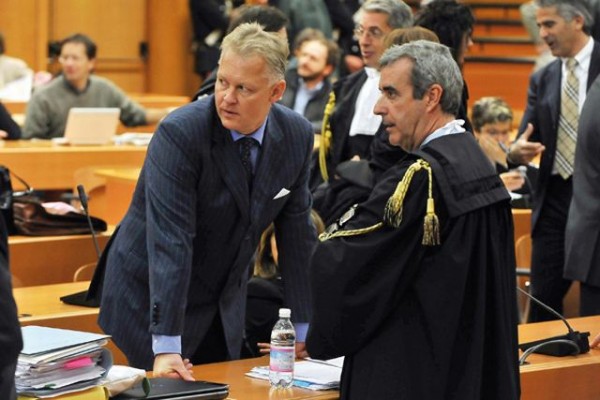 The German conglomerate ThyssenKrupp already had an image problem after being found guilty of price fixing in 2006, but negligently allowing a fatal inferno to break out at the company’s Turin plant in December 2007 was really the icing on the cake. The understaffed branch was hit by not one but two fires in the space of a week, the second of which caused the deaths of seven steelworkers. Worse still, after the disaster a technician working for the company was ordered to fill up all the extinguishers in the factory to cover up the fact that 3/5ths of them had been empty during the actual fire. Presumably taking time away from their busy schedule of clubbing baby seals and punching kittens in the face, senior staff at the company also planned legal action against the lone survivor of the fire on the grounds that he was making them look bad in front of the media. CEO of the Italian branch Harald Espenhahn was eventually jailed for 16 ½ years for “voluntary multiple murder with eventual malice,” and probably, “being a money-grubbing, back-stabbing douche.” 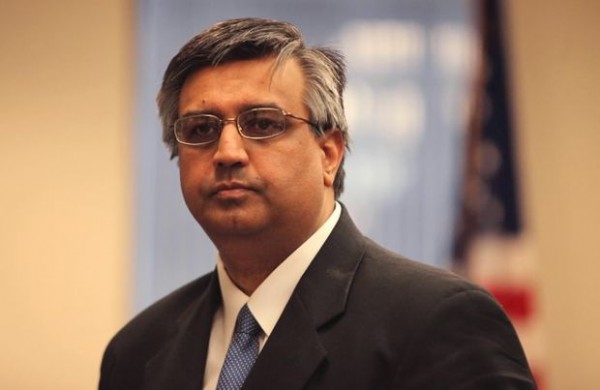 Muzzammil Hassan “Mo” Hassan: CEO of a successful American cable station, family man, and killer convicted of repeatedly stabbing and then decapitating his wife, Aasiya Zubair, whose body was found in their TV station headquarters in upstate New York shortly after she filed for divorce in February 2009. The Hassans claimed that their channel, Bridges TV, aimed to dispel popular stereotypes in the American media about Muslims, which makes it even sadder that Aasiya Hassan’s murder was initially suspected by some of being a religiously-motivated honor-killing. Hassan was tried for second-degree murder, and, as the saying goes, had an idiot for a client since he decided to represent himself. He eventually received a sentence of 25 years to life in prison. 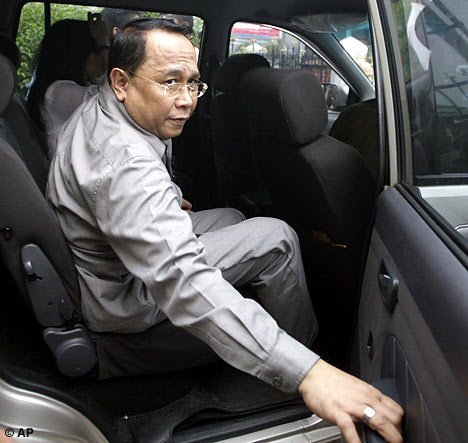 You’d think a political activist would be safer under a republic than a dictatorship. Munir Said Thalib, an activist who survived being a very vocal critic of Indonesia’s government whilst it was a repressive autocracy called the “New Order,” was allegedly poisoned by an airline pilot while on a flight to Amsterdam in 2004. Many suspected that Indra Setiawan, the chief executive of Indonesia’s national airline, Garuda, had worked with the Indonesian Republic’s intelligence agency BIN to get a arsenic administered to Thalib. He was eventually sentenced to one year in jail by an Indonesian court for his role as an accessory, which perhaps just proves that big business still loses out to Big Brother. Of course, it was a complete coincidence that independent investigators’ findings about the BIN’s involvement were left out of the trial… 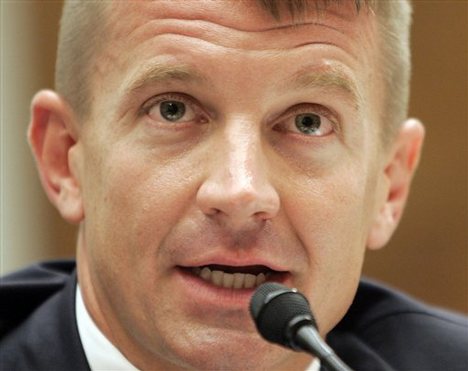 Erik Prince, CEO of the mercenary organization Blackwater Worldwide (he already sounds like a Bond villain just from that description) was sensationally accused of killing unarmed Iraq civilians who co-operated with federal investigations into his activities in 2007. Blackwater provided security for US State Department employees in Iraq during the 2003 invasion, but were accused of a number of crimes against civilians, including the massacre of 17 Iraqis in September 2007. As well as murder, the plaintiffs made a number of truly eye-popping accusations against Prince, including running a wife-swapping sex ring, hiring child prostitutes to give Blackwater employees oral sex, gun-running and being “a Christian Crusader tasked with eliminating Muslims and the Islamic faith from the earth.” The suit was thrown out in 2009 because crucial evidence was inadmissible — and none of these allegations were substantiated. Blackwater changed their name to Xe in the same year, presumably to avoid unpleasant associations from their previous title and to sound less like the bad guys out of GI Joe. 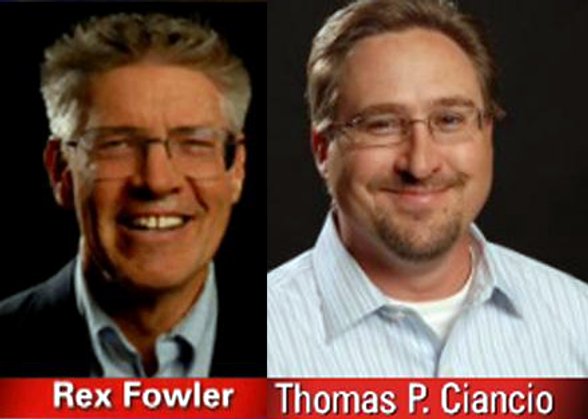 We all know that the company charity collection can be stressful, but this is ridiculous. William Fowler, the head of the small Adams County, Colorado company Fowler Software Design, shot his former employee Thomas Ciancio three times in the head in December 2009 then attempted suicide using the same gun, possibly because Ciancio confronted him about large amounts of money he had funneled from the company into a church or charity. Fowler was also a high-level Scientologist who at the time of his arrest had paid around $1m for courses in the “religion.” Half-baked claims by his defense lawyer that Ciancio had “interrupted his suicide” were not taken seriously in court, and Fowler was found guilty of first degree murder in 2011 and sentenced to life in jail without parole. 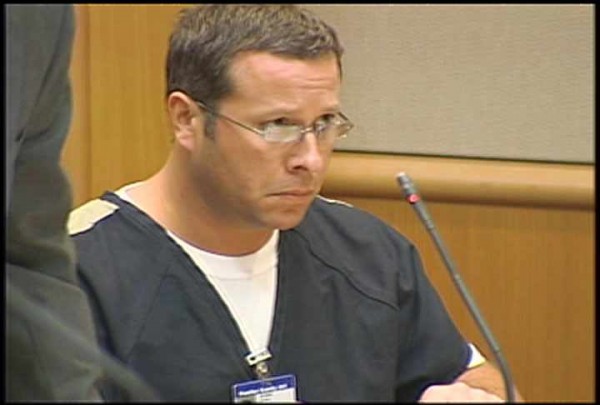 Patrick Evans, the high-flying vice president of business development in Asia Pacific for electronics manufacturer Jabil Circuit, was on a six-figure salary until he was accused of murdering his estranged third wife Elizabeth Evans and a friend of hers at a Sea Ketch Condo in Florida in December 2008. Elizabeth was in the process of trying to get a divorce from her husband. Bizarrely, Patrick Evans pleaded not guilty at his trial despite being caught on a 911 call in the process of carrying out the shootings. His lawyer also argued that allowing the public, and jury, to hear some of the contents of the tape, which included his wife identifying him by name, would prevent him from getting a fair trial. We’re not sure he quite understood the concept of evidence there… 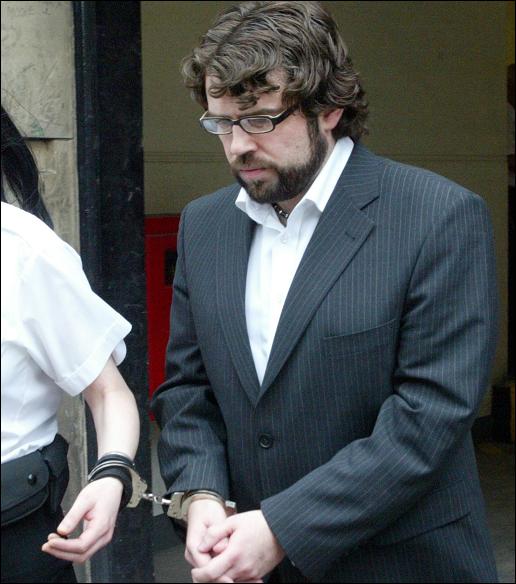 Ben Holding was a business executive for STV, a Scottish television channel, who had an argument with his elderly father, whom he said saw him as “a waste of space.” To prove his dad wrong, he banged his father’s head repeatedly against the floor, hid his body in a garbage bin under a sack of cement which he then locked in a shed, and spent the next few weeks on a £30,000 ($48,000) spending spree with the man’s money — his father having been a retired oil executive. Holding, who was referred to as “spoiled” by his relatives, ran up a chunky expenses bill that included a £17,000 ($27,000) BMW, a trip to London and expensive sportswear. All of this despite being an executive who worked for a successful company. Talk about ungrateful. He was sentenced to 15 years in jail in August 2008.

Not much is known about this executive criminal except that he was a 45-year-old married father who stands accused of murdering a ten-year-old after enticing him into his car — because he’d had a stressful day at the office and had been browbeaten by his boss at Deutsche Telekom in Bonn. Olaf H, who cannot be named because of German privacy laws, was arrested by police after allegedly raping and murdering the small boy. According to German police, the man quickly confessed, saying: “I drove around aimlessly looking for a random victim, a child, because I wanted to have power over somebody. A girl, a boy, it didn’t matter, I needed someone so I could relieve my frustration.” We’ve all had a bad day at work, but this… 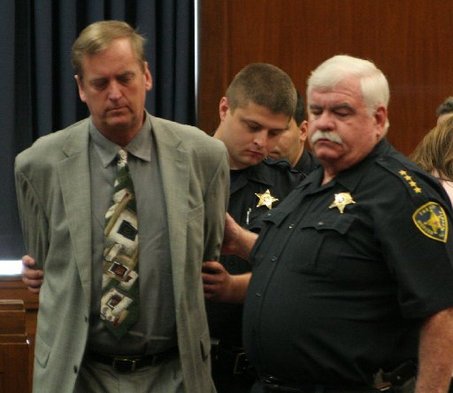 The ironically-named Jonathan Nyce, the former CEO of the start-up New Jersey firm EpiGenesis Pharmaceuticals, was convicted of manslaughter (after an initial charge of murder) in 2004 after smashing his wife’s head against the floor of their garage. His wife, Michelle Riviera, was having an affair with the couple’s landscape gardener which started shortly after Nyce lost his job. The former research professor tried to conceal the crime by putting her body behind the wheel of their SUV and sending it careering down the embankment of the nearby Jacobs Creek, hoping to pass her death off as a car accident. The executive, who was released in December 2010, has at various times insisted that the death was an accident or that someone else killed his wife. Whatever the truth may be, couldn’t he have found a “nycer” way to settle things? 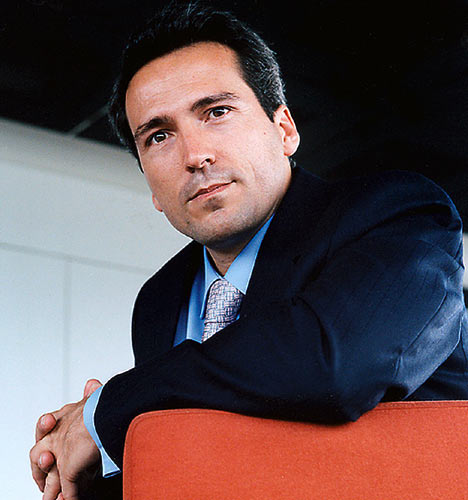 Alberot Izaga was a millionaire South London executive at insurance giant Swiss Re with a lot to live for. However, one night he suffered a tragic mental collapse and attacked his two-year-old daughter, beating her brains out against the floor of his house. His insanity was said to be bound up with a combination of the Jesuit religion, stress and an obsession with the horror movie Bug, which features listening devices being planted under the protagonist’s skin. He also claimed that the Jesuits were part of a conspiracy to dominate the business world by recruiting people like him into their organization. Izaga was found not guilty “by reason of insanity” and incarcerated in a mental asylum rather than a prison. 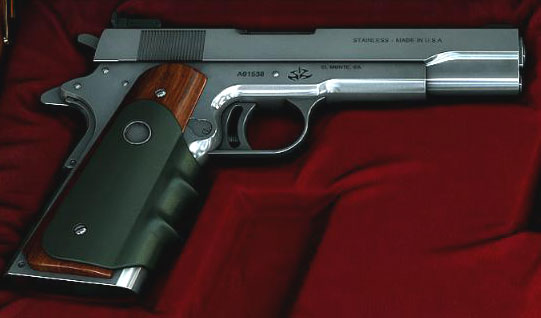 This was an unusual criminal case in that the suspect was both a former executive of a US agency and a 60-year-old diabetic. A man named Stanley Leibman was arrested on federal bank fraud charges in 1999, and he subsequently asked for help from his old friend Vincent Scarabino, an ex-deputy director for the United States Small Business Administration. His friend lent him a sympathetic ear and some sound business advice: hire a couple of his assassin associates to take care of the witness. Scarabino was caught on tape saying his friends would “make it look real good, like a robbery” and that it was “best for you, Leibman.” When asked to comment, Scarabino claimed to be too feeble to hatch a murder plot, saying: “I am legally blind. God bless my wife, she does everything for me.” Now there’s an excuse…