CEOs have taken a lot of flak recently for withdrawing fat paychecks during the worst financial crisis for decades. We decided to take a look at the growing number of executives who have joined the ‘$1 salary club’, and whether they really are as noble as they seem… 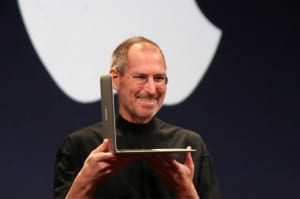 Image by Matthew Yohe, via Wikimedia

Steve Jobs has taken home a $1 salary for the last decade, earning himself a place in the Guinness Book of Records at one point as the official ‘World’s Lowest Paid Chief Financial Officer’ – he does however own 5.5 million of Apple’s shares, and 138 million shares of Walt Disney Co. stock (making him their largest stakeholder). Jobs also files for between $200,000 – $800,000 expenses a year. Unfortunately for him, the financial crisis whacked nearly half a billion of the value of his personal stock. 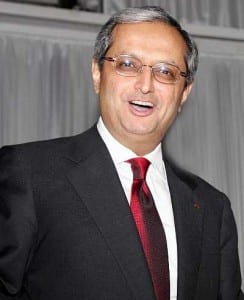 Indian CEO of financial services giant, Citigroup, in the wake of the global recession Pandit testified to that he had declared to his board of directors, ‘my salary should be $1 per year with no bonus until we return to profitability.’ A nice gesture, but consider that he had received $10.82 million in 2008. He was also forced to apologize for letting the bank consider completing the purchase of a private jet plane after receiving some $45 billion in public bailout money. 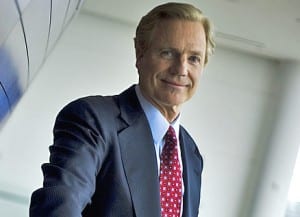 Not strictly on $1, but we thought we’d include him in the list – Fairbank, CEO of Virginia-based banking, McLean, and credit card company, Capital One, has taken no salary or bonus since 1997. After being awarded $17.1 million in stock in 2007, he again chose to take none in 2008. That made him the current lowest-paid CEO, with his $68,000 in compensation consisting solely of allowances for health care, transportation, home security and insurance. You won’t find him collecting welfare however, as in 2001 he Fairbank was the highest-paid financial company CEO, earning $69 million, all of it in stock awards, according to Bloomberg data. 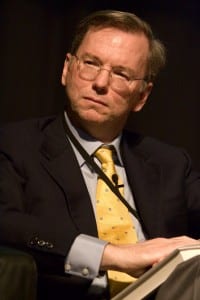 Schmidt joined Google’s board in 2001 and became CEO later that year. He earns a base salary of $1, but along with other compensation his total annual remuneration comes to around $508,763 – although in 2008 he did not receive any cash, stock, or options . Schmidt is one of the few people who have become billionaires based on stock options received as an employee in a corporation of which neither he nor a relative was the founder. The 2006 ‘World’s Richest People’ list ranked Schmidt as the 129th richest person in the world with an estimated wealth of $6.2 billion. 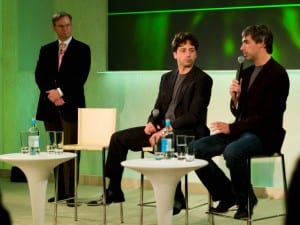 Page and Brin founded Google in their garage in 1996 and today, while much of the media sector struggles in the depths of the recession, Google powers on, dominating the online advertising market. Profits were up in the first quarter of this year, to $1.42bn on the back of revenues of $5.5bn – Google is, undoubtedly, the most powerful media brand in the world today. Page and Brin cut their salaries to only $1, and have drawn this for several years – but with personal fortunes estimated at $8.3 billion, they really can afford to. 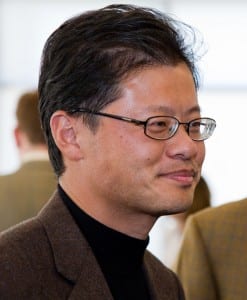 Yang succeeded Terry Semel as CEO of Yahoo, who had previously received only $1. Along with David Filo at Stanford University, Yang co-founded the amusingly named ‘Jerry and Dave’s Guide to the World Wide Web’ in 1994 – what would go on to become Yahoo! yang only drew £1 in salary, but has recently been replaced by Carol Bartz whose base salary is over $1 million. 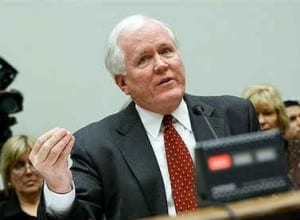 CEO of American International Group, Edward Liddy, who is handling the resurrection of the banking giant, will receive $1 in compensation this year and next. Fair enough, we say, as the head of a financial group which received nearly $150 billion in public money. Liddy will still be receiving an as-yet-undisclosed stock package as well, although with the hit AIG have taken this might not be worth an awful lot – like the rest of the $1 salary club, Liddy can, however, probably afford to live off his previous paydays for a while. 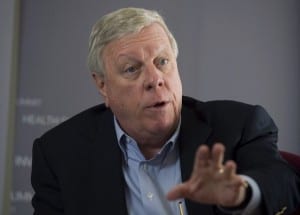 This former head of Enron knew he was in the public’s bad books, so as head of Kinder Morgan in 2008 he drew only a $1 salary, without stock option or bonus. No bonus, no options, no restricted stock – how does he get by? He owns 24 million shares in Morgan Kinder, and since the company paid an annual dividend of more than $3 per share last year, Kinder himself made at least $72 million. Morningstar recently named Kinder its CEO of the year for 2005, in part because of how his compensation aligns his interests with those of shareholders. 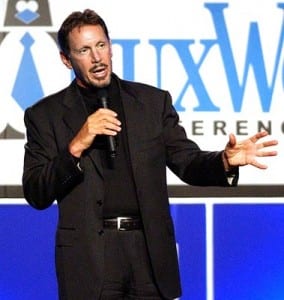 Oracle CEO Larry Ellison will receive a base salary of $1 for fiscal 2010, according to a regulatory document filed in August – that’s a decrease of $999,999 from last year. But Ellison won’t exactly be starving. He is the world’s fourth wealthiest person, according to Forbes. Ellison’s base pay of $1 million in 2009 only accounted for 1.2 percent of his total compensation anyway – 97% was in the form of stock. 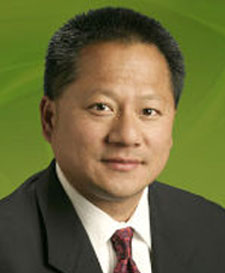 NVIDIA CEO Jen-Hsun Huang has reduced his salary this year to $1 after taxes and benefits, along with all his chief execs. With the global economy locked in a year-long recession, 2009 has been a rougher than normal year for NVIDIA, but instead of firing employees, Huang and his board nobly consented to drawing only symbolic salaries. You’d think he’d be able to though, as in 2009 Huang received $4 million in total pay, including a total salary of $401,272, plus option awards worth $3.6 million – and that was down from $6.1 million in 2008.