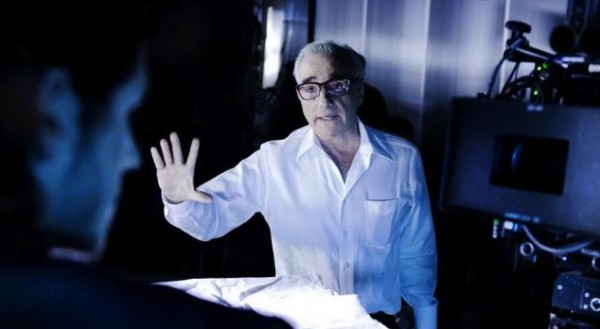 The road to becoming a successful director is a long, complicated and arduous one. As any film student will know, it takes talent, perseverance, dedication and a lot of hard work to make it into the director’s chair (a little bit of luck helps, too). As with any creative process, film directing is about learning, and the best directors continually experiment with their style throughout their careers. Many great directors have honed their skills in their early years working on commercials and music videos. These shorter, more immediate video forms have time and again been an industry proving ground for directors with extraordinary talent and vision. As a way of testing one’s abilities and making a name at the same time, directing commercials and music videos is often the logical choice. Some famous directors are brought back into the shorter mediums even after establishing themselves, either simply for publicity or as a way of flexing their creative muscles in a more controlled environment. In any case, the world of advertising constantly throws up work of astounding quality and has long been associated with directors of the highest caliber. Here, then, are ten incredible commercials created by great music video directors. 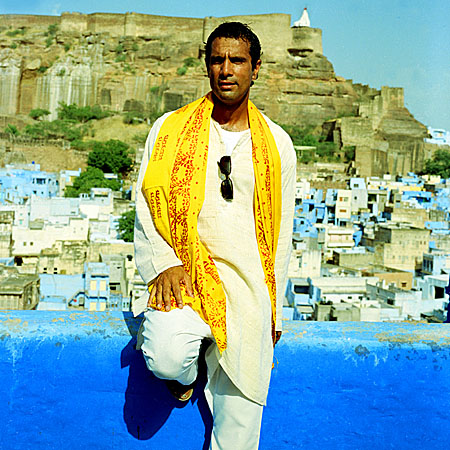 Tarsem Singh first came to real prominence in 1991, winning MTV’s Video of the Year for the video he created for REM’s “Losing My Religion.” He has also brought his vision to 90s videos for the likes of En Vogue, Suzanne Vega and Deep Forest.

A considerable amount of advertising work followed, including this epically “rocking” Pepsi ad from 2005, featuring gladiatorial performances from Beyonce, Pink, Britney Spears and an imperial Enrique Iglesias. Tarsem has made two feature length movies, 2000’s The Cell, starring Jenifer Lopez, and The Fall from 2006. Both have garnered a cult following for their individual and unique look — though it’s the Indian director’s music videos that have perhaps made more of an impression on audiences. 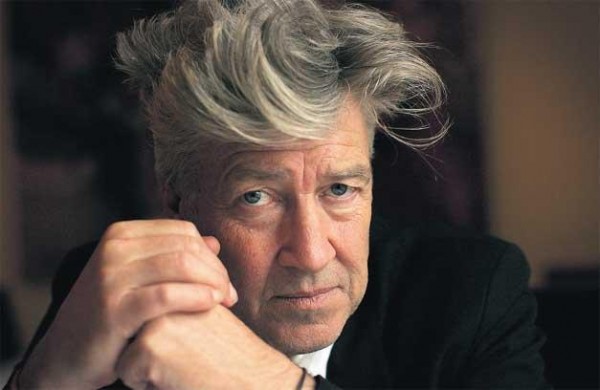 David Lynch is best known for his darkly surreal cinematic journeys through small-town America. Exploring themes of alienation and lost innocence, exemplified by films such as Eraserhead, Blue Velvet and the TV series Twin Peaks, Lynch’s work is often mysterious and rooted in a kind of dream logic which frequently divides audiences.

This commercial from 2000 for Sony’s games console, PlayStation 2, is a playful distillation of Lynchian tropes and motifs. As well as many other commercials for the likes of Giorgio Armani, Adidas and Nissan, Lynch has also carved a hugely successful career in music video, creating groundbreaking work for Chris Isaak’s “Wicked Game” (starring Helena Christensen) and Massive Attack’s “Unfinished Symphony.” He also worked with the late, great Michael Jackson on his “Dangerous” short films collection. 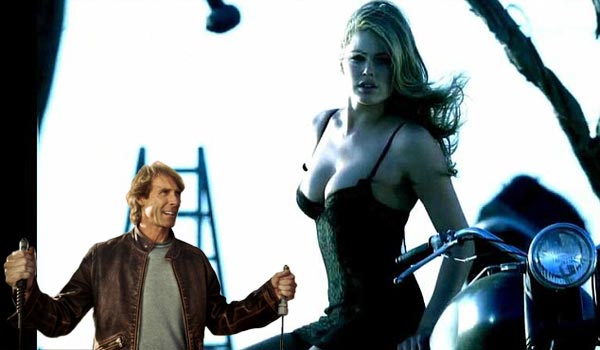 Michael Bay’s high-octane, big-budget Hollywood film career — think Armageddon, Pearl Harbor, and Transformers — was largely facilitated by his lavishly designed music videos from the late 1980s and early to mid 90s. He has worked with some of the most popular acts of the time, creating mini-epics for Tina Turner, Lionel Ritchie and Aerosmith.

Probably his best known work was for heavyweight Rock icon Meatloaf, whose “I’d Do Anything for Love (But I Won’t Do That)” featured a typically extravagant Bay-produced video. This 2010 ad for lingerie company Victoria’s Secret contains many trademark Bayisms: loud rock music, sharp edits, scantily clad women and, yes, thunderous explosions! 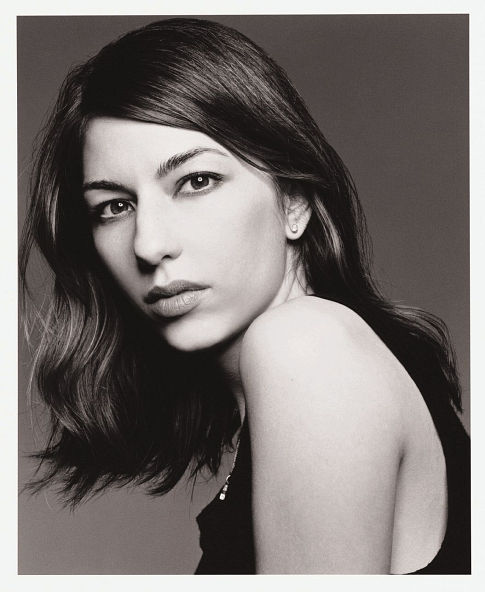 Since the breakthrough success of Lost in Translation Sofia Coppola has enjoyed a thriving career — including being nominated for an Academy Award for that movie in 2003. Coppola has been involved with film and music her whole life — hardly surprising given her family background: she is the daughter of Godfather director Francis Ford Coppola. Appearing as Mary Corleone in her father’s Godfather Part III, led to acting roles in Madonna’s “Deeper and Deeper” video and Sonic Youth’s “Mildred Pierce.”

As a director she has worked with The Flaming Lips, Air and, most famously, The White Stripes on their video for “I Just Don’t Know What to Do with Myself.” This 2008 commercial for Miss Dior highlights Coppola’s playful approach to the art of filmmaking and her subtle, art-house influenced use of color and controlled editing techniques. 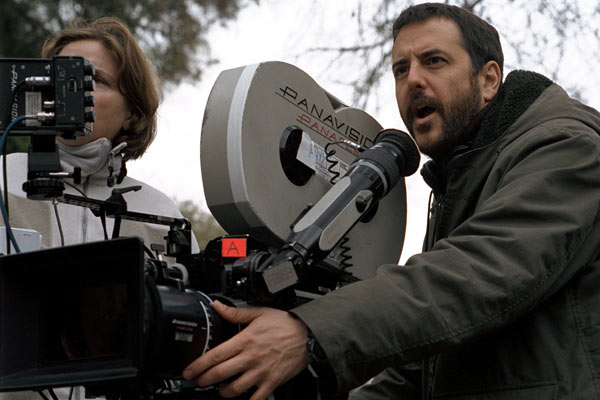 This intensely powerful commercial for Nike from award-winning director Mark Romanek contains many of the elements that have made him such a sought-after imaginative presence in the creative world. Romanek is a hugely prolific music video director and has been in demand since the 1980s. He has worked with a veritable Who’s Who list of massive names, from David Bowie and Madonna to Jay-Z and Coldplay.

Perhaps his most respected work is the poignant 2002 video for Johnny Cash’s cover of the Nine Inch Nails track “Hurt,” which remains loved by fans and industry experts alike. Romanek has also forged a feature movie career directing Robin Williams in the creepy thriller One Hour Photo and Keira Knightley in last year’s Never Let Me Go. 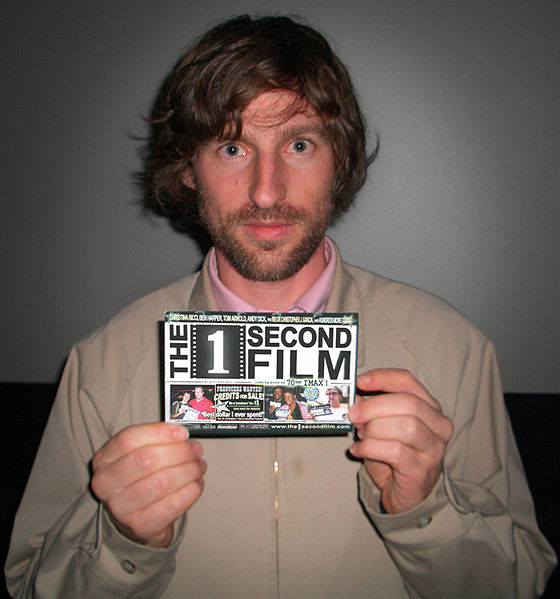 Spike Jonze’s anarchic spirit and energetic love of filmmaking comes through loud and clear in this remarkable commercial for The Gap. Created in 2005, it only actually aired in a select few cities around the US before it was pulled. Jonze — Adam Spiegel to his folks — has a background in skateboard and music videos and has produced wildly imaginative work for the likes of the Beastie Boys, Daft Punk, Björk and Fatboy Slim.

Critically acclaimed feature films including Being John Malkovich, Adaptation and Where the Wild Things Are have only raised the stock of this inimitable filmmaker even higher. 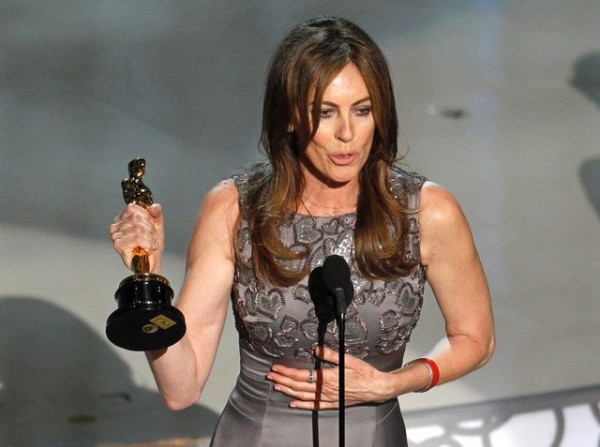 Kathryn Bigelow’s Oscar triumph in 2010 for The Hurt Locker — she famously became the first woman to pick up the Best Director award — was a fitting tribute to a sharp and skilful operator who has been at the top of her game for a long time.

As well as appearing in her then-husband James Cameron’s wonderfully cheesy music video for Martini Ranch in the late 1980s, she also directed her own music video, for New Order’s “Touched By The Hand Of God.” Commercial work followed, including spots for Baileys, Hummer and Budweiser. This ad for Revlon, starring the gorgeous Jessica Biel, shows off Bigelow’s perfect sense of light and shade as well as her penchant for artistic editing. 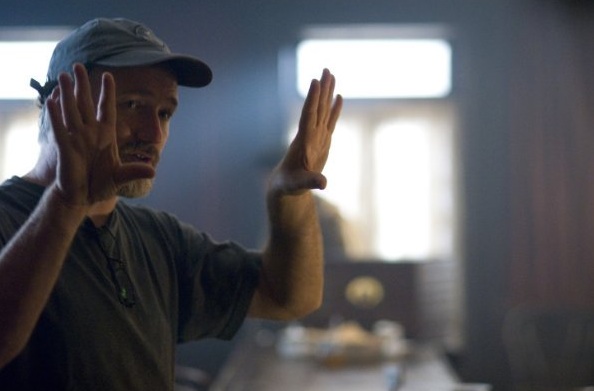 David Fincher has pedigree as a music video director of the highest possible caliber. Era-defining work with Madonna on the video for “Express Yourself” (and more) brought other big-name artists such as George Michael, Michael Jackson and the Rolling Stones to the director’s door.

Preceding his music video work, Fincher learned his trade on commercials for (amongst others) Converse, Pepsi, Nike and Levi’s. This gloriously inventive ad is an example. Recalling themes that would crop up later in his feature movie work — particularly the brooding tension of The Game and Seven — this ad showcases a brilliant director with a mastery of timing and drama. 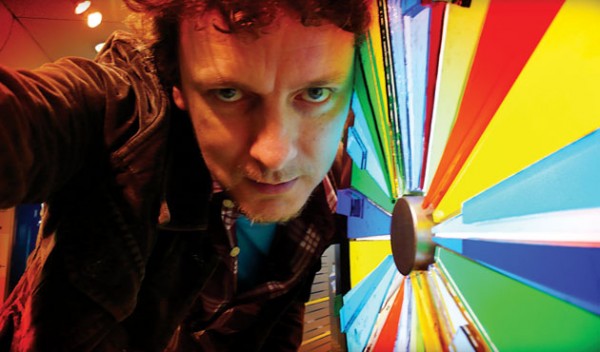 Michel Gondry is an Academy Award-winning movie director (he was honored for his work on the screenplay for Eternal Sunshine of the Spotless Mind) known for his ingenious set designs and original approach to story-telling. His career really took off when working with Björk on the video for her song “Human Behaviour.” In total he has directed seven of the Icelandic singer’s videos.

In a wonderfully prolific career, Gondry has worked on well over fifty music videos for stars such as Kanye West, Kylie Minogue, Beck and Radiohead. And with this stunning commercial for Smirnoff vodka he virtually invented the “bullet time” technique which the Wachowski brothers used to such great effect in The Matrix trilogy. 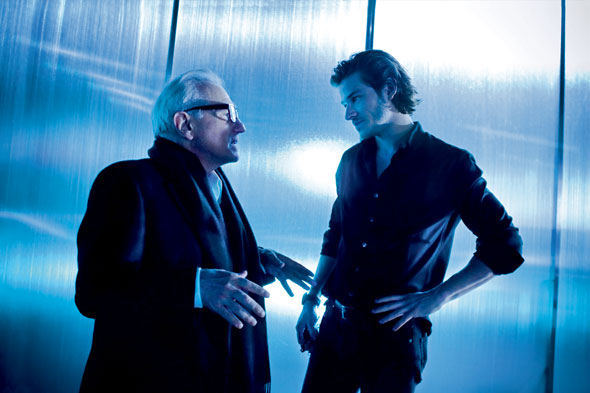 Martin Scorsese is a true Hollywood legend. In a long and distinguished career, he has won almost every film award there is to be had, and in films such as Raging Bull, Taxi Driver and Goodfellas has set new benchmarks for shockingly realistic depictions of people on the edge of society. As well as having had a career in feature movies that has redefined American cinema, Scorsese has also worked with recording artists such Robbie Robertson, Eric Clapton and, most famously of all, Michael Jackson.

The 1987 video for “Bad” was strongly influenced by the classic musical West Side Story and is one of the most instantly recognizable music videos of the 1980s. This effortlessly classy advert for Chanel may not make a great deal of sense, but like almost everything Scorsese has a hand in, it is cool, great to look at and has a tough, streetwise edge.