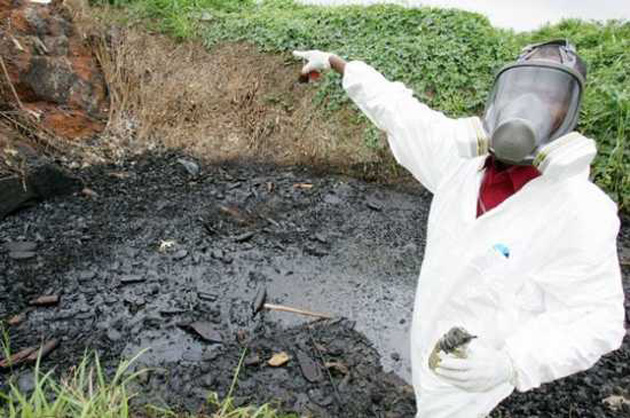 Multinational metal and energy trading company Trafigura, as a consequence of their 80billion per year in profits business, is responsible for disposing of the toxic wastes and byproducts that are produced as a result of their work. When a leased ship informed Trafigura that a 2006 haul of waste was so dangerous it would cost twenty times the original price quote, Trafigura cut ties with the disposal company and let the ship sit at a large seaport in Africa until another business could be hired for a lower price.

That’s when Compagnie Tommy, a new and inexperienced dumping company, took on the job and illegally dumped the toxic waste without processing it, resulting in sickness for thousands and and death for approximately 10 people.

Trafigura was accused of — but denied — intentionally dumping the waste illegally. In their defense, Trafigura weakly claimed that in-house testing revealed the sludge to be less toxic than originally presumed. A 2009 UN report proved this to be completely fabricated.

After failing to bury a disparaging report from a dissenter via a court order, Trafigura was fined over $1 million for dumping the waste. Additionally, they’ve also been accused of stealing oil South Sudan.