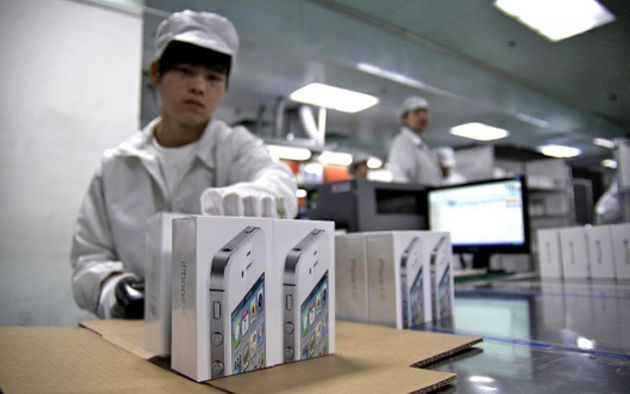 Everyone wants an iPhone and no one really cares if it were made by tiny child slaves who are forced to work in dangerous conditions, inhaling cancerous vapors, for 10 hours a day, seven days a week. And that is why Apple continues to be so profitable.

But as beautiful as their products are, the production side of their business is a dark, horrific and unethical one. Apple manufacturer Foxconn is like hell on earth. Conditions at this plant are so miserable that “anti-suicide nets” had to be installed beneath the windows after a whopping 17 employees leapt to their deaths in protests of the horrific things they had to endure on a daily basis.

Living quarters like tiny college dorms in a gigantic beehive type factory, each crammed with crappy bunk beds. Exhausting hours, humiliating discipline, unreasonable workloads, and pressure to reduce overtime resulting in lower paychecks are just some of the crappy conditions faced by thousands of Foxconn employees on a daily basis.

The controversy began in 2006 and is still happening today. And while Apple has made efforts to branch out and use some different manufacturers to produce their products, unethical Foxconn is still their go-to company.