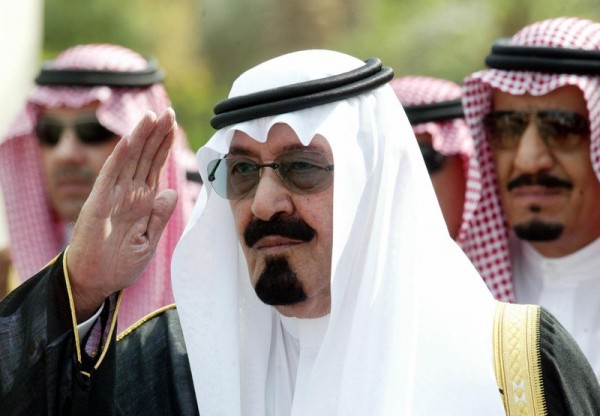 They say that being in the top job of any organization is stressful, but that the pay is worth it. It seems the same is true when it comes to the government — as these super-rich heads of state show. Who says working in the public sector has to pay badly? 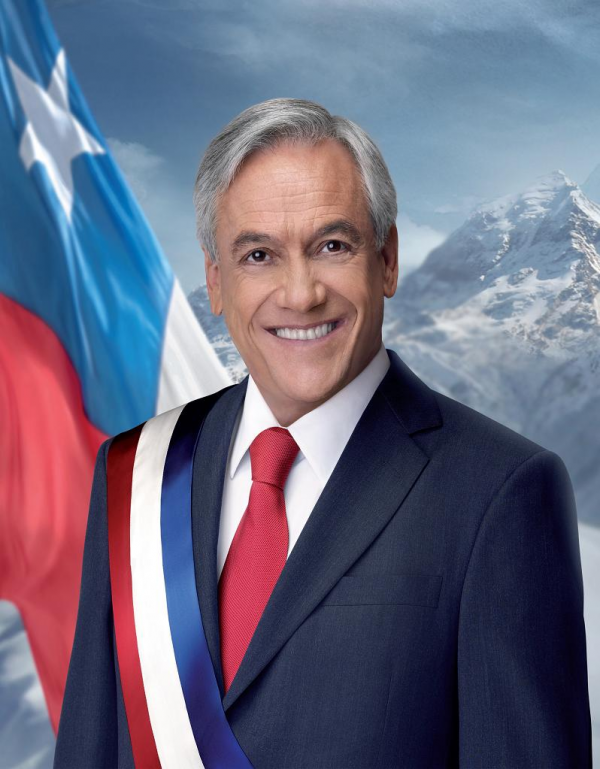 The incredibly rich but strangely robotic-looking Sebastián Piñera is the lowest in our set of billionaires, with a “mere” $2.4 billion in his pocket. The head of state was originally involved in managing a number of major companies, such as Apple Chile, broadcaster Chilevisión (which he owned 100%) and Chilean airline LAN — with investment in the latter greatly contributing to his personal fortune. In 2010 he graduated to become the “CEO” of his entire nation after being elected President, and in the same year the country’s economy grew by 5.2% — proof that his money-making abilities carry over into the political arena, as well? The Chilean numero uno also currently ranks at number 488 in Forbes’ list of the world’s billionaires. Now, if only all his money could do something to make him look less like the Terminator. 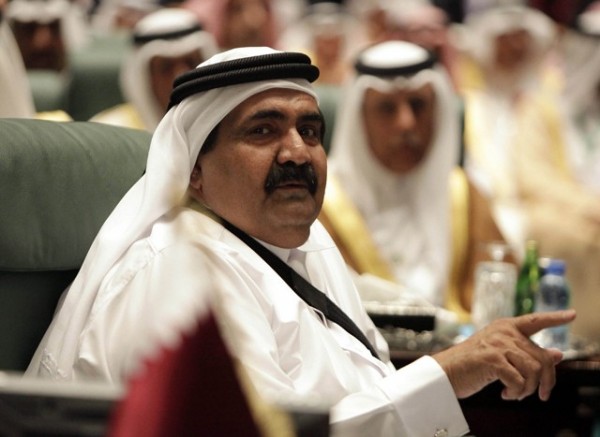 Sheikh Hamad originally came to the throne after deposing his father in a bloodless palace coup in 1995. The Emir of Qatar represents his country on state visits and is responsible for leading its development of oil and natural gas resources. The results can be seen in his $2.4 billion bank balance. The military-focused emir, who was educated at England’s Sandhurst Military Academy, has also served as his county’s Minister of Defense, and previously brought in an extensive program of modernization to Qatar’s armed forces. He also has three wives and twenty-four children. A good thing he has plenty of money to pay for babysitters! 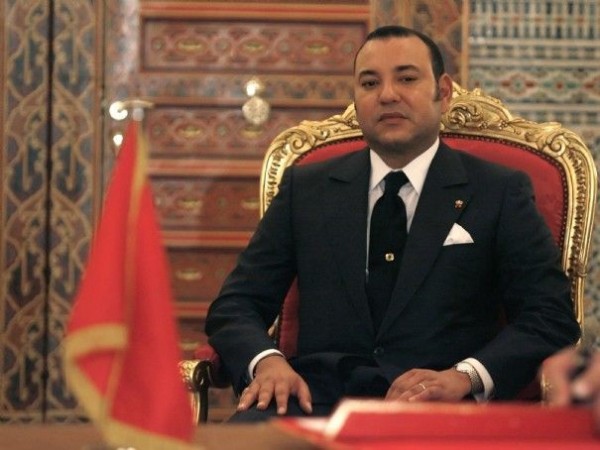 The King of Morocco, Mohammed VI, made his billions through inheritance of his family’s vast fortune and his country’s massive reserves of phosphates. As the ruler of his country, he wields vast executive powers, which he has used to undercut the sacredness of the monarchy and increase the power of the prime minister. He has also introduced reforms to make the more corrupt sections of his government more accountable to the public — although some people think these pro-democratic measures have not gone far enough. Mohammed also has a pretty hefty bank balance: he’s reputed to be worth $2.5 billion dollars, and has the sharp suits to prove it. Some people must just be born lucky. 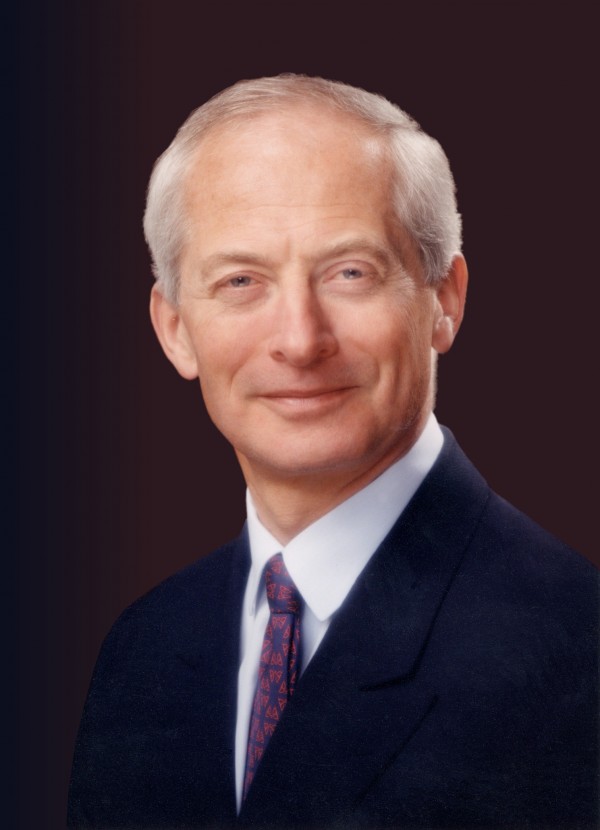 Despite being the head of state of the tiny European country of Liechtenstein, Hans-Adam II is one of the wealthiest rulers in the world and easily the richest in Europe. He beats more famous monarchs like Britain’s Elizabeth II and Beatrix I of the Netherlands hands down, which has got to be pretty embarrassing for them. Despite being royalty with vast inherited wealth, Adam worked hard for his money: not only does he own the LGT banking group; he was put in charge of the family’s finances at the age of just 27, and did such a good job that today their total wealth amounts to over seven billion dollars. As of 2004 he has formally turned over many of his powers to his son, Prince Alois. Let’s hope the kid makes as good a job of it as the old man. 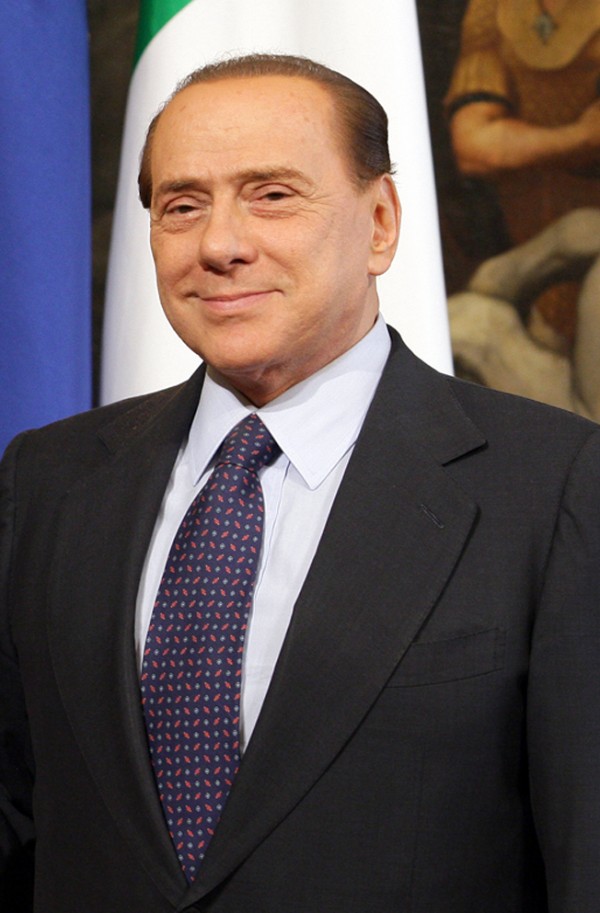 There’s a joke that the official unit for measuring political corruption is called a “Berlusconi.” Shady dealings (Berlusconi has been accused of embezzlement, tax fraud and bribery of judges amongst other things) have certainly helped the Italian leader and entrepreneur get ahead in the world: he’s not only officially the fifth richest head of state but the longest-serving leader of a G8 country, the owner of Italian football giants A.C. Milan — not to mention an investment company that controls Italy’s largest private TV stations — and is constantly seen on the arm of women decades younger than him, to boot. If that’s bad behavior, we’re not sure we want to be good. Mind you, with a list of gaffes that includes passing laws solely to slow down prosecutions against him, referring to Obama as “tanned” and comparing a German MEP to a concentration camp guard, maybe being in his shoes wouldn’t be worth the $9 billion. 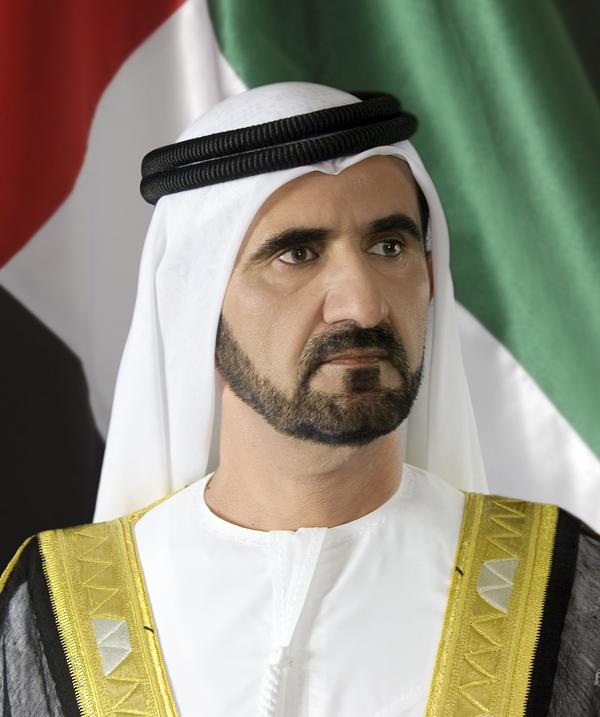 Mohammed bin Rashid al Maktoum is perhaps surprisingly low on our list at number five. In 2009 Forbes put his fortune at $12bn, but the ruler of billionaire playground Dubai used to be even wealthier, with a fortune in excess of $18 billion. When the late-2000s recession struck, however, the Sheikh lost a lot of money and was even forced to ask neighboring Abu Dhabi for a handout when the markets tumbled. Through investment firm Dubai World, Al Maktoum has control of companies such as port operator DP World Ltd and real estate developer Nakheel Properties, and through the latter has helped to craft the landscape of Dubai, including the distinctive fake archipelago, The Palm Jumeirah. His official website summarizes him as a “Leader,” “Equestrian” and “Poet.” We’d add “staggeringly wealthy Sheikh” to that, as well. 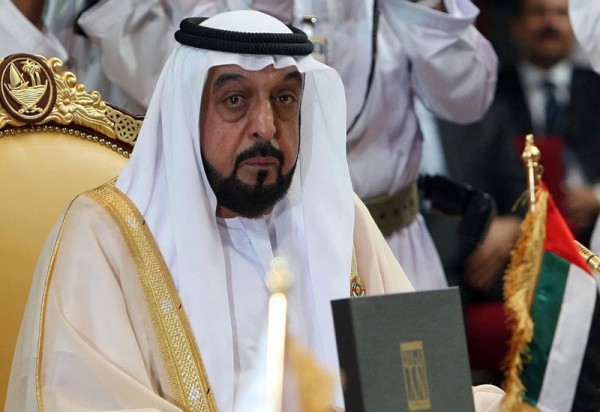 The President of the United Arab Emirates and Emir of Abu Dhabi acquired his considerable wealth from a combination of real estate investment, inheritance and oil. Due to his father’s ill health, he had been forced to be acting president before assuming the post proper in 2004. He is widely regarded as a pro-Western modernizer by the US, although he is also seen as “distant and uncharismatic” (according to communications published on Wikileaks). Mind you, the head of state is also the third wealthiest monarch in the world, with assets totaling over $15 billion. Who needs charisma if you have that? 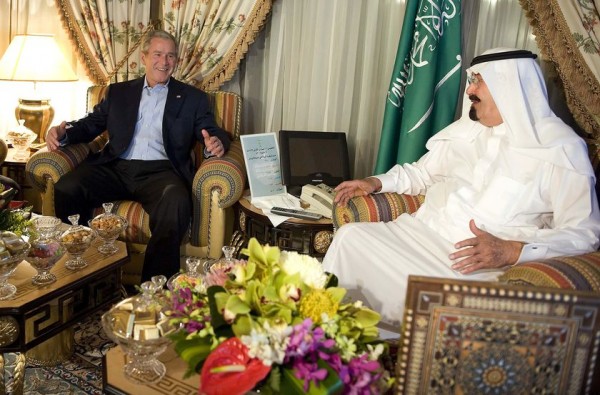 The current King of Saudi Arabia isn’t quite the King of this rich list, coming in at number three. Still, with a massive family fortune of $18 billion behind him — built on the back of his country’s unprecedented oil reserves — he isn’t exactly short of a penny either. The former Saudi Arabian National Guard commander has always had a close relationship with the US, making frequent state visits to its presidents and expressing support for George Bush, Jr. on the second anniversary of the 9/11 attacks. He’s also apparently a big fan of America’s current president, saying “Thank God for bringing Obama to the presidency,” according to private communications revealed by Wikileaks. 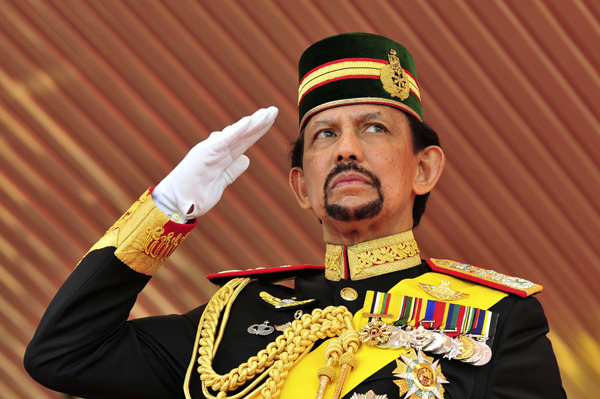 The Sultan of Brunei comes in second on our list with a personal fortune estimated at $20 billion. With wealth gained from his country’s vast reserves of oil and natural gas, he has a dynasty behind him believed to be one of the oldest still in existence. The absolute monarch has also used his riches to ensure that citizens of his country have no personal income taxes, free education and universal healthcare — making him pretty much a one-man national healthcare service. Imagine if Obama were able to do this in the US. 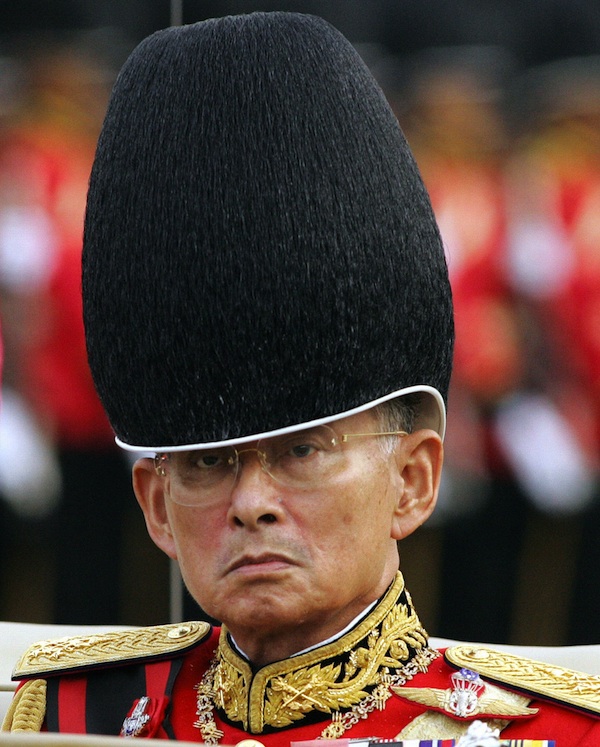 With a fortune estimated at $30 billion in 2009, King Bhumibol Adulyadej is the richest head of state on the planet. The King of Thailand is revered as a demigod in his own country — where he is deemed legally “inviolable” and any criticism aimed his way can lead to a lengthy stretch in prison. The king’s personal fortune is massive: he owns large stakes is several private companies — including Sammakorn, SCG and Thai Insurance PLC — and also has vast land holdings (although government suits stress that the latter do not form part of his personal wealth). In 2008, Forbes estimated that Adulyadej was worth $35 billion, but declines in real estate and stocks meant the figure had dipped $5 billion by the following year. Evidence that the king does return some of the love he receives from his people comes in the form of the various donations he has made to Thai development projects, in areas ranging from agriculture and public health to water resources and public welfare. See, it’s not all take. 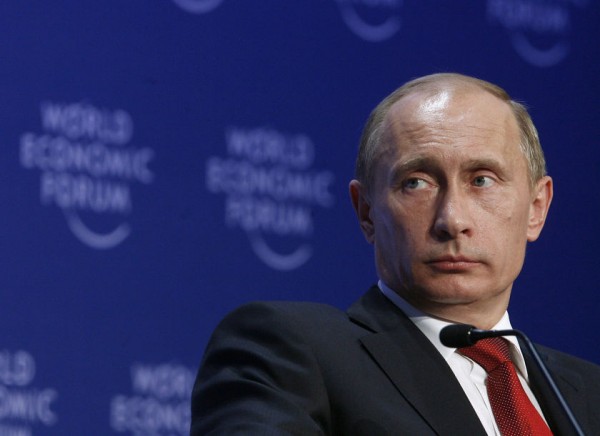 Former President (and very probably President-to-be) Vladimir Putin claims his net worth is a relatively modest $150,000, but the Russian head of government is strongly suspected of being far richer. Whistleblowers like former fellow government member Ivan Rybkin and political scientist Stanislav Belkovsky have claimed that the President controls secret assets in oil and natural gas companies like Gazprom and Gunvor… to the tune of more than $40 billion. These allegations have not been proven, but if they are true he would be richest by far of the guys on this list and certainly deserving of a place at the top — even if he has acquired his fortune by means fouler than they are fair.