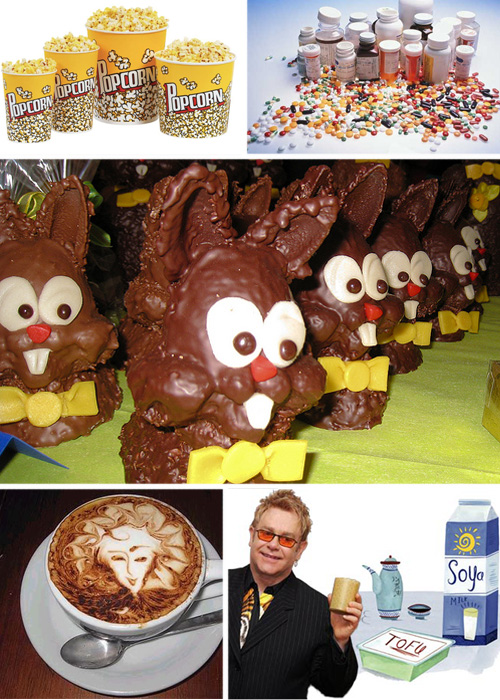 It’s time to face some unfortunate facts: prices for many commodities and goods are going up. The tremulous recovery of the economy after the recession has been shaken in recent months due to shortages, political unrest, and natural catastrophes: events like Japan’s tsunami and nuclear disaster, to the Arab world’s political uprisings, people are beginning to worry about the increasingly cloudy future of the global economy.

Life, nihilists like to say, is cheap. In time, it may be the only thing that is. 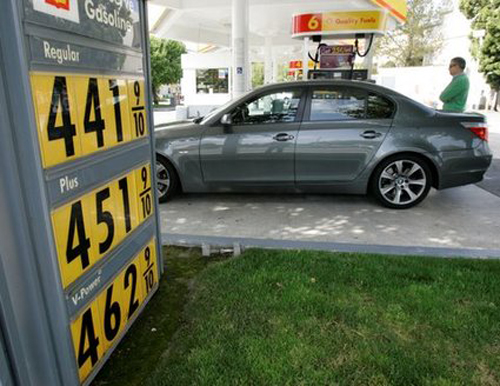 
Unless you’ve been living under a rock (or driving one around Flintstones-style), you might have noticed that filling your tank has suddenly gotten a lot more expensive. Gas prices, as of the end of March, have reached a 30 month high, with crude oil topping out at $117 a barrel on April 1. Currently, supply is still the same as it was: though Libya has stopped exporting oil, Saudi Arabia has stepped up its own production to cover the shortfall. So why are gas prices so high, having risen $.60 cents in the US since December?

The answer has to do with commodities trading: unrest in oil-producing countries in the Middle East and North Africa have caused investors to panic about the future supplies of oil. People whose job it is to speculate on the future of the economy agree that the current situation in these countries — particularly Libya, which has the largest oil reserves on the African continent — will, at some future date, affect the world’s supply of crude oil. This panic has trickled down to consumers, who are feeling the pinch at the pump.

However, the gas pump isn’t the only place that’s going to be affected by high oil prices. Airlines, already struggling against consumer antipathy, will most likely be passing on their financial suffering to passengers. Consumer goods such as shoes, packaged foods, and electronics are likely to hike their prices too. 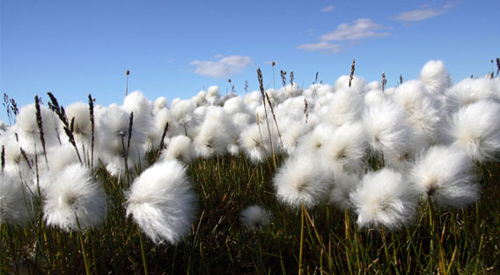 Heavy rains and flooding in Pakistan and China, two of the world’s largest producers of cotton, and rising demands by clothing manufacturers have driven up the price of raw cotton. As of April 1, the cost of cotton was $190 a pound, more than double the prices at this time last year.

Some economists are already forecasting doom for clothing manufacturers like American Apparel and H&M, while other retailers are responding by hiking up prices.

The boom probably won’t last long: American farmers are already planting more crops of cotton in response to the higher demand and prices. A bumper crop in the US could, economists theorize, bring the prices back down. 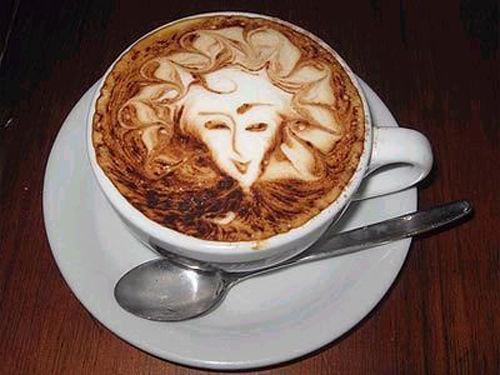 Bad news for caffeine addicts: due to a growing shortage of Arabica coffee, dwindling US stockpiles, and hoarding among top exporters, the price of your morning latte is going to rise. The prices of popular brands like Maxwell and Folgers have already risen 25%, while high-end coffee has increased and demand is rising in growing economies like Brazil and China. Coffee specialist Peter Baker is warning of an approaching “peak coffee”, a bleak scenario in which climate change and economic forces push coffee production into an unstoppable decline. 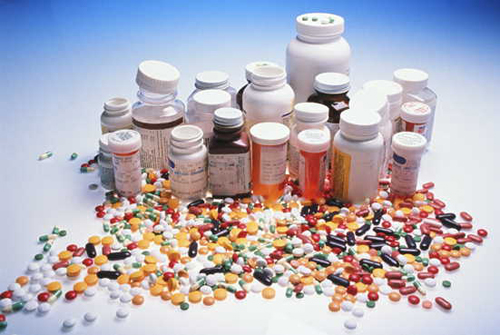 
According to the Government Accountability Office, prescription drug prices have risen about 8% in the past four years. Other agencies, such as Barclay’s Investment bank, put the rate even higher, an increase of 6.8% per year.

Prescription drug prices in America are higher than any other country in the world. Americans spent about $250 million on prescription drugs in 2009, according to the National Journal; about a third of those costs were picked up by the federal government.

With life expectancy of seniors rising, and healthcare costs across the board shooting up, Democratic lawmakers are scrambling to close what some are calling “the prescription drug donut-hole” with healthcare reforms. According to Richard Evans, an economist with Sector and Sovereign Research, drug costs have outpaced rebates offered by insurance and drug companies, which means that Americans are paying more out of pocket to keep themselves healthy. 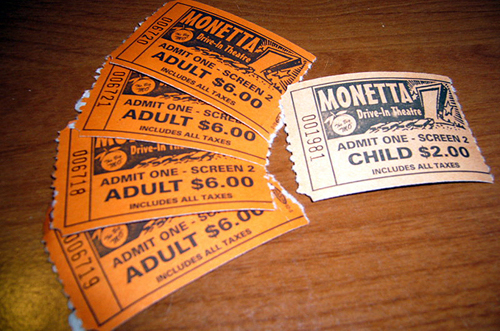 Surprisingly enough, when adjusted for inflation, movie tickets have remained pretty steady for the last forty years. An average movie ticket cost about $1.22 in 1967. When you calculate for inflation, that comes to about $7.88. Average ticket prices in the US last year had just hit $8.01.

That doesn’t account for the sudden popularity of Imax or 3-D movies however. Those tickets cost, on average, about $13 a pop, but can cost up to $20 in big cities. And with the popularity of movies like Avatar and the Toy Story franchise, it’s likely to stay that way. 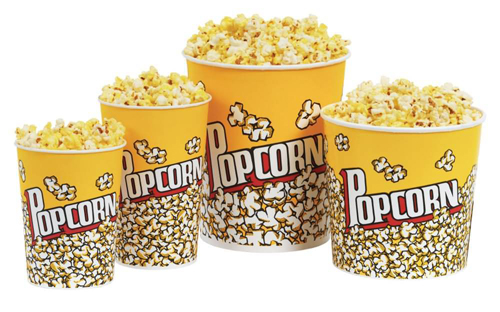 There’s a good reason for that. Or at least, the National Association of Theater Owners believes there is. According to John Fithian, president of the association, concessions account for one-fifth of all theater revenues and nearly half of all profits. The high prices of concessions keep the prices of movie tickets relatively low (‘Relatively’ being the key term here). 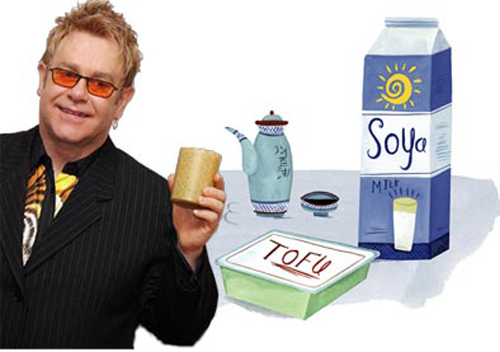 The prices of agricultural commodities are all heavily intertwined. The connections between a shortage of palm oil, the price of soy, the cost of a cut of beef, and the number of acres of planted corn are weird and twisty and sometimes hard to figure out. Agriculture seems very much like an example of chaos theory at work: the outcome of one crop having far-reaching and unexpected effects on others. Here’s what we’ve been able to tease out:

The price of soy is rising, due in part to bad growing seasons in places like Argentina and Brazil, and growing demand from importers like China and other countries in Southeast Asia. Governments, in an attempt to curb food inflation, are raising their imports and beginning to sell of stockpiles. Food price inflation can contribute to all kinds of bad things, such as food riots, which led to the subsequent revolutions that have ousted dictators in Tunisia and Egypt. In these volatile times, governments are willing to make a few concessions to keep their citizens happy in their homes, rather than rising up against them. 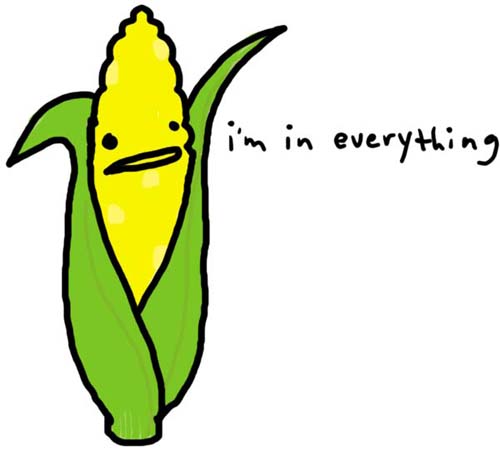 How does this relate to other food commodities? Well, according to the New York Times, it means that farmers are planning on cutting back on corn production in favor of soy. Soy requires less fertilizer, the price of which has also risen in recent years, and is fetching around $400 a tonne in the US. Corn, on the other hand, is only at about $285 a tonne.

There are conflicting reports, however: the USDA has said that US farmers are planning on planting more corn, an increase in acreage by about 4.5%. Corn futures jumped $.30 on March 31, after the USDA revealed that US stockpiles are lower than expected.

So which crop will win out? At this speculative stage, nobody can tell. 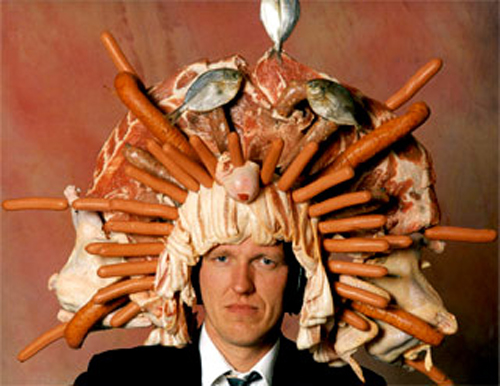 What we can tell you is this: it might be time to consider going vegetarian. The growing costs of corn and soy (both of which are main ingredients in most livestock feeds), mean that meat is about to get a lot more expensive. Cattle futures reached an all time high last week. 2010 reported the smallest US cattle herd in over 50 years, while demand for meat from the growing middle class in Asia drove up prices.

Some reporters are prophesying doom, as high food prices become the new normal. Some blame it on biofuels and ethanol production, while others are claiming the crisis is rooted in global climate change. Some economists are even predicting that global food riots, even in developed countries, could be right around the corner. 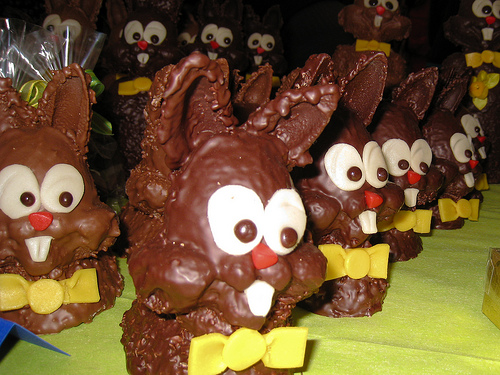 Women everywhere, prepare to cry: there may soon be a worldwide shortage of chocolate.
Severe political unrest in the Ivory Coast, a West African nation that produces nearly 40% of the world’s cocoa beans, has prompted a ban on exports by president-elect Allesane Ouattara. Late last week, the UN also imposed sanctions against incumbent president Laurent Gbago, who has held onto power despite losing the 2010 presidential elections.

In addition to what seems like an inevitable civil war in Ivory Coast and the trade embargo on cocoa, cocoa farmers are hurting from a widespread blight on their trees. If that wasn’t bad enough, cocoa farms rarely make their owners enough money to feed and educate their families: there have even been reports of child and slave labor used in production.
Maybe it’s time to switch to fair trade chocolate: the prices won’t rise much, and it’ll leave less of a bitter taste in your mouth.