Some companies fail by honest error. Despite their hard work and honest intentions, they succumb to bankruptcy for neutral reasons – the wrong business model, a bad economy, or superior competitors. Far more interesting, however, are the stories of companies that were driven into bankruptcy maliciously, through fraud, corruption, or scandal. Often times, these were proud and profitable businesses whose only mistake was putting too much power into unsavory hands. Their stories provide both intrigue and a cautionary tale for other businesses to heed. Here are 12 of the most infamous such bankruptcies. 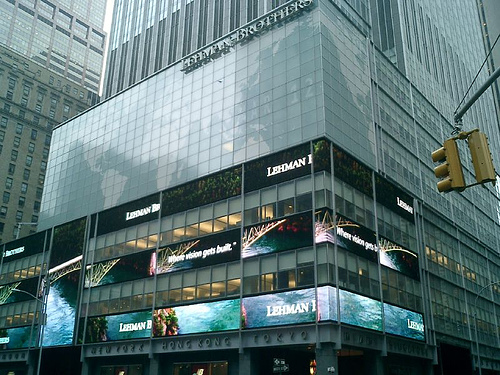 Lehman Brothers possessed more assets – over $600 billion – than any U.S. company ever to go bankrupt. According to SeekingAlpha.com, it was Lehman’s risk management strategy (or lack thereof) that was the main determinant in  the company’s demise.

“Yes, they had risk management, but it mostly used the “Value at Risk” system invented by JP Morgan Chase & Co. (JPM) in the early 1990s. VAR appears to have been designed to let the traders get on with the business of making real money, while at the same time keeping the top brass from worrying too much about the risks traders were taking.”

The problem, according to AlphaSeeker, is that this model of risk management fails to take into account what could go wrong under, the other 1%” of scenarios not forecast by the model. This turned out to be critical, as Lehman Brothers was staggeringly over-leveraged by a 30:1 ratio that was simply unsustainable. Public outcry over the situation worsened when it was announced in September 2008 that, in the words of the UK’s Times Online, “…staff at Lehman’s New York office who helped to cause the world’s biggest corporate bankruptcy are to share in a $2.5 billion bonanza,” of bonus money despite their role in the firm’s meltdown. 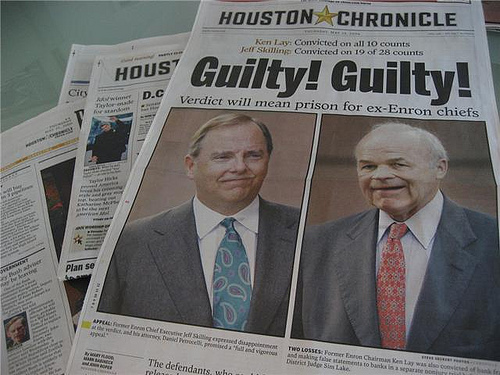 Enron will forever be the poster child for scandal-driven bankruptcy. The energy trading titan famously hid billions of dollars in losses from shareholders and the media, engaging in what prosecutor Andrew Weissman called, “…sanitizing the records so the SEC would have less information.” The combined effect of Enron’s shady accounting practices produced an unprecedented plummet in the (and any) company’s stock price, which sank from $90 per share in the late 1990’s to $0.10 in October of 2001. BusinessAndMedia.org reports that this wiped out at least $11 billion of stockholder equity, including many of its employees’ retirement funds. Prior to WorldCom’s 2002 collapse (and the Lehman bankruptcy that eclipsed it) Enron and its $63.4 billion in assets was the biggest bankruptcy in U.S. history. 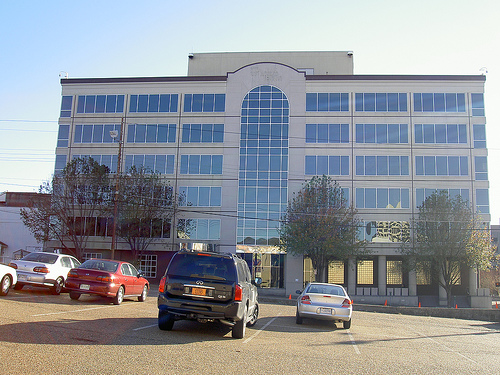 It didn’t take long for Enron to be overshadowed as the quantitatively largest bankruptcy in our history. Just one year later, in 2002, telecommunications giant WorldCom and its $103 billion in assets were done in by an accounting scandal of epic proportions. Set into motion by the company’s own Chief Financial Officer (Scott Sullivan), the swindle was exposed after internal auditing uncovered what CBS News called “improper accounting of more than $3.8 billion in expenses over five quarters.” Ousted CEO Bernard Ebbers was sentenced to 25 years in prison for his role in the debacle. In addition to WorldCom’s stock price tanking, “…as much as 76%” in the hours immediately following the news break, roughly 17,000 of the company’s employees were promptly fired and left without work. Together with Enron, the disastrous fate of WorldCom has come to define the early 2000’s as a decade of corporate malfeasance and misconduct. 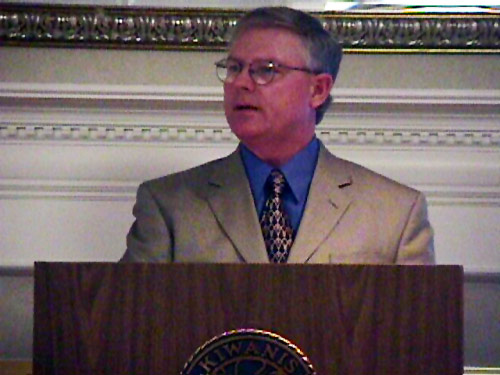 The downfall of Adelphia Communications is perhaps the saddest bankruptcy story in recent memory. After decades of hard toil to become the fifth largest cable provider in the United States, founder John J. Rigas and his son Timothy conspired to embezzle millions of dollars from the company they started. According to the Washington Post, federal prosecutors, “…alleged that that the Rigas family siphoned $100 million from Adelphia to pay for personal extravagances, hid $2.3 billion in debt and systematically deceived investors about Adelphia’s subscriber growth and its bottom line.” Adelphia’s remaining assets were scooped up by Comcast and Time Warner Cable in bankruptcy court and as such, the company no longer exists as an independent entity. The father-son duo of deception received prison sentences of 15 and 20 years, respectively. 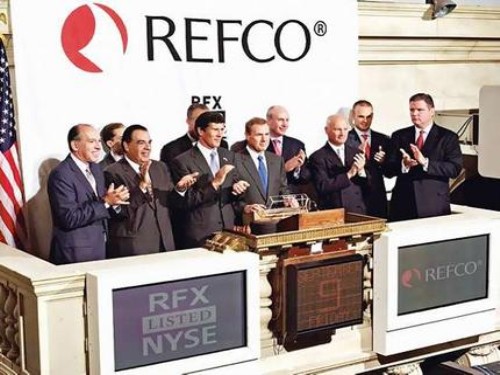 Add Refco to the long and shameful list of financial services firms swallowed by securities fraud. As reported by CFO.com, Refco CEO Phillip Bennett illicitly used a hedge fund to conceal $430 in liabilities stemming from transactions dating back to 1998 (the year Bennett took command as CEO.) The fraudulent setup came to light in 2005, when Bennett was suspended from his post and forced to repay the full amount owed. Refco later announced that it would need to, “…restate its financials going back to 2002” and the Wall Street Journal notes that the company, “…sold its regulated futures and commodities business to Man Financial,”  in November 2005. 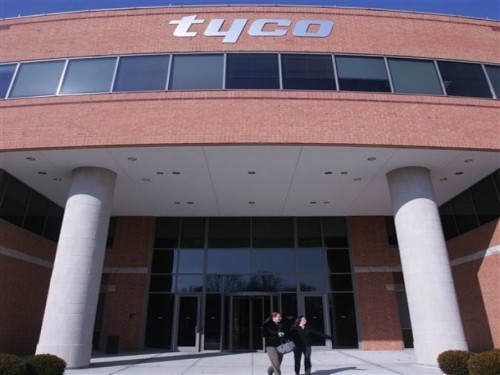 The story of Tyco’s embezzlement-triggered collapse epitomizes why so many are outraged by corporate misconduct. Former CEO L. Dennis Kozlowski and CFO Mark Swartz were handed prison sentences of up to 25 years after the pair was found to have, “…pilfered some $600 million from the company including a $2 million toga birthday party for Kozlowski’s wife on a Mediterranean island and an $18 million Manhattan apartment with a $6,000 shower curtain,” according to MSNBC. The first attempt at convicting Kozlowsky and Swartz on 22 counts of grand larceny, securities fraud, falsifying business records and conspiracy ended in a mistrial when one of the jurors was threatened, but the second trial secured the guilty verdict so many had hoped for. 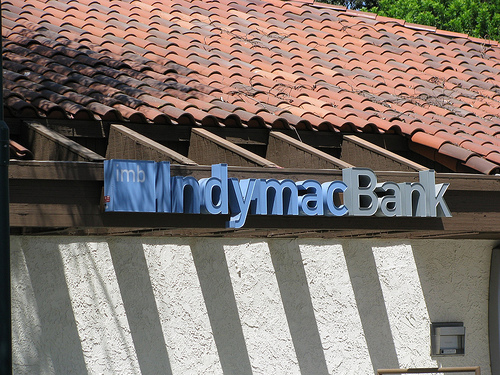 IndyMac Federal Bank has earned infamy among journalists and pundits for executing a costly “backdating” scandal in 2007-2008. According to ABC News, Treasury Department regional director Darrel W. Dachow, “…allowed IndyMac to backdate its deposits to hide its ill health.” In essence, this consisted of IndyMac recieving an $18 million deposit from its parent company on May 9 but recording the cash as if it had arrived before the end of the previous quarter, on March 31. This enabled the company to conceal how under-capitalized it was and continue enticing customers to deposit money with the struggling bank. Indeed, the LA Times reports that IndyMac reeled in some $90 million more in uninsured deposits before being placed into receivership. 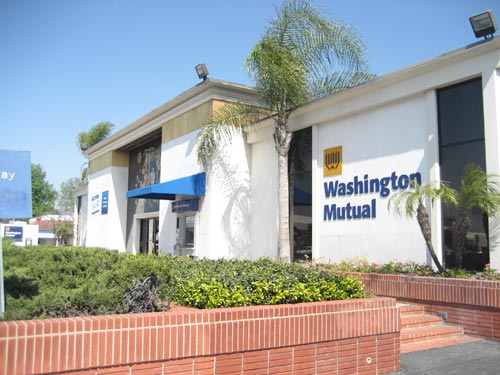 The BloggingStocks.com article “Drugs, Fraud, and Betrayal at Washington Mutual” paint a horrifying picture of how that company spiraled into bankruptcy and despair. Asking in vane why regulators did not sense the company’s troubles, the article reports that the CEO “snorting methamphetamine every morning” while embezzling $88 million from 2001-2007 during the height of the company’s mortgage fraud fiasco. A chilling New York Times piece describes the company as having “built an empire of bad loans” and reveals how little scrutiny and background checking was exercised in handing out money to untrustworthy borrowers hand over fist.

“By 2005, the word was out that WaMu would accept applications with a mere statement of the borrower’s income and assets — often with no documentation required — so long as credit scores were adequate, according to Ms. Zaback and other underwriters.”

When all was said and done, J.P. Morgan Chase bought what remained of the failed bank for $1.9 billion in a deal brokered by federal regulators, according to the Wall Street Journal. 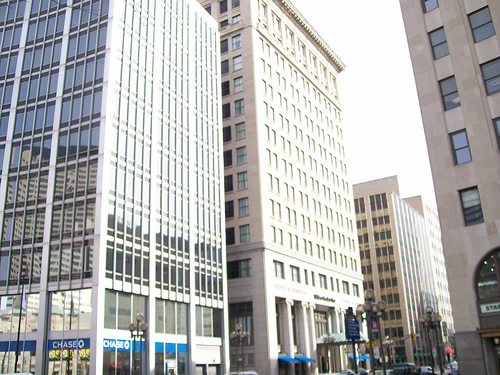 Conseco offers yet another example of a once-proud company done in by fraudulent accounting practices. The University of Chicago law school’s blog ran a penetrating exposé of Conseco CEO Stephen Hilbert’s tactics, which included structuring the books in such a way that he was entitled to low-interest loans from company funds and the fact that Conseco “engaged in accounting fraud related to certain mortgage-backed securities offered by subsidiary Green Tree Financial.” The company succumbed to bankruptcy soon thereafter, making Conseco’s shares (which were the sole collateral for Hilbert’s illicit loans) totally worthless. Fortunately, Conseco has since cleaned up its act and according to the Wall Street Journal, “trades publicly and carries a market capitalization of $270 million.” 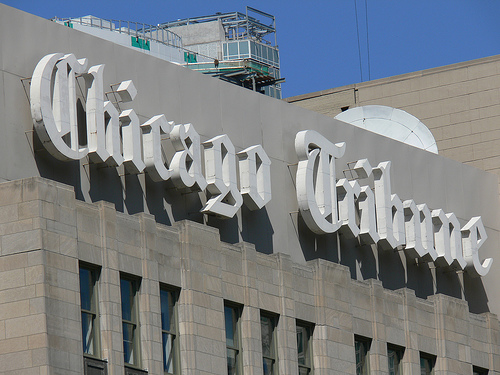 Staggering under a whopping $13 billion in debt, Tribune Company (parent of the Chicago Tribune newspaper) filed for chapter 11 bankruptcy in December 2008. However, many have speculated that there is more to the story. Disgraced ex-Illinois governor Rod Blagojevich is reported to have threatened to withhold state funds from the Chicago Tribune unless it fired editorial writers who had been critical of Blagojevich’s policies. The New York Times reports that Blagojevich told his chief of staff, “…our recommendation is fire all those [expletive] people, get ’em the [expletive] out of there and get us some editorial support.” It was further speculated that the Blagojevich family delayed Tribune from selling the Chicago Cubs baseball team long enough to force the company into bankruptcy. Blagojevich’s wife Patti is reported to have said, “…hold up that [expletive] Cubs [expletive],” [expletive] them.” 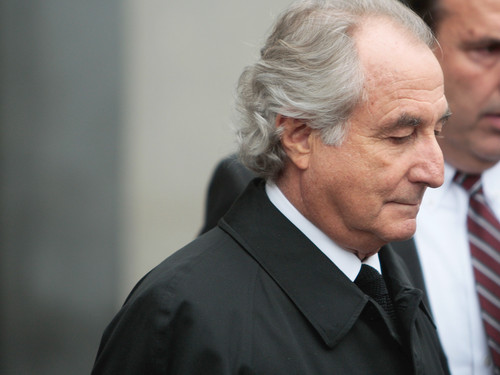 Bernard Madoff Securities didn’t have the brick-and-mortar presence of Enron or Lehman Brothers, but at one point, it held some $60 billion swindled from high-profile individuals like New York Mets owner Fred Wilpon and legendary director Steven Spielberg. (The Wall Street Journal‘s running tally of victims is a veritable “who’s who” of famous corporations and wealthy individuals from all walks of life.) So complex are the bankruptcy proceedings for Madoff’s “company” that Irving Piccard and a squad of lawyers have been appointed to dissect it piece by piece. The Huffington Post quotes the lawyers as saying that Madoff treated the money entrusted to him by victims, “…as his personal bank account, taking funds when he needed them and transferring funds to other Madoff entities or family members when it suited his whim and purposes.” 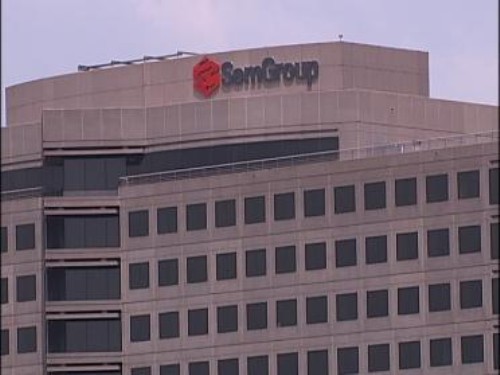 Oil trucking and pumping firm Semgroup was pushed into bankruptcy in 2008 by fraudulent trading, according to several sources. CFO.com reported that SemGroup’s lender admitted this to be the case in court documents. Forbes elaborates in its eye-opening article “Inside The Semgroup Bust”, noting that CEO Thomas Kivisto illicitly borrowed $290 million and lost it on personal trading. It should be noted that this represented only a fraction of the company’s total losses, clocked by Forbes at $2.4 billion. Kivisto was ousted from Semgroup in July 2008 after the company filed for chapter 11 bankruptcy. Additionally, TulsaWorld reports that Kivisto (along with ex-CFO Gregory Wallace) was sued in 2009 seeking the return of $362 million in company funds squandered in their own private lives.