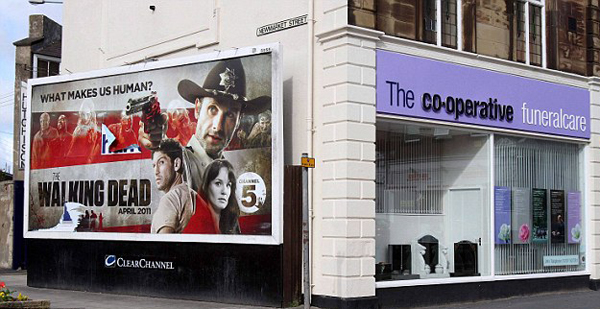 Billboards are the most popular form of outdoor advertising and, according to some sources, the fifth biggest advertising medium in the world. These short messages plastered beside our highways and along our streets have the advantage of reaching huge amounts of people, attracting new clientele and upping sales – all at an affordable price. There are a few key factors that play into a billboard’s success, with one of them being location. While the following companies may have paid attention to where they put their billboard in terms of audience and exposure, their message got a little diluted among the surrounding ads. The following billboard juxtapositions are humorous, if a little unfortunate, and combine to deliver unintended messages that businesses would do well to avoid.