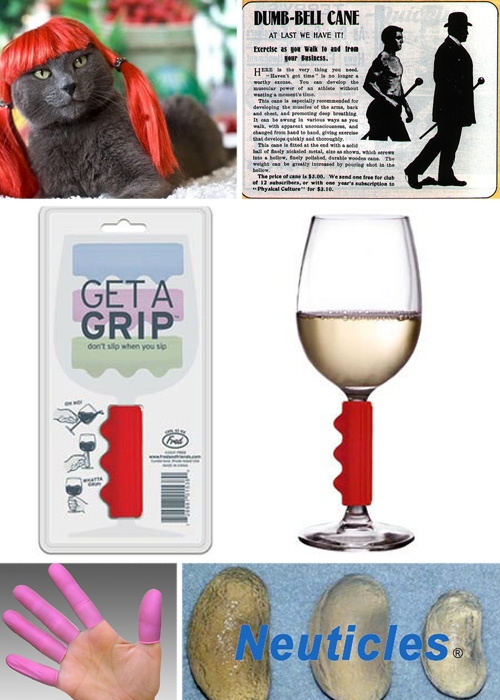 Despite the world’s trials and tribulations, it seems like a lot of inventors are hell-bent on creating products which are nothing more than a worthless gimmick. This is because people would rather try and buy their way to health and happiness than work toward it. Money-hungry inventors and investors are all too eager to give the lazy and stupid what they want: useless crap which promises to improve the quality of life while really serving no more purpose than a dust-gathering end table in an unused room. Here are 15 of the most worthless inventions to ever separate a fool and his (or her) money. 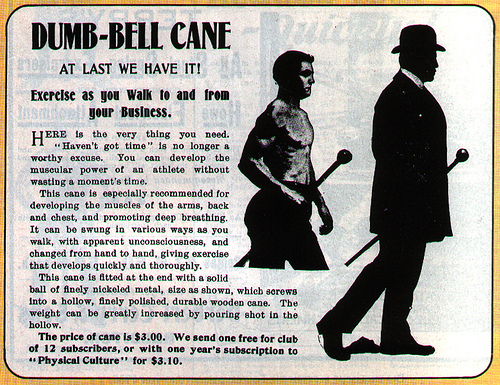 Like olde tyme fitness in an olde tyme way? Then you need the Dumbell Cane from the early 1900’s! Invented by what we assume was an olde tyme scientist, the Dumbell Cane was essentially a very heavy cane with a nickel top. This was more likely used to club unruly man servants and those jerks on the Hi-Wheel bicycles.

Get a Grip Wine Glass Grip 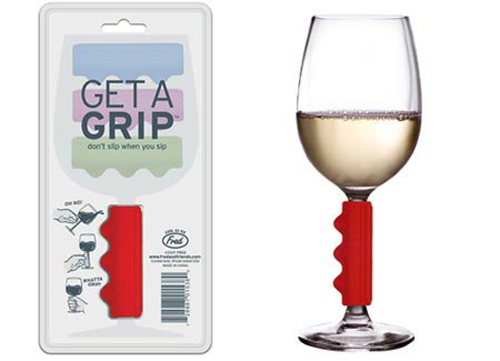 Have you ever said to yourself, “Gosh, I’m too stupid to properly hold a wine glass!”? Do you wonder how you might make it abundantly clear that you are a clod in front of a group of sophisticated wine drinkers? Look no further! The “Get a Grip” wine glass grip puts a bright red grip on your wine glass that says to the world, “I am probably a toddler, and you should call child services right now.” 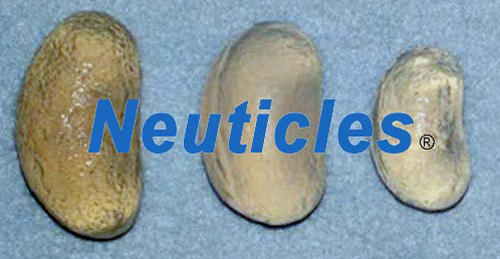 Do you feel bad about what you did to Rover? No, not the peanut butter thing, the other thing when you took him to the vet and got his nuts removed? What is your best friend going to lick for the rest of his life? The answer is Neuticles! Neuticles allows your dog’s junk to return to its former glory. Now he’ll have something to do while you visit your therapist.

Let’s face it: boobies are distracting. You don’t want to be doing a kidney operation when the nurse leans over to help and gives you a clear view of her meat jugs. Fortunately, there’s Camiband! Now when that hot chick goes to work, she can wear this and pretend people take her seriously. 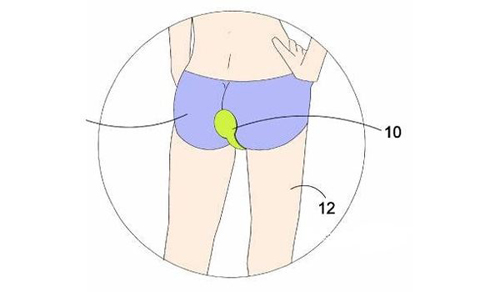 After years of failure with corks, the inventor of this gadget decided to go in a different direction. Why not stop butt gas near its source? The Flatulence Deodorizer is kind of nice way of saying “Fart Tampon”. But unless your gas is SBD, the noise is probably still going to give you away. 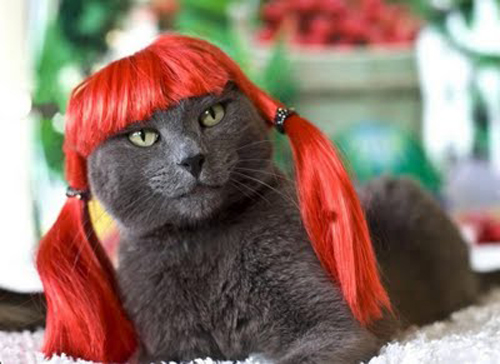 Finally, something for bald cats! Cat Wigs come in a variety of shapes and sizes. It’s the perfect gift for your crazy cat lady that isn’t quite crazy enough. It’s probably the same kind of people that tried to order Kitten Mittens. It is highly doubtful that a cat would ever tell its owner about a desire to own a wig and mittens, and much more likely that weird single women across America are struggling to force these stupid inventions on their poor, squirming cats who want nothing more than to be left alone to their windowsills and strings. 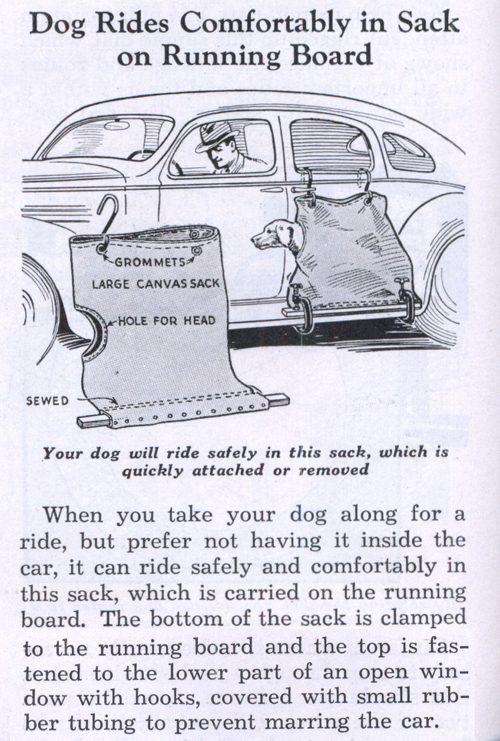 Like your dog enough to take him on a drive, but not enough to let him in the car? The 1950’s had the answer… Kind of. It’s a Dog…Sack…thing. Just fasten old Rover in this bag and I’m sure he’ll remain perfectly still while you barrel through traffic at 60 mph. It’s a good thing pets were disposable in those days. 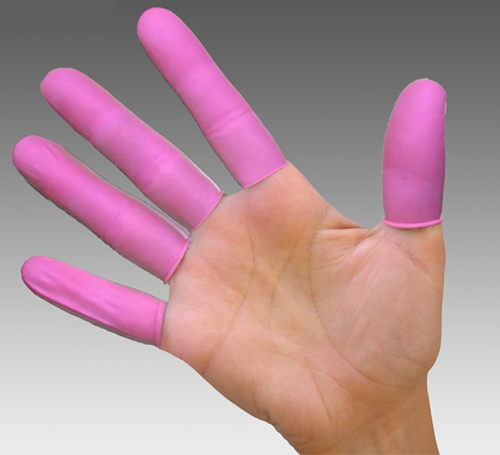 It’s not really clear what demographic of people would be interested in this product, but for those have a weird rubber fetish and/or love the tiny finger condoms used at the dentist, Phone Fingers is the way to go. Why look like an idiot pounding the touch screen while wearing gloves, when you can look like a douche from the not-too-distant future? It’s truly a product that says to the world, “I’ll buy anything that’s in a Sky Mall catalogue.” 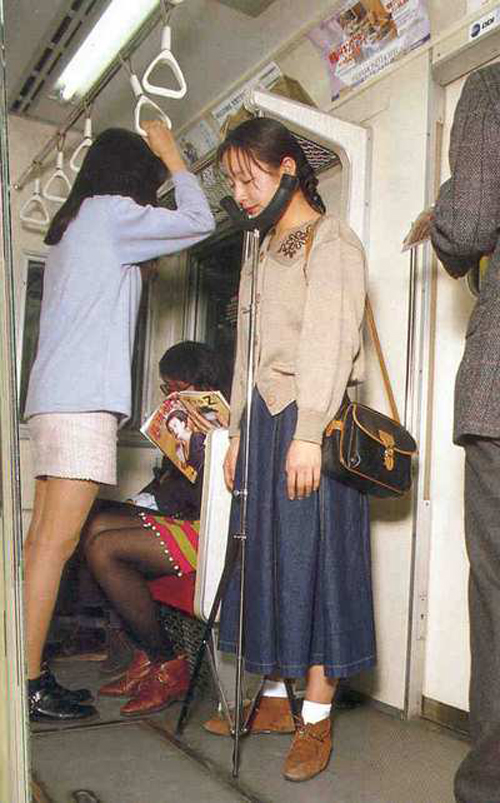 No, this isn’t a device for Jared, the fast food spokesman if he gained back all his weight, it’s actually a device for people to lean their chins on in the subway. It was marketed in Japan, the only country where this might not look completely insane. But finally, Bill O’Reilly has something to hold up his giant forehead if he gets too tired.

Sadly, this is not a fork made out of pizza, which would at least be delicious. It is instead a fork with a pizza cutter on the handle. It’s sort of like a lame Swiss Army Knife for people too lazy to wash utensils AND cook. 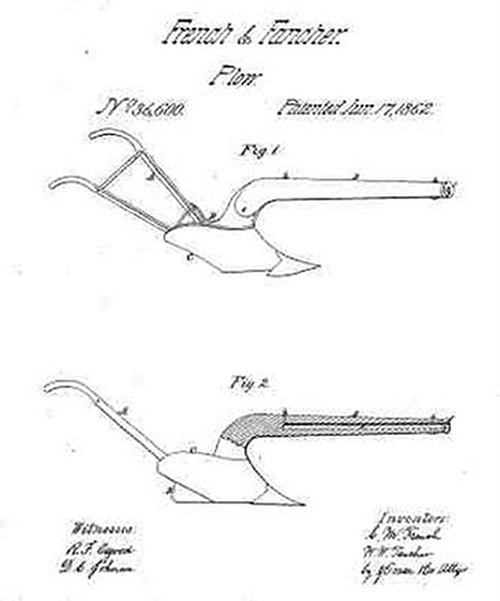 We don’t know what kind of farm the inventor was running to build this, but it must’ve been pretty bad. When you have to take your turnips hostage or shoot your mule in a hurry, this invention from 1826 is for you. Either way, you’re not getting on a plane with this baby.

And you thought the Pizza Fork was going to be the dumbest fork on the list. This invention has a timer that allows the user to know when its time to take another bite. Still, you have to understand that it was patented in 1995, a crazy era for forks and timed eating. Seinfeld was still on the air and if you could be “Master of Your Domain” you at least had to be master of your fork. 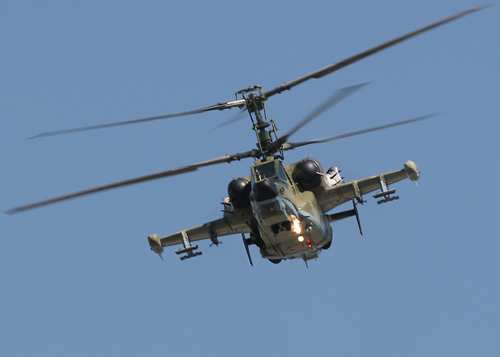 No one wants to go down with the chopper, but is it better to get ripped to shreds instead? The Helicopter Ejection Seat probably had good intentions, but the guys that invented it just didn’t think it through. Maybe a Helicopter trap door would work better. 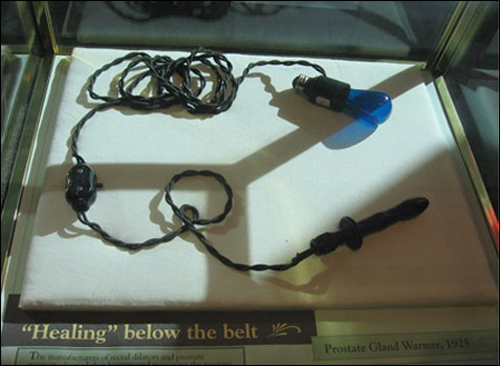 Patented in 1918, the prostate gland warmer was suppose to stimulate a man’s “abdominal brain”. Instead it ended up more like an alien probe sans the alien. From the looks of that invention, it may have been adapted for the ladies later on.

Even more useless than a computer floppy drive or Ryan Seacrest, the Useless Box performs as advertised. It’s a robot whose only function is to turn itself off. Now if only they could somehow adapt it so it would work on Joe Biden’s mouth.