Some of the greatest fortunes and empires in history were created by people who started with nothing. Today, we celebrate 25 of these iconic figures – businessmen, technology entrepreneurs, even celebrities and athletes – by recalling the tales of their rise to glory.

Don’t feel bad if your favorites aren’t on the list, this is just a glimpse of the many visionaries we’ve seen throughout history and there are countless others who also deserve attention.

While each of them took a slightly different path to financial greatness, virtually all of them started from very humble beginnings.

Here they are in no particular order: 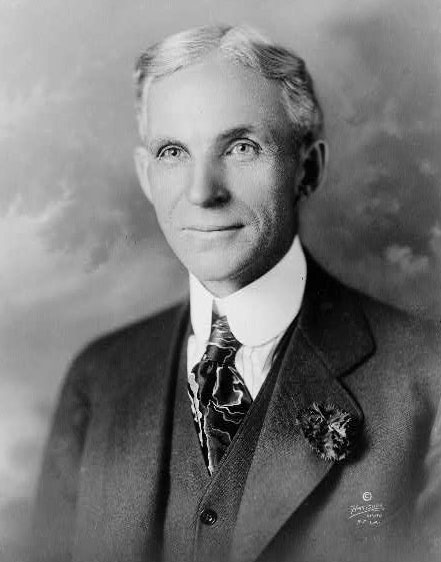 It’s tough to think of a man who carried the torch of business further than Henry Ford. Ford became famous for pioneering the assembly line and in the process, becoming the first man to successfully mass produce automobiles. Amazingly, Ford jump started the Ford Motor company with virtually none of his own money. As ‘Venture Capital Sources’ explains, Ford “raised a nominal sum of money from friends for initial working capital purposes. He then proceeded to cleverly negotiate deals with his suppliers that let him purchase parts on credit.

SEE ALSO:
How to Create an Effective Marketing Plan for a Small Business

This in turn motivated him to sell his cars quickly – at a profit – so as to repay his suppliers. After years of diligently reinvesting those profits back into the business, Ford Motor was an industrial giant – and its creator was forever immortalized as a business legend.