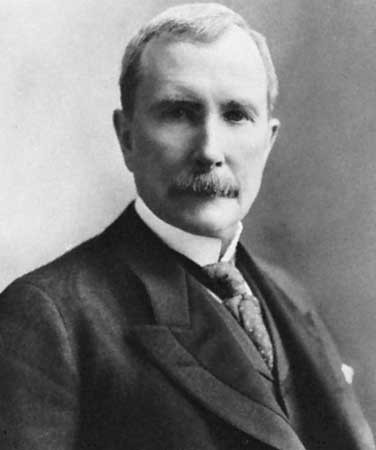 John Rockefeller is the business titan behind Standard Oil. After scratching and scrimping to buy his first oil refinery in 1862, he was already a dominant force in the industry by the 1870’s. From there, he almost single-handedly revolutionized the mass market for oil. By offering discounts to the railroads that carried his oil cross-country, Rockefeller was able to, in turn, sell it to customers for low prices that were previously unheard of. This helped establish Rockefeller’s legacy as one of America’s earliest business heroes, and he is still celebrated for his “ability to refine crude oil to produce kerosene and other products better, cheaper, and in greater quantity than anyone thought possible.”