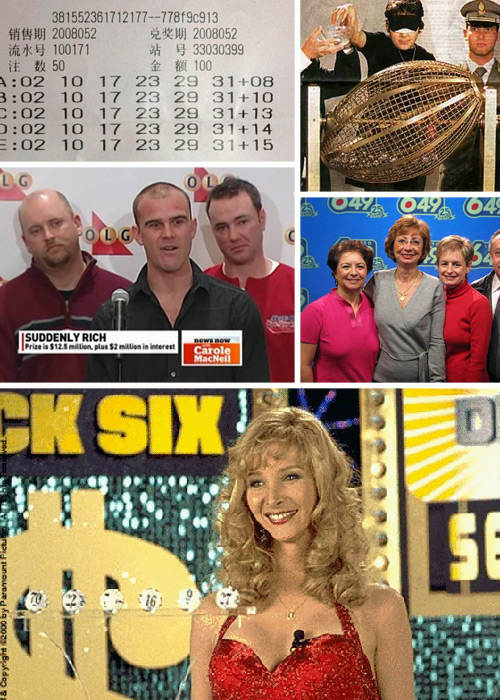 Playing the lottery is a bleak and hopeless abyss of wasted money and discarded scratch offs. Regardless, people can’t seem to stay away from it. There are two types of lottery players: the addicted and the entrepreneurs. While some richer folk prefer to purchase lottery tickets in bulk (thus beating the odds out with all their money), others take the low route by scamming and scheming their way into heaps and heaps of gold bullion. It works the other way around, as well — no one wants to dole out millions of dollars to some random ticket holder, and businesses have been caught fudging numbers and paperwork to avoid paying up. Here are five of the biggest lottery scandals ever.

The Triple Six Fix is probably the most notorious lottery scandal in history. During the night of a three-ball drawing for a then-unprecedented PA jackpot of $3.5 million, three balls were drawn: 6, 6, and 6. What the six million viewers didn’t realize at the time was that TV host Nick Perry and some of his cronies had weighted down all balls that weren’t 4’s or 6’s in order to rig the drawing.

It was hard to catch Perry and his friends in the act, but they were figured out when an anonymous tip alerted authorities to a small bar near Philadelphia. Perry’s cohorts, the Maragos brothers, had visited the bar and paid for a large quantity of lottery tickets in cash. Playing only 8 specific numbers, a female companion of theirs placed a phone call from the bar and held the receiver up to the sound of the machine printing tickets. She also spoke in Greek, a language Perry was fluent in. The call was traced back to WTAE-TV, where the drawing would be done by a volunteer and hosted by Perry.

Perry got two years in prison and a movie, “Lucky Numbers”, created about his story. 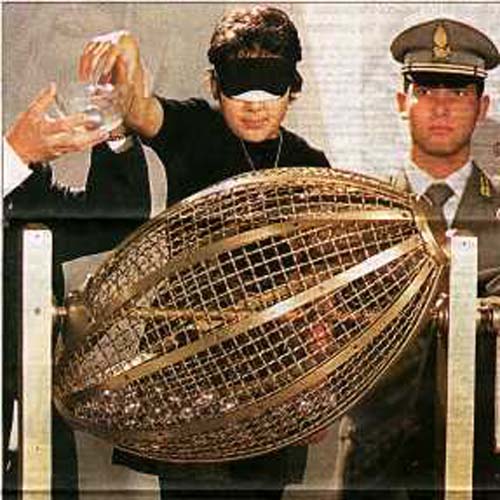 The Milan Lotto may be less infamous than the Triple Six Fix, but it was way more costly. The scam weaseled out to $174 million dollars in cheater’s money, and nine people were consequently arrested for their involvement in the riggings.

The method of number-drawing at the Milan Lotto involves blindfolding children and having them pick out numbered silver balls from a spinning drum at random. Over the years, scammers, gang members, and fraudulent officials would rig the drawing by using tampered balls. Children were bribed to learn how to squint through their blindfolds, and some balls were marked so that the kids could easily see which numbers they were supposed to choose. Other balls were heated, frozen, or sprayed with a glossy coat to stand out from the rest.

Since the ordeal, lottery sales in Italy have slumped considerably. Requests to reform lottery drawings by having a computer draw the numbers at random have been ignored, hinting that there may be some powerful people behind the scandal. 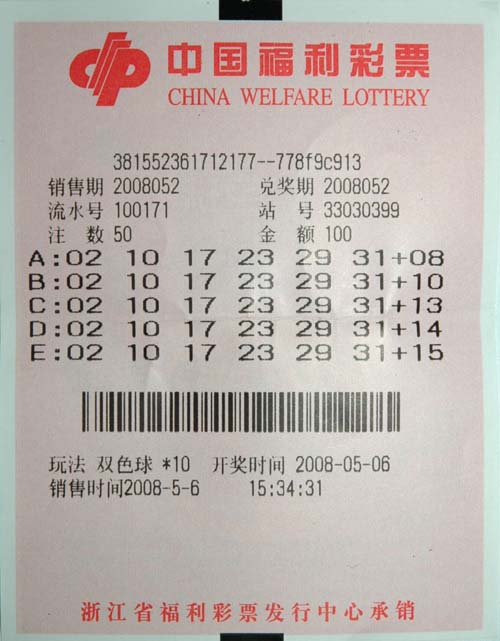 Zhao Liqun was sentenced to life in prison for his little trick, an unreasonably harsh sentence compared to those who executed carefully planned criminal rigging schemes.

Liqun was like any other lottery player, but one day discovered a loophole in China’s lottery drawing — after the winning numbers were chosen, there was a five minute window during which a player could still choose them on a qualified and playable ticket. Liqun did this three times, ‘winning’ over $4 million dollars. Once discovered, Liqun was made an example of when he was sentenced to life in prison in 2007. 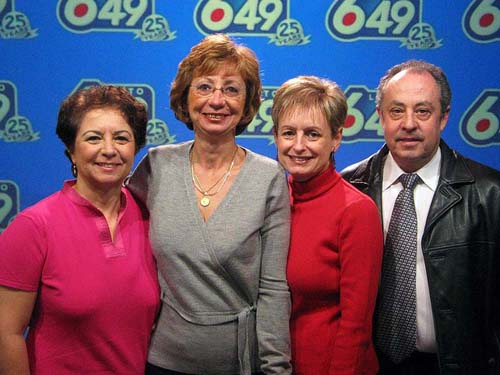 A convenience store clerk scammed a customer out of his winning ticket in June or 2004, swiping her ticket and claiming it as his own six months after the drawing. When Lorraine Teicht, the real winner, and her colleagues grew suspicious of the identical ticket (since they played the same exact numbers every week), they hired a private investigator.

It was discovered that Hafiz Malik, the shop owner, had stolen the ticket and been awarded over $6 million dollars in winnings. Teicht was reasonably very upset over the thievery, but died before Malik was sentenced to a mere one year in prison in 2010. 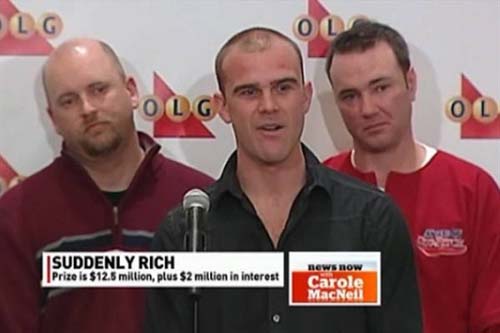 When the Lotto Super 7 jackpot was drawn in 2003, a group of construction workers participating in a group lottery draw thought they had simply bought a losing ticket. What really happened was another Treicht-Malik type case: the store clerks had swapped out the winning ticket once they realized how much it had won, replacing it with a losing one.

It took almost ten years for authorities to uncover the scam, but in 2011, over $10 million in houses, cars, and jewelry were seized from the con-artists. The construction workers were awarded their long-overdue prize of $12.7 million, with an additional $2 million in interest.