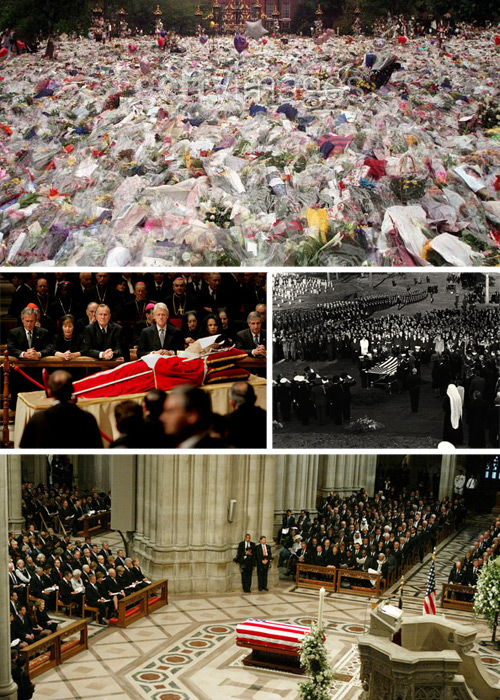 The lives of celebrities are marked by the five Fs: fame, fortune and friggin’ fabulous funerals. Wait…what? The famous and famously infamous often choose to enter their afterlife in a manner befitting their intoxicating mortal life. From Michael Jackson’s $25,000 casket to a parade of 16 white limousines transporting mourners during Elvis Presley’s funeral procession, celebrities and their families spare no expense to leave a lasting impression on the departed’s fans and followers. Then again, when you are a religious leader, a royal, a president or a world conqueror, why would you go online and purchase a Wal-Mart casket? 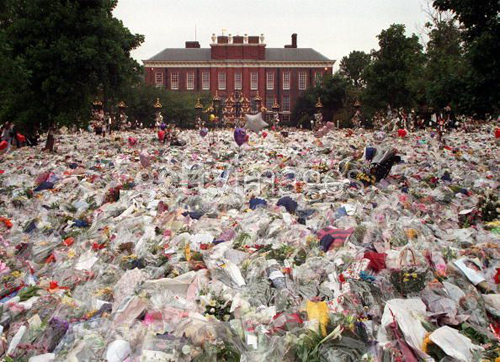 She may have been the People’s Princess but Diana’s funeral was unlike anything the people of the world had ever seen. Nearly a week following the August 31, 1997 death of Princess Diana due to injuries suffered during a Paris car crash, approximately 2.5 billion people worldwide were glued to their televisions to watch Lady Di’s funeral. Following her divorce from Prince Charles, Diana’s celebrity and worldwide popularity soared to new heights and tragically taught the world a lesson about the price of celebrity and the dangers of paparazzi.

Although Princess Diana was no longer the wife of the Prince of Wales, Diana was given a royal funeral on September 6, 1997 in Westminster Abbey, so as to pay an appropriate tribute to her global status and honor her as the mother of the future King of England. Her service included rousing readings from her family as well as one of the most memorable funeral songs of all time: Elton John performing “Candle in the Wind.” Following the service Diana’s body proceeded through London for burial at the Spencer family’s estate at Althorp. In a memo released to the public, officials have been criticized for joking about the cost of Diana’s state funeral, which was speculated to have cost the country five million pounds. 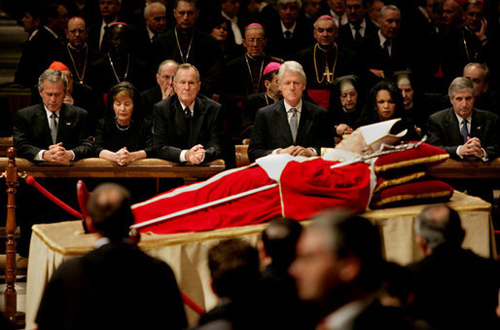 He has been paraded, parodied and Popemobiled, but Pope John Paul II was never more on display than during his elaborate April 8, 2005 funeral. The Pope was laid to rest six days after his death, but not before kings, queens, prime ministers, presidents and world religious leaders gathered to mourn him. Prince Charles even postponed his long-awaited wedding to Camilla Parker-Bowles in order to count himself among the fold of amassed dignitaries, the likes of which only the United Nations could assemble. The funeral, which reportedly cost The Vatican nine million euros, also drew four billion pilgrims into Rome and spurred more than two billion television viewers. In stark contrast to the pomp and pageantry of John Paul’s papal funeral, his internment was much more simple and subdued. His wishes were not to be entombed in an elaborate gold, jeweled, above-ground sarcophagus but laid to rest in a traditional grave below sleek, white, burial marker that listed his length of life and dates of pontification. 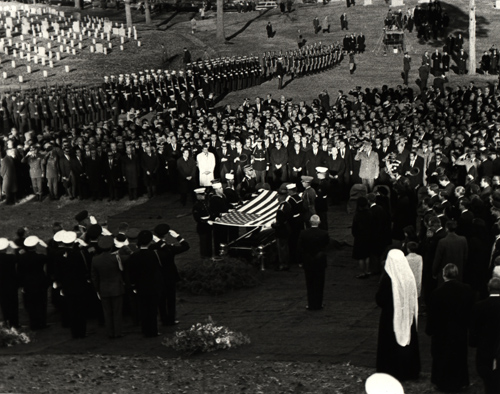 Friday, November 22, 1963 to Monday, November 25, 1963 encompassed one of the most shocking, memorable and iconic periods in the history of American media and the history of the United States as a country. The assassination of President John F. Kennedy, the on-air murder of Kennedy’s assassin, Lee Harvey Oswald, and Kennedy’s funeral procession have burned images into the minds of the 1960s generation and subsequent generations. In a memo from Margaret Earl to David Gergen, the projected cost of expenses relating to President Kennedy’s funeral is four million dollars. In addition, tax payers footed the bill for a Day of Mourning, which only required essential, federal emergency employees to report to work. The skyrocketing costs did not end here.

There is a reason that images surrounding Kennedy’s assassination and funeral are so unforgettable: coverage of these events was played and displayed non-stop. According to a href=”http://www.museum.tv/eotvsection.php?entrycode=kennedyjf”>The Museum of Broadcast Communications, networks lost approximately $40 million dollars in profits associated with regular commercials and television programming, making the death and funeral of President Kennedy one of the most expensive in history. 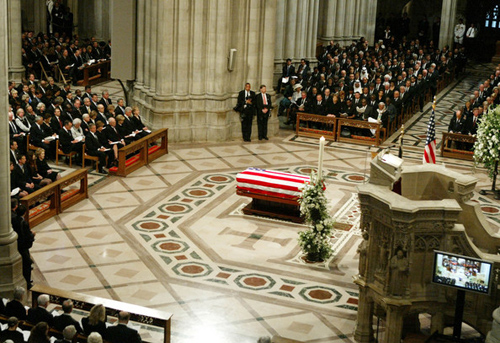 Would you believe that the funeral of one man, namely the savior of the fiscally conservative Republican Party, could have a price tag of upwards of $400 million? Believe it. Ronald Reagan’s funeral packed a wallop to rival even the most through-the-roof Democratic spending plans. Oh. The. Irony.

During the United States’ official Day of Mourning, stock markets closed, federal workers were given the day off and media outlets focused on nothing but the funeral services. And while a Day of Mourning is standard practice for the death of a president, when Functional Ambivalent crunched the numbers, the $400,000,000 tax payer bill for a federal vacation day sent heads spinning. If you add to that amount the estimated costs for state services, security and cost to networks, some speculate that the total expenses related to Reagan’s funeral may have reached as high as $800 million or even $1 billion. 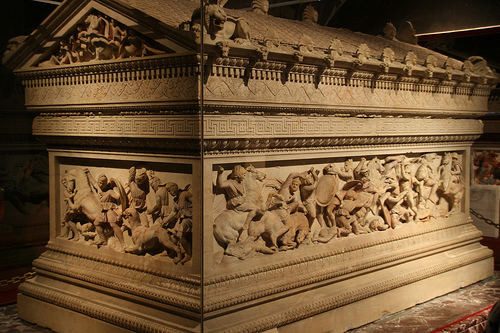 The alleged last words of the Macedon King, Alexander the Great, were “I forsee a great funeral contest over me.” But at an estimated cost of $600,000,000 dollars in today’s cheddar, ol’ Alex should have been more concerned about the funeral bill. Then again, shouldn’t a military mastermind who ruled over most of the known ancient world deserve a funeral that called for more gold than can be found in Teresa Giudice’s bathroom? Apparently.

Some accounts of Alexander’s death claim that he was preserved in a vat of honey and encased in glass, while other historical depictions show that he was placed inside an elaborate gold sarcophagus, which was encased in a gold casket. We’re talking solid gold here, not the gold-plated, gold-leafed or gold spray-painted stuff. To top it off, this gold shrine was transported from Babylon to Macedonia via a gold carriage, a team of upwards of sixty horses and a specially constructed road built to hold the weight and size of the procession. The gleam of this spectacle rolling through a 323 BC world would make the sparkle of Las Vegas appear as bright as a dying flashlight.