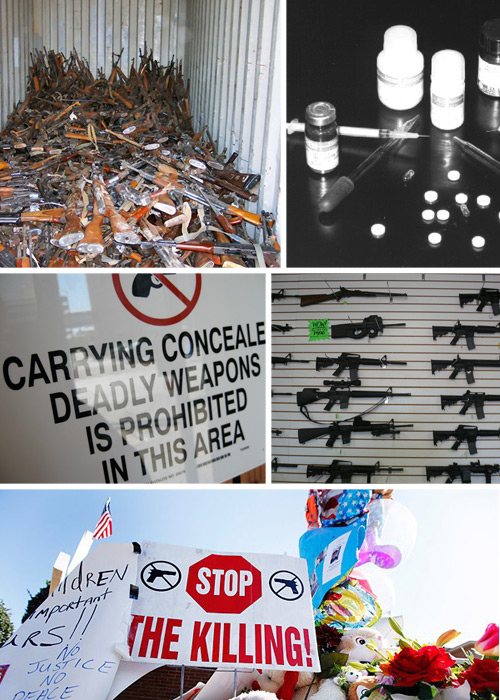 For decades, America has been locked in a heated debate with itself over gun control laws and safety. Every year, people are murdered with (legal and illegal) firearms, kids accidentally shoot one another and themselves, and the illegal firearm trade grows larger. Here are some ways that we might make gun control safer for ourselves and our children.

Legalize drugs. All of them. If drug addicts were required to register with the state (and were purchasing the drugs from safe, controlled storefronts that required paperwork like today’s medical marijuana process), we could prevent them from legally purchasing firearms.

Forget weed. Weed is nothing like methamphetamine, cocaine, heroin, or PCP. Users of hard, addictive, and often psychosis-inducing drugs like these would be registered and automatically disqualified from purchasing or owning firearms.

There have already been multiple cases of gun owners being denied license renewal and gun purchases due to their usage of medical marijuana. The debate over the legalization of marijuana has been called “the new prohibition” since the 70s. People using this relatively harmless controlled substance for medical use should not be the focus when it comes to gun laws. There are already studies proving that alcohol impairs vision and judgment significantly more than marijuana, yet there are no laws requiring alcoholics to register with the state, and only very vague and loose ones preventing them from owning firearms.

No More “Stand Your Ground” Laws 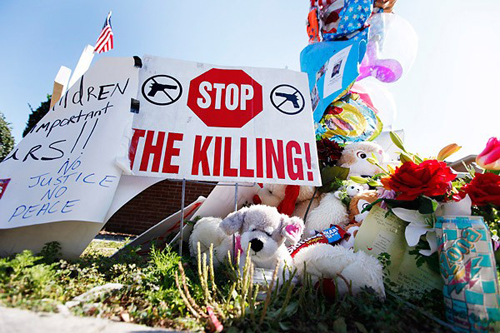 There is no reason that any state should have a Stand Your Ground law, which allows the right to use lethal force in self defense, usually in the home but sometimes extending into the public domain. The problem with this law is that it’s often used improperly, and not for self defense at all.

Stand Your Ground laws do more harm than good because they protect murderers. Every shooting death is different, and more importantly, circumstantial. A proper investigation and possibly trial should be able to conclude who was shooting to protect, and who was aiming to kill merely because they knew they could escape punishment for doing so.

Take the case of Adam Kind, a man who shot and killed a 20-year-old for hiding under his porch after a late night party was broken up by the host’s angry father. Kind was not in fear of Bo, nor was he acting in self defense. Kind had called the police multiple times that night to complain about the loud music — showing that he was clearly annoyed by the goings-on of the party — and wound up taking it out on a dumb, drunk kid hiding on his lawn. Kind went free. What should have ended in a simple public intoxication and trespassing arrest for Bo wound up taking his life instead, and the law says that’s just fine. 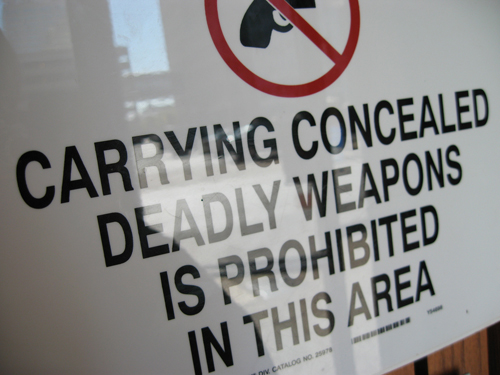 There are currently over 20,000 gun laws in America. That doesn’t stop hundreds of people from being shot to death every year. Some gun laws actually make it easier for predators to rob, rape, or kill their victims, and other make it more difficult for innocent citizens to protect themselves.

Waiting periods, high fees, and general difficulty obtaining a handgun license in some states all make it hard for law-abiding citizens to obtain guns for protection. Criminals, on the other hand, don’t have this problem. They obtain a handgun illegally, skipping the processes entirely. Many people think that more armed citizens implies more violence, but if criminals knew that most citizens were armed, they would most likely be discouraged from trying to engage in a gunfight. The best victims are defenseless, after all.

Amanda Collins was one rape victim who could have protected herself, had the law not prevented her from carrying her firearm on campus. Because she was afraid of the repercussions she might face if caught, she left the gun at home on the night of her on-campus attack. Consequently, she was raped and unable to defend herself. 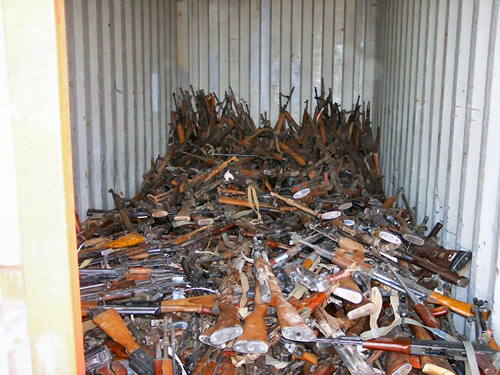 Gun accidents kill approximately 500 kids a year. If there were stronger gun storage laws implicating the supervisors of these children in accidental gun deaths between children, perhaps gun owners would think twice about where they leave their firearms.

The Centers for Disease Control and Prevention found that more than 1.7 million children live in homes with loaded and unlocked firearms. In many cases of accidental gun deaths in children, the kid finds a gun on a shelf, in a drawer, or merely lying around on a tabletop. Assigning harsher punishments to irresponsible parents and guardians who enable these types of accidents to happen would probably encourage more people to properly store their firearms. 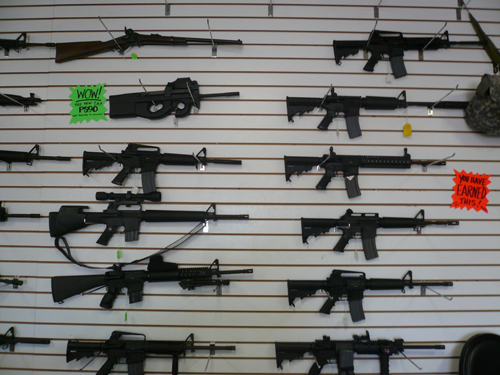 There are multiple small steps we can take to make gun ownership safer.

We might outlaw automatic weapons entirely because of their ability to ‘spray’, taking out innocent bystanders in the process of being discharged.

If serial numbers were placed in a harder-to-scratch area or imprinted using a scannable chip instead of printed numbers, less people would be able to remove the digits.

WalMart should probably not be selling guns to any random passer-by who wants one. While background checks don’t always prevent guns from falling into the wrong hands, purchasing a gun should not be as easy as strolling into your local WalMart.

Requiring that gun owners take a gun safety glass before acquiring a firearm would also be useful. It would educate the owner on proper usage and storage of the firearm, make them aware of the dangers involved with gun ownership, and showcase some cases and statistics on accidental gun deaths to make sure that they’re hyper-sensitive to the importance of gun safety.