The world of marketing is a tricky thing. Most companies need to get the word out about their new product or service, but finding the best way to do it is often easier said than done when you want to be memorable, informative and entertaining all at the same time. Sometimes you win, sometimes you lose. Lose so very badly.

Here are nine examples of poorly conceived marketing campaigns that left the companies behind them with pie on their face. 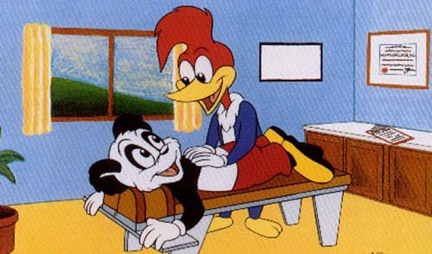 The Plan: Market a new touch screen PC with Woody Woodpecker as a spokesman

The Story: Back in the 90’s, Panasonic was all about making the Japanese home PC the awesomest thing it could be. User friendly, cool and down with the modern age. So naturally they got Woody Woodpecker to be the spokesman because 200 year old American cartoons really speak to Japanese consumers. With their Civil War era cartoon tie-in secured, the marketing team took the next logical step by naming the computer “The Woody.” The Woody, as you might expect, was superior to other computers because of its touch screen capabilities, which were naturally called “Touch Woody.” When an American finally explained why this made so many foreigners laugh like children, Panasonic managed to drop the “Touch Woody” name and shift focus to some of the PC’s other features including its support system, the much more maturely named “Internet Pecker.”