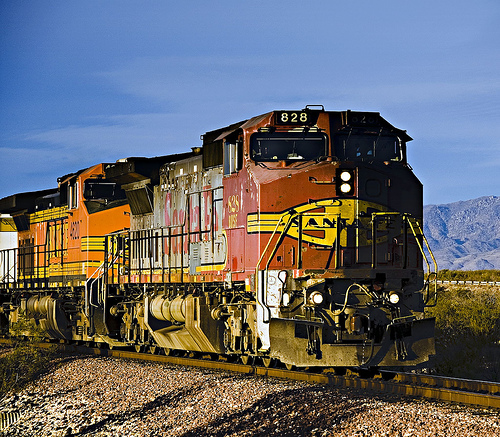 Berkshire has been building a stake in the Fort Worth, Texas-based railroad for more than two years as Buffett looked for what he called an “elephant”-sized acquisition in which he could deploy his company’s cash hoard, valued at more than $24 billion as of the end of June. Trains stand to become more competitive against trucks with fuel prices high, he has said.

Buffett needs “elephants in order for us to use Berkshire’s flood of incoming cash,” he said in his annual letter to shareholders in 2007. “Charlie and I must therefore ignore the pursuit of mice and focus our acquisition efforts on much bigger game.”

Buffett said in 2007 that railroads may prosper at the expense of trucks. “As oil prices go up, higher diesel fuel raises costs for rails, but it raises costs for its competitors, truckers, roughly by a factor of four,” Buffett told shareholders in 2007 at his company’s annual meeting. “There could be a lot more business there than there was in the past.”

Burlington Northern operates 32,000 miles of track, with 6,700 locomotives, according to its Web site. Most of the carrier’s network is west of the Mississippi, where it competes with Union Pacific. The company hauls cargo including grain, coal and so-called intermodal containers, which can move by a combination of rail, road and sea.