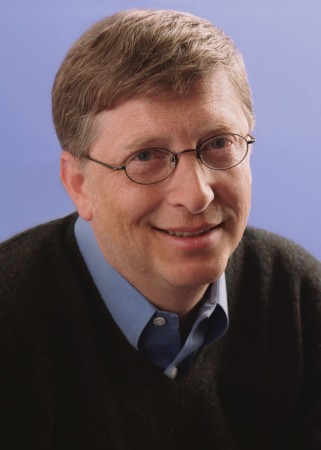 From the Sydney Morning Herald:

Microsoft co-founder Bill Gates says he was forced to abandon Facebook after too many people wanted to be his friend. Gates, the billionaire computer geek-turned-philanthropist who was honoured on Saturday by India for his charity work, told an audience in New Delhi he had tried out Facebook but ended up with “10,000 people wanting to be my friends”.

Gates, who remains Microsoft chairman, said he had trouble figuring out whether he “knew this person, did I not know this person”.

“It was just way too much trouble so I gave it up,” Gates told the business forum. Gates also confided to the audience that he was “not that big at text messaging” and that “I’m not a 24-hour-a-day tech person”.

“I read a lot and some of that reading is not on a computer,” he said.

Gates, who sought to drive a vision of a computer on every desk and in every home, said the information technology revolution had been “hugely beneficial” but added: “All these tools of tech waste our time if we’re not careful.”

Social media just wasn’t made for guys like Bill.