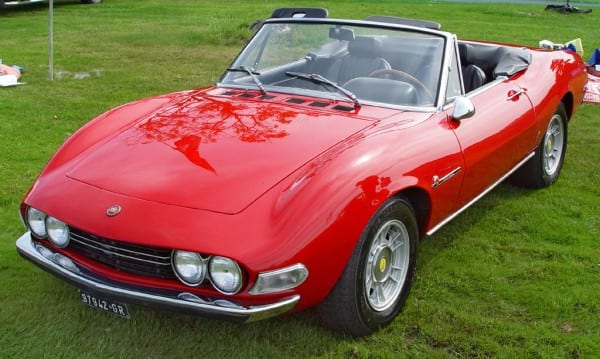 Reading about Obama’s Chrysler/Fiat restructuring mandate made me wonder: What’s in it for Fiat? Quite a bit, it turns out (from ANSA):

Fiat in January signed a preliminary non-binding agreement with the struggling American carmaker (Chrysler) to create a global partnership in the production and distribution of
automobiles and other motor vehicles. The non-cash accord calls for Fiat to take a 35% stake in the Number Three American carmaker in exchange for Fiat`s platforms for its fuel-efficient, small and medium-sized compact cars, which will fill a gap in Chrysler`s range of models.

The partnership is slated to be formalised sometime in April and would give Fiat access to Chrysler’s assembly plants as well as its sales and service networks. These are all necessary for the Italian automaker`s goal of bringing Alfa Romeo back to the US market and introducing its popular new Fiat 500 city car there, both of which need to be produced in the US to be profitable.

Fiat is also reported to have an option to acquire a further 20% in Chrysler should the partnership prove successful.

Obama is making the restructuring sound like it’s about Chrysler, but what I see is Cerebrus Capital, the American PE firm that owns Chrysler, edging out of a losing business proposition as best it can. Fiat gets a 35% stake debt-free, eases into the US market with existing products, and doesn’t have to fork up any cash.

Here are the benefits for both companies, in short (LeaseTrader):

Chrysler, the U.S. automaker most reliant on its home market and on trucks and sport-utility vehicles, would be able to tap Fiat’s lineup of small, fuel-efficient cars and a distribution network in Russia, China and South America.

Fiat would be able to share products such as trucks, SUVs and electric vehicles, a step toward Chief Executive Officer Sergio Marchionne’s goal of expanding an auto operation that he said on Dec. 6 was too small to survive without a partner. Italy’s biggest automaker also would return to the U.S. with main brands including Alfa Romeo that haven’t been sold in the country since 1995.

Fiat doesn’t have much going for it in the emerging regions mentioned above, with the exception of Brazil. So Chrysler isn’t exactly looking at a fabulous opportunity. It’s just a lifeline, for a company whose very existence implies political consequences.

Hungry Fiat, on the other hand, has a lot to gain–including access to crucial south-of-the-border markets. This isn’t about the US, as Obama says. It’s all about Fiat.