The journal Plos One has published the results of a study conducted by Royal Botanic Gardens and Coffee Forest Forum found that climate change threatening global coffee production. As the second most traded commodity in the world, coffee – particularly Wild Arabica and Robusta varieties – is greatly affected by carbon emission. Researchers developed crop models and used time intervals to predict crop production. They concluded that Addis Ababa, Ethiopia, where Wild Arabica is currently grown, production would be reduced at a decrease of 65% by 2080 in a best case scenario. In a worst case scenario, reduction would be reduced at a massive 99.7% decrease by 2080. These predictions do not include factors like rapid deforestation, pests, disease, bird population shifts, and flowering schedules in regions where crops are grown will only worsen the affects of climate change. 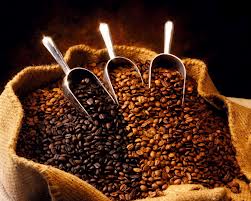 Lead researcher Aaron Davis from the royal Botanic Gardens offered to the journal: “The extinction of Arabica coffee is a startling and worrying prospect. However, the objective of the study was not to provide scaremonger predictions for the demise of Arabica in the wild. The scale of the predictions is certainly cause for concern, but should be seen more as a baseline, from which we can more fully assess what actions are required.”

Researchers stressed the importance of saving Arabica coffee because it is the world’s most sustainable, largest, and most genetically diverse coffee crop. They believe that ensuring conservation of Arabica is only possible with careful management and stringent funding to support production.