Natural disasters are extremely unpredictable, and they’re happening with increasing frequency. Many factors come together to drive up the cost of a natural disaster. Because of property damage, environmental damage, casualties, and a variety of other hidden expenses, the price tags on these occurrences tend to grow quickly.

Below, you can read about the ten most expensive natural disasters in history. The price described is the total economic cost, which includes both the accounting cost and the opportunity cost. 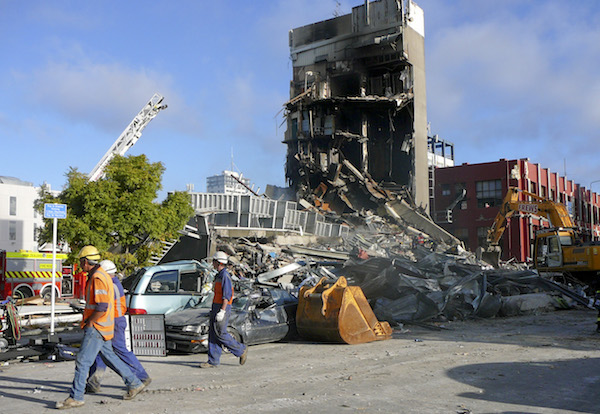 On February 22nd of 2011, an earthquake struck Christchurch, New Zealand. It registered as a 6.3 on the Richter scale, which is a scale used to measure the magnitude of hurricanes that take place outside the US. The US implemented a different scale called the moment magnitude scale in the 1970’s. This earthquake came less than six months after one in September of the previous year that had a magnitude of 7.1. The seismic activity was relatively shallow, and even though it lasted for just ten seconds, it cost over $40 billion, and there were 185 casualties. After adjusting for today’s inflation, the total cost was $43,659,658,840.84. 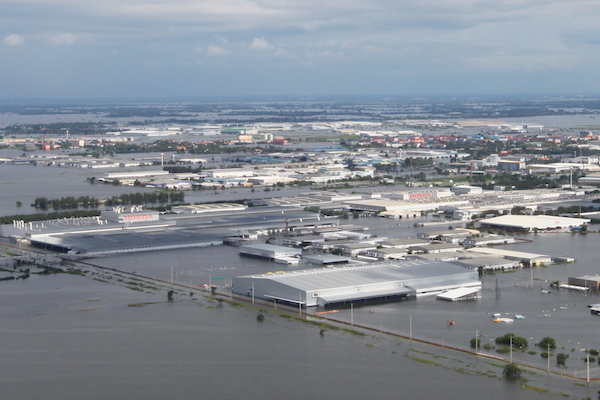 Monsoons are seasonal winds that bring a lot of rain with them July through October in Thailand. This is the wettest time of year in this part of the world. Towards the end of July in 2011, a tropical storm made landfall in Thailand, and that was what triggered the massive floods. Of the 77 provinces, 65 of them were declared to be flood disaster zones. The flooding persisted until January of the following year in some of the more extreme areas. The World Bank’s final estimate of economic damages was just over $46.5 Billion. After inflation, the cost comes out to $50,754,353,402.48. There remain three people missing from this disaster, and it claimed 815 lives. 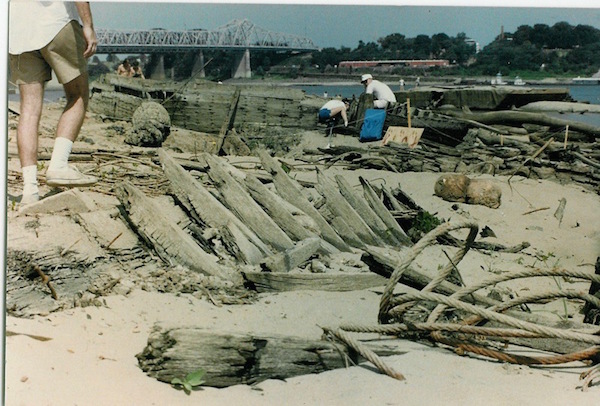 Pictured above is the Mississippi River in Memphis at the height of the drought. While the cost of this drought was only $60 Billion at the time, that is an incredible $118,799,516,129.03 after adjusting for inflation. The drought began in 1988 and continued into 1989, killing up to 17,000 people. This was a record-setting year in the longest interval between measurable precipitation, and lowest monthly total precipitation in a few areas. There were two concurrent heatwaves that summer, which was the primary source of casualties. This drought caused the Yellowstone fires in 1988, as well as many other wildfires across the country. 45% of the United States was affected, and this is in the books as the costliest drought in American history. 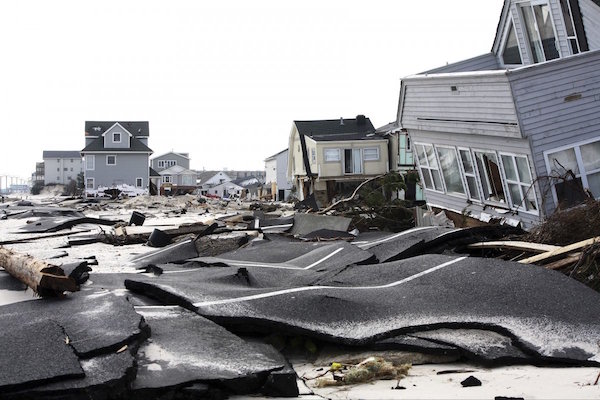 Hurricane Sandy struck along a path of 8 countries throughout October of 2012. Sandy is one of the fastest developing storms on record, beginning as a tropical wave on October 22nd, and growing to a Category 1 hurricane in just two days. At its strongest, the storm was a Category 3. The highest winds reported were 115 mph. Sandy’s reach was incredible. 70% of Jamaican residents were affected, losing electricity and seeing great structural damage. Flooding in Haiti displaced almost a quarter of a million citizens, caused a food shortage, and took 54 lives. Puerto Rico, the Dominican Republic, Cuba, and The Bahamas all saw casualties. The most extensive damage done by Sandy was in New Jersey and New York. At the end of the storm, it had affected 24 states including the entire eastern coast of the country. It cost $75 Billion at the time ($80,202,117,651.16 today) and took a total of 233 lives. 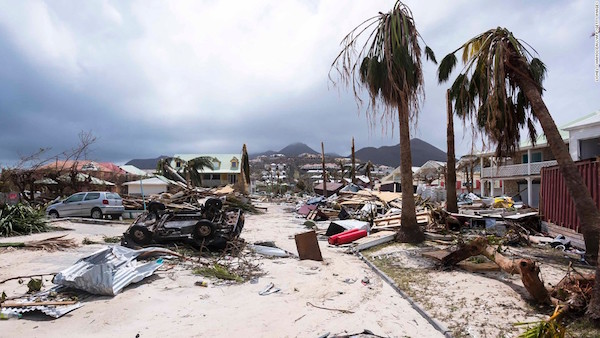 Hurricane Irma was the strongest Atlantic hurricane since 2005, with maximum sustained winds of 185 mph. The only storm in history to surpass Irma in wind speed is the subsequent storm, Hurricane Maria. Irma was a Category 5 hurricane for a period of time, and the storm did devastating damage in Barbuda, Saint Barthélemy, Saint Martin, Anguilla, and the Virgin Islands. There were millions of people displaced, whether from evacuation or property damage. Additionally, 102 people lost their lives. The total economic cost of Hurricane Irma is around $80 Billion. 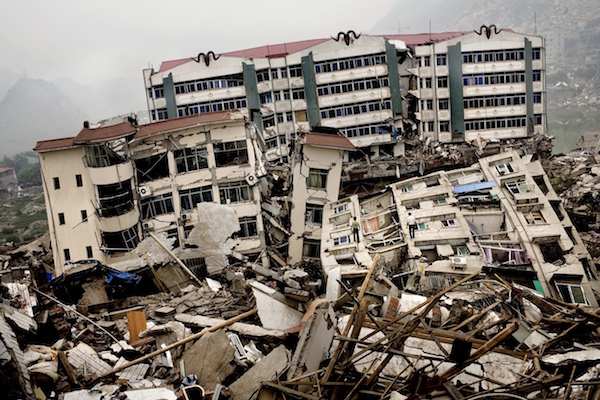 This 8.0 magnitude earthquake struck in Sichuan, China on May 12th, 2008. The quake was so strong that its effects could be felt as far away as Shanghai, a distance of 1,060 miles. In addition to costing $148 Billion, claiming the lives of 87,587 people, and leaving another 18,392 missing and 374,643 injured, this earthquake increased the stress along the faultline at which it occurred. What this means is that it has also increased the likelihood of a disaster of this scale to happen again. The original quake lasted over 2 minutes and was followed by 42,719 aftershocks of varying intensity. This caused a landslide, as well as structural damage to buildings and infrastructure. Also, when adjusted according to inflation, the total economic cost of this catastrophe is $168,770,579,137.31. 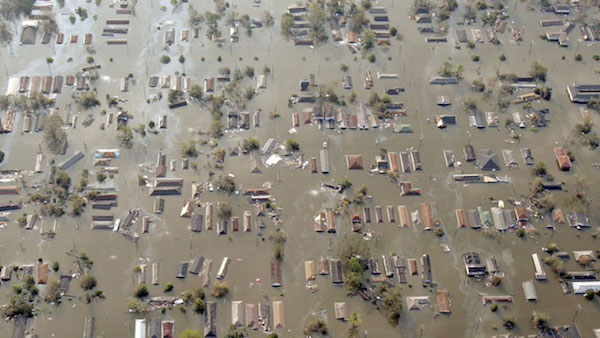 Hurricane Katrina was exceptionally short-lived to be a Category 5 storm. The storm formed on August 23rd of 2005 and lasted only seven days before dissipating. Before Hurricane Katrina, the most catastrophic hurricane to hit the United States was Hurricane Andrew in 1992. Hurricane Katrina did more than four times the damage that Hurricane Andrew did, costing $175 Billion and 1,836 lives. Hurricane Katrina also caused a record-breaking tornado outbreak across eight states affected by its outer bands. Over a period of roughly five days, 57 tornadoes touched the ground and generated an additional $23.1 Million in damage. In light of inflation, the total economic cost of Hurricane Katrina today is $219,999,103,942.65. 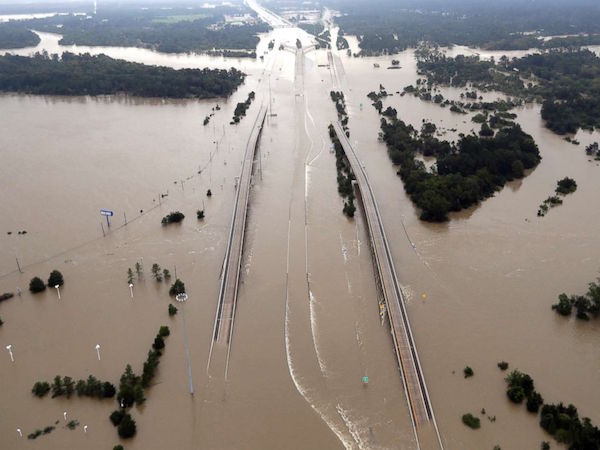 Just before Hurricane Irma, the United States came up against a slightly weaker storm called Hurricane Harvey. Hurricane Harvey was the first major hurricane to make landfall in 12 years, and it is on record as the wettest tropical cyclone ever experienced on American soil. Some areas saw an excess of 40 inches of rain in just four days. The floods resulting from this torrential downpour displaced over 30,000 people. 83 people lost their lives in this storm, and it had terrifying sustained winds of 130 mph. Thousands of homes were destroyed and the Texas Department of Public Safety currently maintains that 185,000 or more homes were severely damaged. Hurricane Harvey is considered the most expensive natural disaster ever to take place in America. It caused the spilling of crude oil and wastewater, along with countless other instances of devastation. 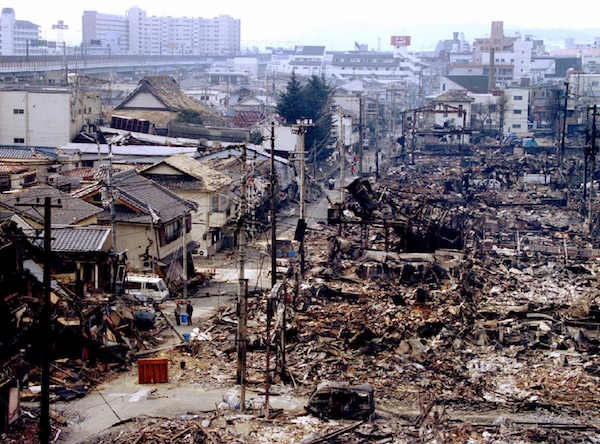 This same $200 Billion amounts to $322,203,412,073.49 in today’s money. 310,000 people were displaced, 43,792 injured, and 6,434 killed. This is sometimes called the Kobe earthquake, and it struck southern Japan on January 17th, of 1995. It had a magnitude of 6.9 and lasted for just 20 seconds. There were unsurprisingly a few days worth of aftershocks, but interestingly, foreshocks could be felt the previous day. The Great Hanshin Earthquake was the first time Japan declared an earthquake as the highest level of seismic intensity on the scale that they used. Structures that were ruined beyond repair included nearly 400,000 buildings. There were severe disruptions in utilities as well. After the quake, Japan’s stock market suffered considerably. 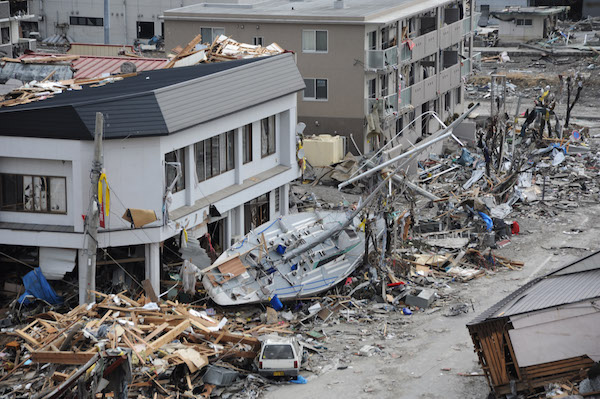 Total damage done by this earthquake on March 11th of 2011 includes a tsunami, landslides, flooding, fires, structural damage, and even a few nuclear incidents. This was an utterly violent disaster, the earthquake measured a 9.0 in magnitude, and the tsunami was 133 feet high. Over a million buildings were damaged, and millions were left without water and electricity. The quake lasted for 6 minutes and was followed by 11,450 aftershocks. The population was incredibly affected. 228,863 people were displaced; 2,562 people remain missing; 6,152 were injured and; 15,894 lost their lives. This earthquake shaped the response plans of all Japanese disasters going forward. At the time, the price tag attached was $300 Billion which accounts for $483,305,118,110.24 today.