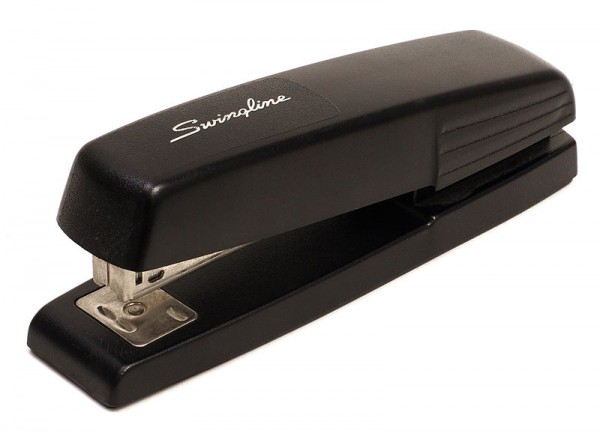 “(The financial crisis) was a fundamental disruption–a financial upheaval, if you will–that wreaked havoc in communities and neighborhoods across this country.”

If you’re wondering what’s inside the Financial Crisis Inquiry Commission’s 600+ page report on the causes of the financial crisis, released today in its full glory, the quote above should give you an idea. The report is no revelation–but who was expecting one? If you want a more colorful, informative idea of what the report is all about, read Kevin Depew’s brilliant take on it. And if you have the next two days to read the entire report, it’s embedded at the bottom of this post.

Here’s a summary of their main findings, none of which should come as a surprise if you’ve been living in American civilization for the past three years.

To me, the real highlights of the report were the quotes, many cliched, but some surprising, like “Tone at the top does matter and, in this instance, we were let down. No one said ‘no.'” Or “…the Office of the Comptroller of the Currency and the Office of Thrift Supervision, caught up in turf wars, preempted state regulators from reining in abuses.” This makes me think of two bureaucrats, one in a gray suit and one in tan, engaged in a stapler fight.

But in all seriousness, here’s the summary:

We conclude this financial crisis was avoidable.

The crisis was the result of human action and inaction, not of Mother Nature or computer models gone haywire. The captains of finance and the public stewards of our financial system ignored warnings and failed to question, understand, and manage evolving risks within a system essential to the well-being of the American public. Theirs was a big miss, not a stumble.

While the business cycle cannot be repealed, a crisis of this magnitude need not have occurred. To paraphrase Shakespeare, the fault lies not in the stars, but in us.

The prime example is the Federal Reserve’s pivotal failure to stem the flow of toxic mortgages, which it could have done by setting prudent mortgage-lending standards. The Federal Reserve was the one entity empowered to do so and it did not. The record of our examination is replete with evidence of other failures: financial institutions made, bought, and sold mortgage securities they never examined, did not care to examine, or knew to be defective; firms depended on tens of billions of dollars of borrowing that had to be renewed each and every night, secured by subprime mortgage securities; and major firms and investors blindly relied on credit rating agencies as their arbiters of risk. What else could one expect on a highway where there were neither speed limits nor neatly painted lines?

We conclude widespread failures in financial regulation and supervision proved devastating to the stability of the nation’s financial markets.

People had too much faith in the fact that the market would self-correct and that regulators actually policed the financial world, instead of sitting in its pockets. Emphasis on deregulation and self-regulation for the past 30 years set the stage for this. Nobody in government challenged “the institutions they were entrusted to oversee.”

We conclude dramatic failures of corporate governance and risk management at many systemically important financial institutions were a key cause of this crisis.

Banks took on too much risk with too little capital and were too dependent on short-term funding. “Like Icarus, they never feared flying ever closer to the sun.” Quants and mathematical models “replaced judgment in too many instances.”

We conclude a combination of excessive borrowing, risky investments, and lack of transparency put the financial system on a collision course with crisis.

Too many people “borrowed to the hilt,” leaving them “vulnerable to financial distress or ruin.” Banks hid leverage in their products, there was no transparency, and Americans were buying homes on devious mortgages. When it all crashed, “we had reaped what we had sown.”

We conclude the government was ill prepared for the crisis, and its inconsistent response added to the uncertainty and panic in the financial markets.

“…key policy makers of the Treasury Department, the Federal Reserve Board, and the Federal Reserve Bank of New York who were best positioned to watch over our markets were ill prepared for the events of (the financial crisis). Other agencies were also behind the curve.

We conclude there was a systemic breakdown in accountability and ethics.

We conclude collapsing mortgage-lending standards and the mortgage securitization pipeline lit and spread the flame of contagion and crisis.

We conclude over-the-counter derivatives contributed significantly to this crisis.

We conclude the failures of credit rating agencies were essential cogs in the wheel of financial destruction.

Read the whole sordid thing below: