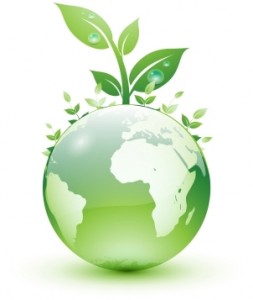 Spiegel reports that world economic woes have taken the wind out of green energy’s sails:

At the same time, the rising cost of capital is making it harder for both consumer and suppliers of alternative energy equipment and services to finance new green projects. The impact will be felt especially acutely by small, independent manufacturers and electricity producers, some of whom could go out of business or be forced to sell out to larger companies.

With demand weakening and prices in decline, the green sector is hoping for more government support to carry it through the economic turmoil. Many forms of alternative energy already enjoy government subsidies to move the cost of green power closer to parity with cheaper fossil fuels. Now companies are looking for direct investments by governments in clean energy projects.

Being leveraged to the hilt means going under for green startups. Big utilities companies, meanwhile, have a decided advantages both in buying smaller companies and receiving government funding. Green energy might be more of a slow, silent transition than an economic bubble.

It’s something to keep an eye on as Obama enters office.