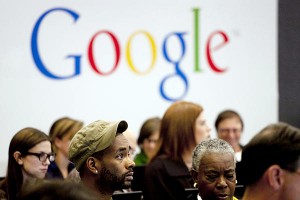 On Thursday, October 18, 2012, Internet giant Google’s reign as the world’s most impressive search engine slipped following an ill-timed mistake by financial printer RR Donnelley.   The glitch included the premature posting of its third quarter earnings three hours early and a massive response from shareholders.  The result was a downward nosedive in shares, a frantic trade halt ordered by Google executives, and a rapid scramble to recover what many have coined as “Google’s Earning Disaster.”

Google executives officially addressed the issue with a statement released mid-morning following the mistake.  It read: “Earlier this morning RR Donnelley, the financial printer, informed us that they had filed our draft 8K earnings statement without authorization.  We have ceased trading on NASDAQ while we work to finalize the document.  Once it’s finalized we will release our earnings, resume trading on NASDAQ and hold our earnings call as normal at 1:30 PM PT.” By mid-day, Google’s market capitalization had lost $22 billion.   In response, shares were halted, allowing some room to recover by market close at 4:00 p.m on Thursday and still rising as of mid-morning Friday.

With it’s biggest fall in stock prices since 2008, many experts predict the trend will continue despite strong optimism from its management and forecasters.   CEO Larry Page’s statement within the official earnings release read: “We had a strong quarter.  Revenue was up 45 percent year-on-year, and, at just fourteen years old, we cleared our first $14 billion revenue quarter” during which Google shares met Microsoft shares for the first time.  The added benefit of a rise in advertising growth and the development of mobile, laptop, and other device initiatives stemmed the slip – at least for now.  Page’s statement also included: “I am also really excited about the progress we’re making creating a beautifully simple, intuitive Google experience across all devices” due to its latest incorporation of a new Motorola unit.

Time will tell if Page’s optimism, supported by financial forecasters, carries through or if its a warning sign for competitors and colleagues.