Parks and Recreation‘s Aziz Ansari is calling for a boycott of IMAX, AMC, and Regal theaters. He claims the theaters are duping people by charging an extra $5 for IMAX shows that aren’t actually shown on IMAX-sized screens. Ansari explains the debacle in his blog:

I went with a friend of mine to see Star Trek: The IMAX Experience at the AMC Theatre in Burbank today. I drove out of my way to see the film on the large IMAX screen and paid an extra $5 for the ticket, which felt worth it at the time.

HOWEVER, we get in the theatre and its just a slightly bigger than normal screen and NOT the usual standard huge 72 ft IMAX screen. I was very upset and apparently this problem is happening all over at Regal and AMC theatres. Here’s a graphic representation of what’s happening at these “FAKE IMAX” screens: 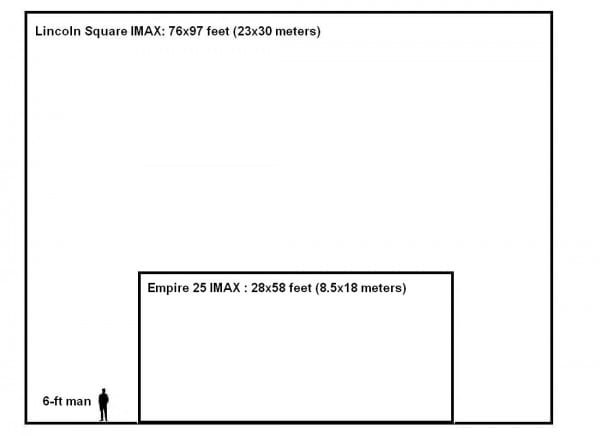 IMAX…has chosen not to differentiate its new digital projection system in any way from the 15/70 film systems it has been installing in giant-screen theaters since 1970. This despite the fact that, according to Imax VP Larry O’Reilly, its two major digital partners, AMC Entertainment and Regal Entertainment Group, both originally wanted to brand the new screens as “IMAX Digital”…virtually all of Imax’s customers and partners would like to see a distinct new identity for the digital system.

But (CEO Richard) Gelfond flatly rejected this possibility. Gelfond explained that the company feared an “IMAX Digital” brand might cast the older film-based theaters as “second-class citizens” in the public’s mind, since “digital” generally has connotations of “newer,” and “cooler.” Although this apparent concern for museums and other “old school” operators is touching, it seems far more likely that the company was worried that ticket buyers who noticed the difference between the average 4,800 square-foot (450 square-meter) 15/70 film screen and a digital one 1,250 square feet (120 square-meters) in area wouldn’t return to the smaller if they could see the same movie on the larger.

Imax Corporation, whose very name means “image maximum,” has spent four decades persuading the public that that name is synonymous with “big,” with giant screens, with an experience that is completely unlike that of conventional multiplex cinema. Widespread public preference for the “classic” experience would harm Imax’s return on the tens of millions of dollars it is investing in the 170+ joint venture deals it has signed.

If, for perfectly understandable business reasons, Imax now has to move into those smaller screens, let it distinguish this new product from the other screens in that theater, as a “premium multiplex experience,” as Sydney’s Mark Bretherton has suggested.

By not distinguishing between two different products, Imax has degraded its brand with all customers. And far from protecting the film-based theaters from second-class status, it has lowered the public’s perception of all IMAX theaters. This has even led some theaters in the institutional segment to consider dropping the IMAX brand from their marketing and perhaps even their signage. When your oldest customers want to disassociate themselves from your brand, something is wrong.

Hyder wrote the above article in 2008, shortly after CEO Gelfond rejected rebranding the smaller IMAX screens. Back then, it was just a matter of time until some passionate blogger or Twitterer spread the story of IMAX’s bad branding move. 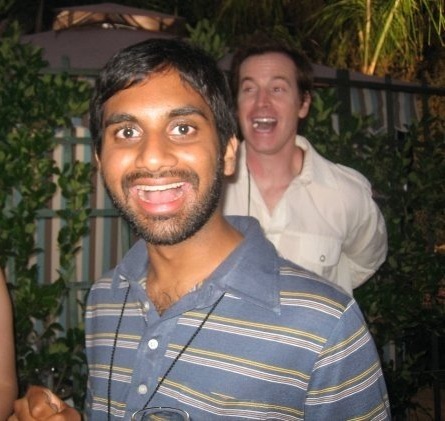 After an AMC manager refused to refund him $5 for his small-screen IMAX experience, he blogged and tweeted for people to boycott IMAX. In short:

Manager: Sir, we can’t refund the money, you saw the whole film.
Aziz: I don’t want $15, I just want $5 cause AMC lied about IMAX.
Manager: Sir, I can give you popcorn and a drink.
Aziz: I don’t want to go home and drink a nasty soda and eat nasty ass popcorn. I want my $5 back. Its not about the money, its the principle of the matter, ITS NOT IMAX.
Manager: Sorry, I can’t do anything.
Aziz: You know what Twitter is? I have 25,000 followers, I’m tell 25,000 people you run fake IMAX’s and that they should boycott AMC.

IMAX needs to ‘fess up and modify its strategy before people completely faith in its brand.