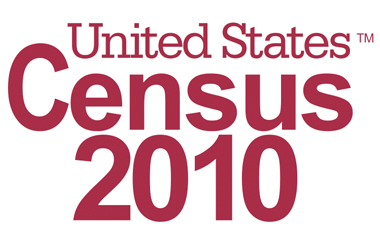 The US Census Bureau has received $11 billion to conduct the 2010 census, which takes place on April 1, 2010. On its surface, the census exists to count people for congressional zoning purposes. However, in a society with the scale and complexity of our current one, a people count can mean a lot more. Here are five ways the census will affect the economy:

Create jobs. The Census Bureau hired more than 860,000 people to help with the 2000 census. This year, the numbers could be higher. The government has a census jobs page here.

Allocate federal funds. A census helps the federal government decide where to send more than $300 billion worth of funds. If the census finds that certain communities lack in government-supported areas like healthcare, education, and law enforcement, the government may send money or resources to those regions.

Find new markets. Businesses can use census data to find out where to build homes, open stores, and target products.

Determine representation. The US census determines seats on the House of Representatives. Depending on the population count, states can gain or lose seats in the Senate (In 2000, Utah lost a seat to North Carolina by fewer than 1,000 citizens). The Washington Times speculates that growth states–most of which are Republican–will gain more seats in the House after the 2010 census.

Other factors. One economic downside of the census has to do with opportunity costs. The government claims the census is short, but if this list of questions (which includes another survey) is final, the form will take a little while to fill out.

Secondly, if you read the questions below–I informally summarized them from the official list–you might also find some of them rather probing. The 2010 census seems to contain a whiff of potential social engineering. See the questions for yourself:

Name
Age
Date of Birth
Sex
Marital Status
Have you given birth in the past 12 months?
Any granchildren living in the house?
Are you of Hispanic, Latino, or Spanish origin?
What is your race?
Is this a house, apartment, or mobile home?
Is it owned, rented, or occupied without payment?
How many people are currently living in this house/apt/mobile home?
Have you lived in this house for one year?
What is your phone number?
Please provide information for each person living here.
Where were you born? Are you a citizen of the US? If not, when did you move here?
Do you speak a language other than English at home? How well do you speak English?
Highest level of education completed.
Any military service?
Are you deaf/blind/otherwise disabled?
Food stamps?
List your income.
Are you laid off? Working? Temporarily absent from a job? Looking for work? Able to work?
What kind of employee are you? What are your duties?
How long did you work last week? Where? Any sick leave or other leave last year?
How many hours do you work per week?
Where did you work last week? How did you get there? What time did you leave home to get there? How long does your commute take?
How many cars does your household have?
When was your building built?
What kind of building is it?
How many bedrooms?
What kinds of plumbing/appliances are in the home?
How do you heat it?
Is there a business in the same building?
How much do you pay for utilities?
What’s your HOA? Real estate taxes? Insurance? Mortgage payment?
Are you covered by health insurance? What kind?
How many times have you been married? When was the last time you got married?