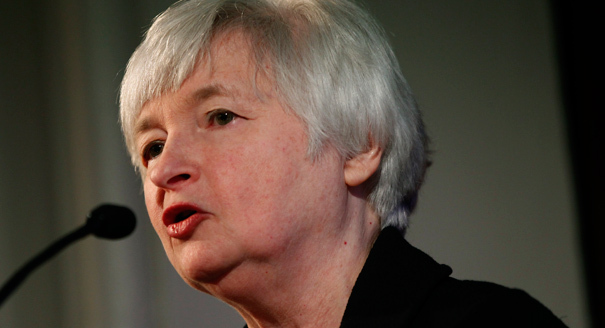 Federal Reserve Chair Janet Yellen squared off against U.S. consumer advocate Ralph Nader on Monday. Yellen told Nader we need to take a cautious approach to the pace at which interest rises.

In an open letter to Nader, the Fed chair repeated recent statements that the central bank should only gradually raise interest rates.

“An overly aggressive increase in rates … would at undercut the economic expansion, necessitating a lasting return to low interest rates,” Yellen said in the letter.

Yellen’s letter was in response to an October 30 message Nader sent to the fed chair. In his letter, he asked Yellen to consider the “humble savers” who are “frustrated by the Fed’s low rates and melodramatic debate about when to move higher”.

That letter was signed by the “Savers of America,” and suggested that Yellen, the first woman to head the U.S. central bank, consult her Nobel-prize winning husband George Akerlof about what to do next.

“Thank you for your recent letter,” Yellen said on Monday, adding that she and other rate-setters were “very well aware” of savers’ frustrations.

Yellen argues that a strong economy will serve savers better in the long run then a quick change to interest rates.