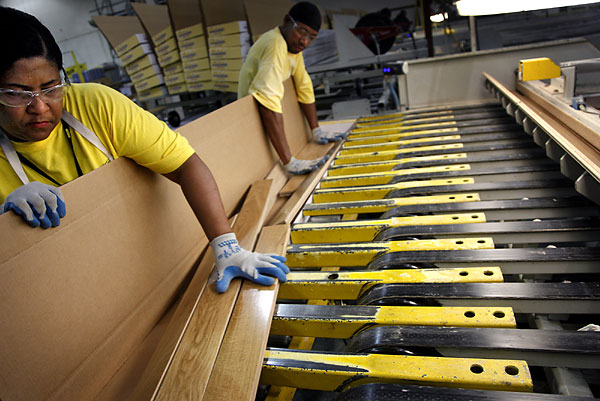 Lumber Liquidators Holdings Inc’s shares are crashing on Monday after the Centers for Disease Control and Prevention (CDC) reported on Feb. 18 that people exposed to some types of the company’s laminate flooring were three times more likely to get cancer than previously estimated.

The CDC estimates that 6-30 cases per 100,000 people, compared with the 2-9 cases it had estimated in a Feb. 10 report, could develop cancer because of the company’s products. The CDC said the revised results were preliminary.

The company’s shares were down more than 17% in pre-market trading. 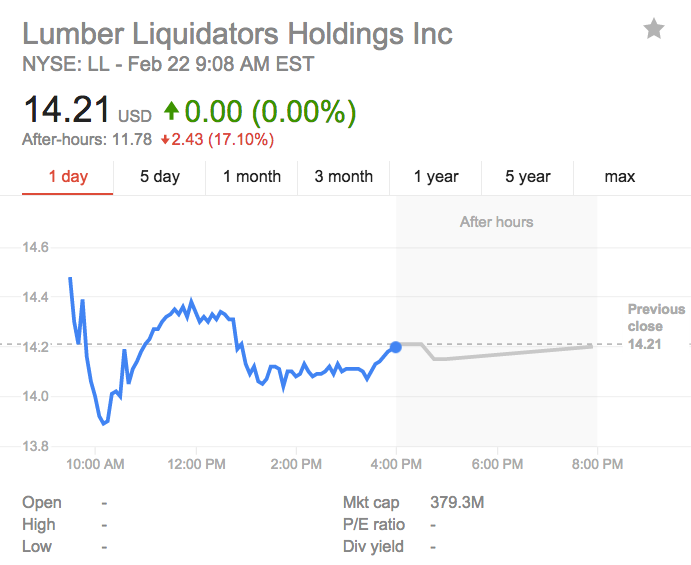 That’s the largest stock drop for the company in six months.

The CDC says it revised its numbers because it used an incorrect value to calculate ceiling height, which meant its estimates of the airborne concentration of cancer-causing formaldehyde were about three times lower than they should have been.

CBS “60 Minutes” reported on Sunday it was alerted to the possibility that scientists had not converted feet to meters in some calculations.

Lumber Liquidators had supported the recommendations of the CDC’s previous report on the safety of flooring made in China between 2012 and 2014.

The company’s shares have been in free fall since March when a CBS “60 Minutes” report found that the retailer’s laminates from China contained excessive levels of formaldehyde.

Lumber Liquidators’ shares had risen 17.5% since the CDC’s initial report.